Who Was Better? Bobby Orr Or Nicklas Lidstrom? 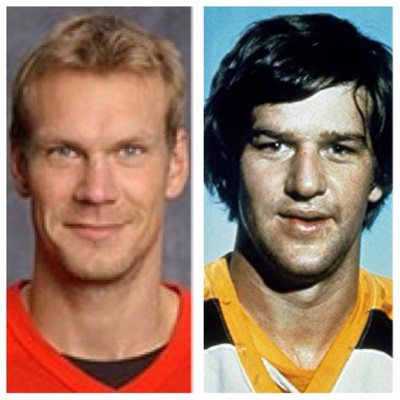 Comparing the two greatest NHL defenseman was not an easy task. The prolific skater Bobby Orr or the best European defenseman ever, Nicklas Lidstrom.

Bobby Orr is one of the greatest ever players of all-time. He was a defenseman and used his speed and play-making abilities to change the game. Even though his career spanned only 12 years, he was able to revolutionize hockey. Having been born into a family who loved hockey, it was no surprise that the young Orr decided to play hockey. He started playing organized hockey at five years old. Even though he was small and slender, he was talented and hard-working. He played forward before being moved to defense by his coach.

He began his professional career with the Boston Bruins where he played for ten seasons before playing for the Chicago Blackhawks. He is the only defenseman to have scored the most points and assists in a single season.

The Boston Bruin scouts took notice of Orr in 1961 while he was playing in a youth hockey tournament. The Toronto Maple Leafs and Detroit Red Wings were also interested in signing him. But he chose the Bruins in 1962.

He improved during the next two seasons leading up to the 1965-66 season where he scored 38 goals and 94 points.

He started playing for the Bruins as a professional during the 1966-67 season. He made his debut against the Detroit Red Wings dishing out an assist.

During that season he managed to score 13 goals and 28 assists, both records for a defenseman. He was named the league’s outstanding rookie earning him the Calder Memorial Trophy.

He could, however, play only 46 games during the 1967-68 season as he suffered from injuries ranging from a broken collar bone to a separated shoulder. Despite the injuries, he was named to the NHL’s First All-Star team.

He had a brilliant1968-69 season, even though he was in constant pain as his injuries had not healed completely. Despite the injuries, he played well and scored his first hat trick against Chicago.

His scoring total doubled during the 1969-70 season. He led the Bruins through the 1970 playoffs and scored the historic “Flying Orr” goal that gave Boston its first Stanley Cup since 1941.

He led the Bruins to the Stanley Cup in the 1972 playoffs where he scored the championship-winning goal against New York. He was also voted MVP of the 1972 NHL All-Star game.

In 1973, he broke the record for the most points in a game by a defenseman scoring three goals and dishing out four assists against the New York Rangers. The very next season he broke his own record for goals by a defenseman and scored 46 goals and 89 assists. His final season with the Bruins was 1975-76.

Orr signed with the Chicago Blackhawks in June of 1976 where, due to injuries, he played only 26 games. He retired in 1978.

At 31, he was the youngest skater to be inducted into the Hockey Hall of Fame.

Let’s get to know Nicklas Lidstrom.

Growing up in Sweden, Nicklas Lidstrom wanted to be exactly like his hero, the original Swedish superstar Borje Salming.

He is a member of the exclusive Triple Gold Club whose members have an Olympic Gold Medal, a World Championship Gold Medal, and a Stanley Cup in their trophy case.

He was drafted in 1989, 58th overall, and he spent his entire 20 year NHL career with the Detroit Red Wings.

Lidstrom made the playoffs in every one of his 20 years in Detroit, a record he shares with fellow Hall of  Famer Larry Robinson. He skated in 263 playoff games, three shy of teammate Chris Chelios‘ record. Lidstrom won four Stanley Cups in 1997, 1998, 2002 and 2008. He won the Conn Smythe Trophy as the MVP of the playoffs in 2002 and became the first European to captain an NHL team in 2008. He held the captaincy for six years following Steve Yzerman‘s retirement.

I spoke with Yzerman during Lidstrom’s Hall of Fame induction weekend in Toronto and asked him if he’d ever seen Nick out of position. The captain grinned and said “No…he’s the perfect human. I only saw him beat one-on-one a couple of times.”

Lidstrom’s Olympic accomplishments are noteworthy also. He played in four Olympic games for Sweden, winning the Gold Medal in 2006. He was inducted into the IIHF Hall of Fame in 2014.

Lidstrom was inducted into the Hockey Hall of Fame in 2015.

Here is a quick numbers comparison between the two Hall of Famers:

Bubby Orr did, in fact, change the way NHL hockey was played. He had unmatched speed and control. Lidstrom changed the game also as he helped open up the league to Europeans and he showed that they could be leaders and captains. No longer does that international barrier exist, thanks in part to Lidstrom’s efforts.

On the ice, Lidstrom was the best two-way player in the game. He made the attacker look silly most of the time. He made razor-sharp breakout passes and had an accurate slapshot. Nick also was able to avoid long term injury while Orr’s knee injuries ended his career early.

“If you could rattle him, (Lidstrom) you might get him off his game. except I’ve never seen him rattled. He anticipates defensively the way Wayne Gretzky and Mario Lemieux anticipate offensively,” said coach Dave Tippett.

At the risk of being detained on charges of blasphemy, I am saying Nicklas Lidstrom is the greatest defenseman of all-time, edging out the legendary Bobby Orr.