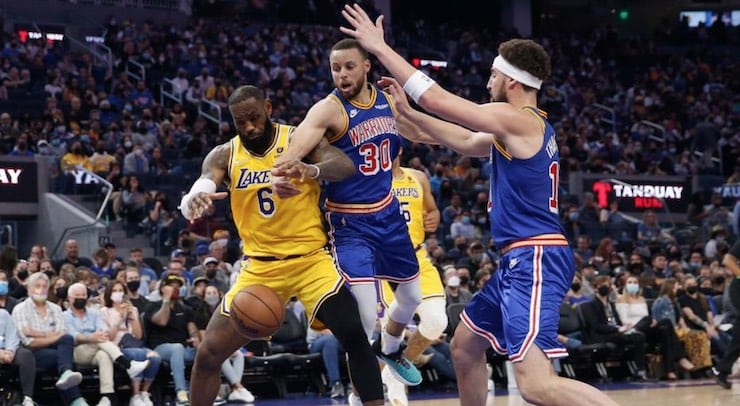 Thanksgiving will mark the second time in November that there will be no NBA games on the schedule.

There are also no NBA games featured on Election Day, which occurred on Tuesday, Nov. 8, 2022.

All 30 NBA teams will have a rest day on Thursday, meaning basketball fans will have to wait to see their favorite teams and players in action.

This year, the NBA schedule packed in a massive slate of games around American Thanksgiving.

There were 12 NBA games on Wednesday and there will be a whopping 14 NBA games played on Friday as well.

To find the last time the NBA played games on American Thanksgiving, basketball fans would have to go all the way back to Nov. 25, 2010 when TNT aired a doubleheader between the Wizards-Hawks and Kings-Clippers.

No NBA Games on Thanksgiving

Thanksgiving is one of the four isolated days that the NBA schedule doesn’t feature any games. It may have something to do with the fact the holiday hosts three NFL games, which now includes a primetime game that would conflict with the NBA schedule.

Generally, the NFL Thanksgiving games pull in over 30 million viewers, so it makes sense that the league wouldn’t want to compete. Instead, the NBA focuses on Christmas and holds five games over the span of the entire day.

Official Dates with no NBA regular season games in 2022-2023

There’s only a handful of days in the year that the NBA doesn’t have any regular season games.

For a complete breakdown of the days that won’t feature any NBA basketball, check out the list below.