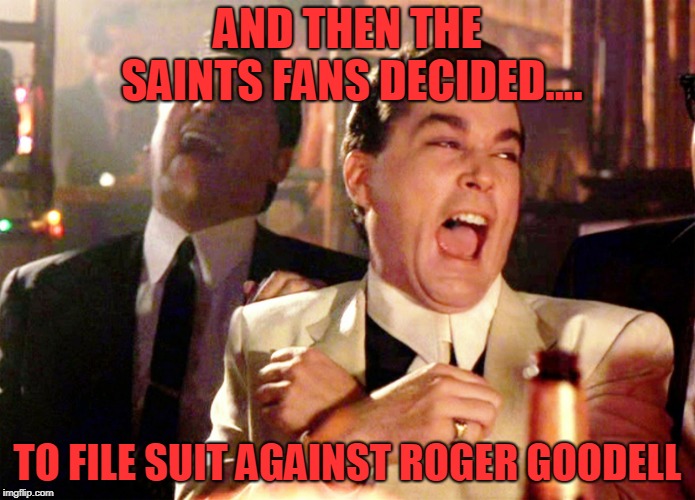 Who: The lowly Indianapolis Colts vs. the New Orleans Saints.

Where: The Superdome, New Orleans, LA.

When: 820 PM Eastern, Monday, December 16th. “Andrew Luck! Drew Brees! Two Super Bowl contenders square off in a late season battle here on ESPN..” Yeah, well, that really went to hell, didn’t it? The game being in primetime reminds me of the last time the Colts played in New Orleans and didn’t have a QB. The year was 2011. I’ll let you look up what happened. Go on, I dare you.

No, no, no, not that guy. Try as you might, Saint Cayetano isn’t walking through that door, people. It’s over, you’re too old, let go, nobody listen to techno. If you don’t get the reference, then dishonor on you, dishonor on your family, dishonor on your cow…alright, I’ll move on.

Look, the Colts have totally blown their season, from management on down. It’s a hell of a lot easier to cover up when you have an elite QB. Once again, a big part of the story are the injuries. Has anyone in the Indy media truly ever pressed the team about its medical staff and crappy playing surface? No? Too afraid of losing a scoop about whether the roof will be open, I guess.

The Saints are who we thought the Colts were – a legit Super Bowl contender – and they waste no time proving it against the Colts. Brisket looks like crap, the pass rush can’t get to Brees, and the Saints soon lead 27-0.

The low point for the Colts comes on 4th and 3 from the Saints’ 37 with 1:13 left in the 1st half. Brisket drops back to throw, and fails to see the entire Saints secondary has tripped and fallen to the turf. Zach Pascal is running free 30 yards downfield, but instead Brisket checks down to Jack Doyle, who gains 2.5 of the needed 3 yards. On the sideline Brisket is cornered by the team’s Quality Coach Farmer Fran, who tells him, “you live to play hheggjdh.” Brisket looks confused. “You live to play hheggjdh,” repeats the coach. “You live to play another day!” shouts Brian Hoyer.

Halftime is festive. The home team is cruising, drink is flowing, and there’s a Santa on the field tossing Frisbee’s to a dog. I don’t care how old you are, watching a dog sprint 40 yards and then leap to snag a Frisbee will never not be awesome.

There’s chaos down below. No one has any idea what’s going on. All of a sudden a fanboat races onto the field. It’s driven by a disheveled looking man with a full beard, and wearing bib overalls and sneakers. The disheveled looking man points towards the Colts locker room as a younger, also disheveled looking man races that direction. Security soon converges on the boat, but the man kicks it into gear and races off, never to be seen again. As he races off, he leaves behind a life jacket marked with “I gave my heart to this team!”

Chaos also ensues in the Colts locker room, The younger man walks in and says, “Remember when C-C-Chad K-K-Kelly showed up and the C-C-Colts beat the Saints? I love you friends.”

Kelly makes an immediate impact. Filling in for the injured Bobby Okereke, Kelly knocks the ball loose from Alvin Kamara. It’s picked up by Anthony Walker, who rumbles in for a score.

Moments later, Kelly’s under center for his first action of the season. It’s a reverse to Parris Campbell. He’s off to the races…he’s getting hemmed in…there’s the lateral, Kelly’s got it in stride…touchdown! All of a sudden it’s 27-14.

ESPN cuts to sideline reporter Lisa Salters, who is with Colts sideline reporter Larra Overton. “So Larra,” she asks, “what’s your prediction for the rest of this game?” “The Colts are going to win, 30 to 27.” “That’s interesting. How did you come up with that guess?” “Guess? That ain’t no guess. That’s what it’s gonna be.” A shaken Salters slithers away as Booger McFarland exclaims, “Whoa, be careful down there, Lisa!” Don’t mess with Larra.

Indy’s first drive of the 4th quarter stalls, and Reich sends out new kicker Chase what’s his name. Chase did a fine job last game of maintaining the status quo in the kicking department. This time his kick is true, and the Colts trim the deficit to 10.

Kelly’s not finished, though. Playing on special teams, his blocking off a fake kick springs Rigoberto Sanchez free, and Sanchez races in for a TD.

It’s 27-24, but time is running out. The Colts must recover the onside kick. Get this…Chad Kelly is out there with the rest of the kicking team. Can’t hold anything back now. Sanchez puts his foot into it…it’s a top heavy kick..it bounces…and Chad Kelly recovers the friggin’ football. As Kelly gets up from the pile, he holds the ball aloft in celebration, when out of nowhere he is smoked by Marcus Lattimore. There’s just no need for that in the NFL, folks. The personal foul tacks on 15 more yards, and the Colts are still alive. More importantly, Kelly is still alive after Lattimore’s attempt at opening up a can of whoop ass.

Frank Reich’s faced with a tricky situation. With 10 seconds and 2 timeouts left, he could 1) trot out Chase what’s his name to attempt a game tying 57 yard FG, 2) run a quick hitter to the sidelines to pick as many yards as possible, then bring out Chase what’s his name, or 3) he could just say screw it and go for the win. On the sideline, Kelly tells his coach, “I’ll catch it.”

Kelly takes the snap…he pitches it to Zach Pascal running right. It’s a sweep to a WR? Huh? What are you smoking, Frank? Pascal heads right, stops, and throws the ball. The Saints defense is completely bamboozled, and everyone totally forgot Kelly streaking up the sideline. The pass is a wounded duck, but Kelly stretches out and makes a spectacular one handed grab. Touchdown. Colts win!

Katy is a social media friend who is, as the heading suggests, rude. Alright well, not to me, but you understand. She lives in the NOLA area and is a Saints fan mostly because her husband was a fan when they met (related: he is suffering from severe mental and emotional issues). I mean, it is what it is.

When I approached her about contributing to this article, she declined and attempted (bless her heart) to put me in touch with someone who is apparently a passionate Saints fan. Getting a stranger’s opinion isn’t really what this article is about, so I was stuck, but Katy did deliver eventually:

“Who the hell knows what will happen with this game? If we can lose to the Falcons at home this year, nothing is certain!”

Monday marks the birth of Jodi, who turns *age redacted* Literally as I type this, she is #drunj and walking the streets of NOLA with Julie, who is also #drunj. They are on their way to celebrate with Indy radio host JMV, more commonly known as #JMVsux. Here’s a pic Jodi took in London back when the Colts totally blew it against the crappy Jags. It’s JMV with…some girl (Sup D lol). 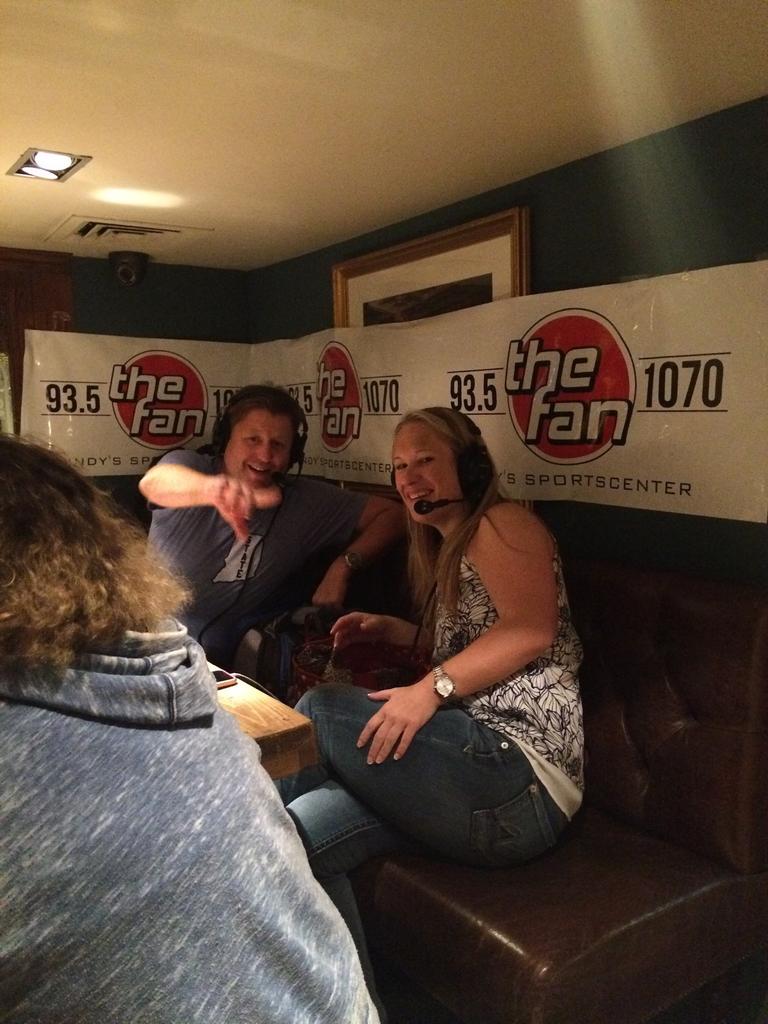 Jodi also corralled this #JMVsux dude for a selfie today. It’s a nice picture other than the whole JMV thing. 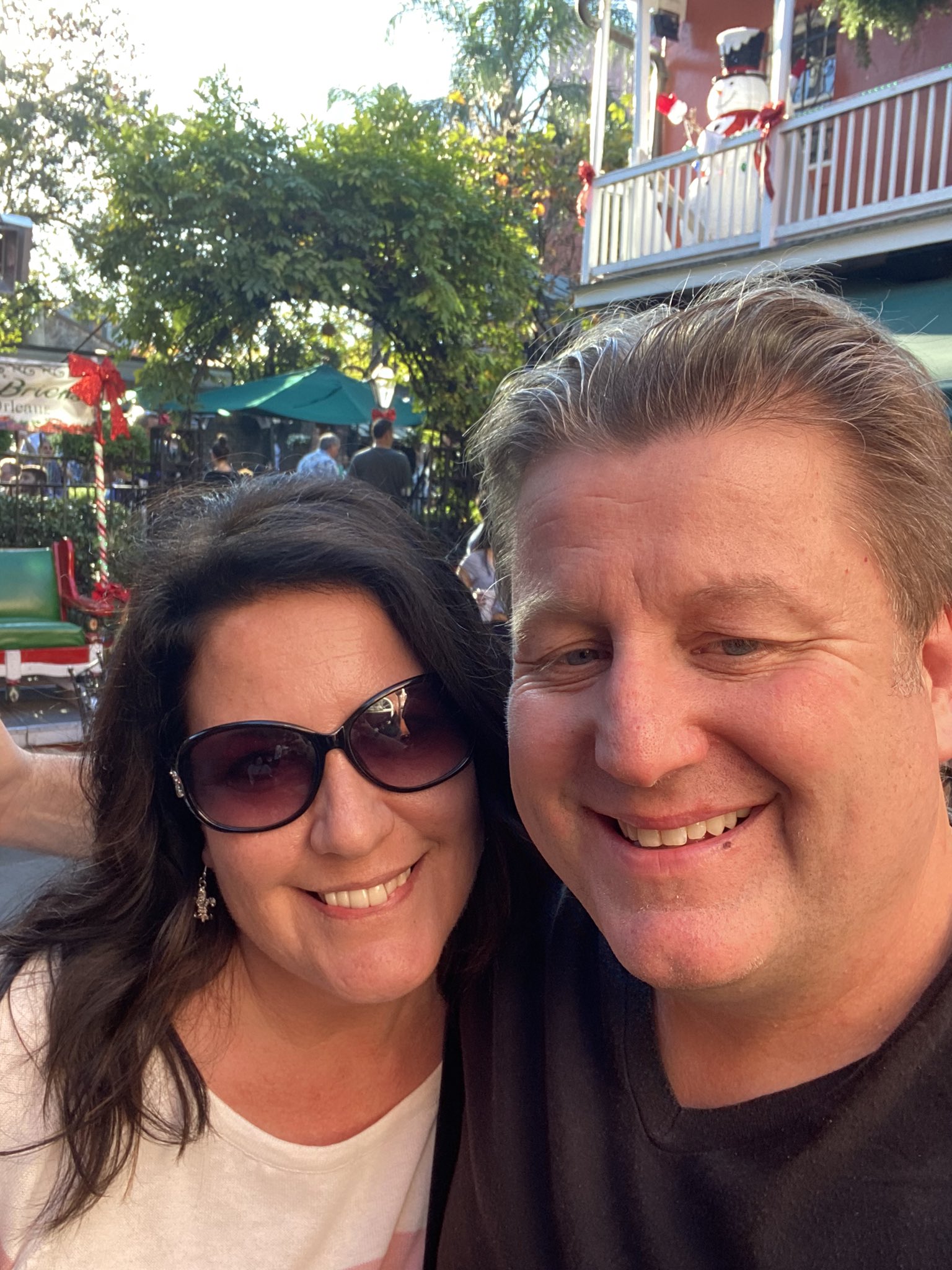 This a beer and these are the eyes of inebriation, or something. But what eyes. Whew/ 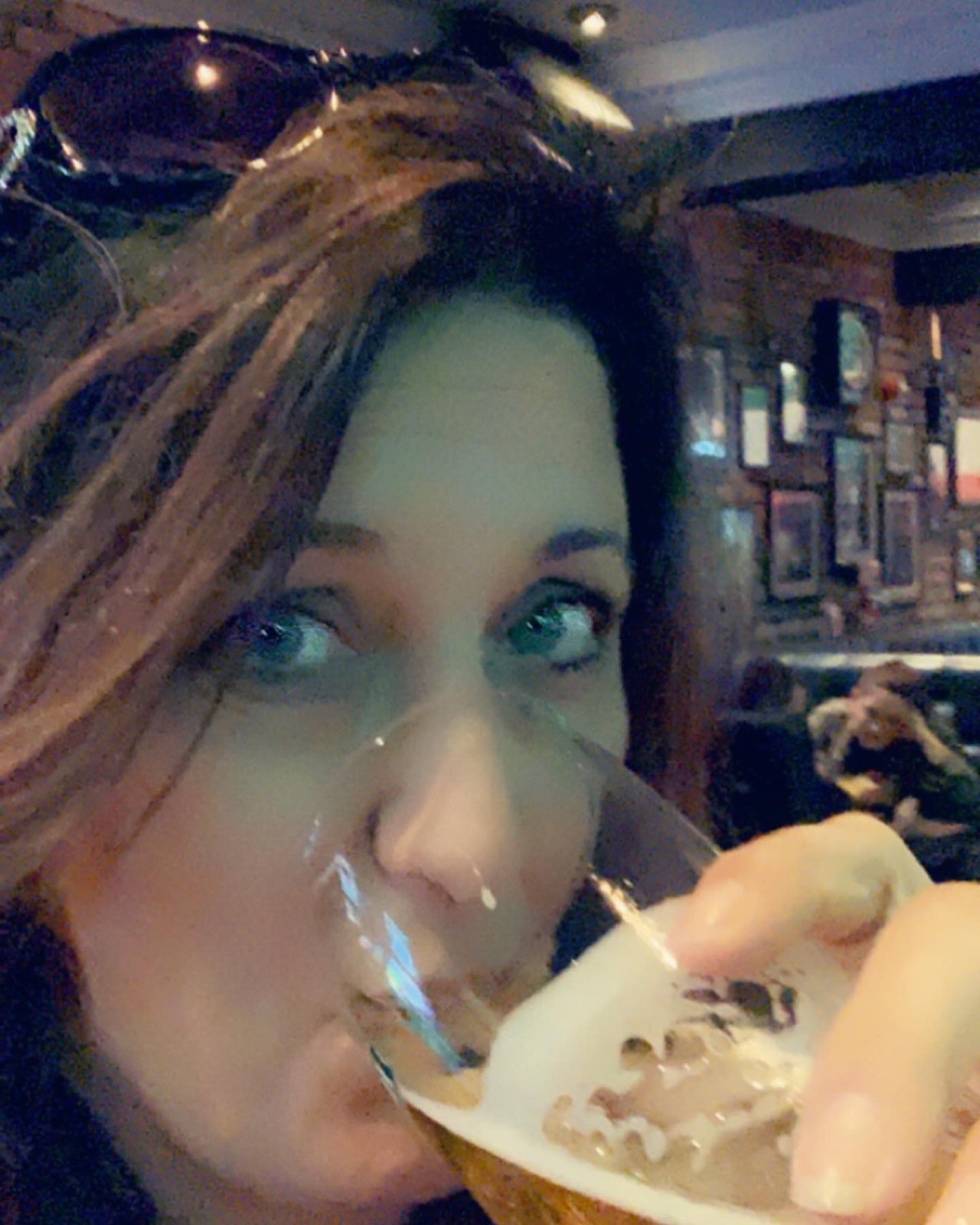 You have to love someone who makes you laugh and allows you to do your thing, even at their expense. Over the years I’ve denied her requests for time off work even though we don’t work for the same company, boo’d the Pacers even though I’m a fan, thrown rotten fruits and vegetables at her, and hosted Metallica concerts in her backyard. Don’t worry, she hits back on occasion. It’s all great. She’s the best.

Jodi, I hope you have a great birthday, but remember you’re in NOLA to visit, not to see the Colts. Also, tell that #JMVsux guy the rug is lookin’ nice.