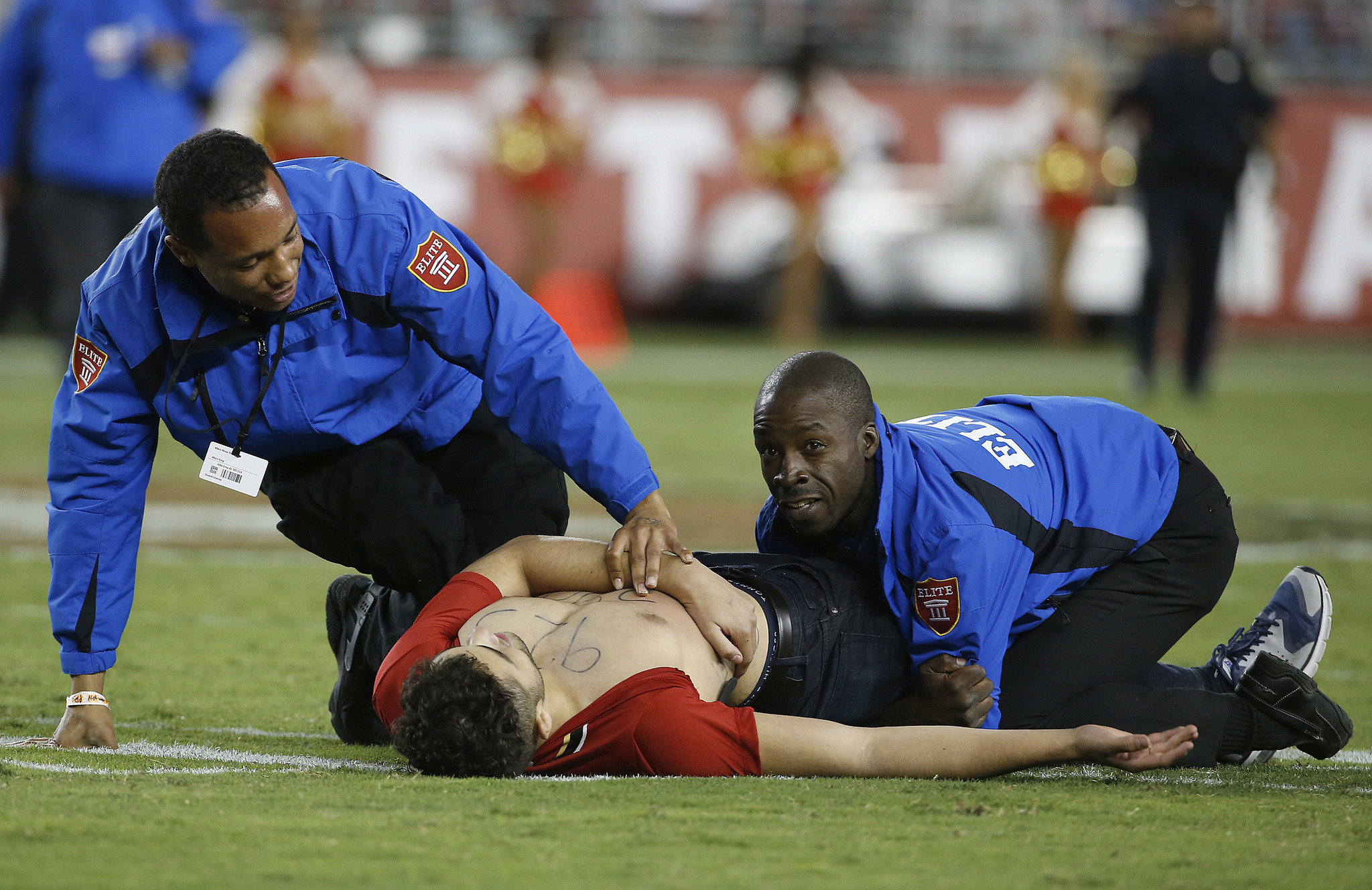 Who: The lowly Indianapolis Colts vs. the average Minnesota Vikings.

Where: U.S. Bank Stadium, Minneapolis, MN. A spiffy new building with a roof on it, which is nice because Sunday’s high temperature? Minus 7. Baby, it’ll be cold outside.

When: 1 PM Eastern. Sunday, December 18th. TV: CBS. Kevin Harlan and Rich Gannon will be on the call again this week, so if you’d rather avoid a rehashing of last week’s debacle, you can find another game to watch here.

1. You cannot be serious

In light of how this season has turned out, does anyone think the Colts are going to score more than the Vikings?

I hate that the quality of these “score more” pieces isn’t the same as last season, but this is the kind of thing that happens when you try to write creative stuff about a team – an organization – that is so uninspiring. I’ve tried my best, folks. I promise.

Of course they can. Right? I mean, on the scale of possible things that can happen in this world, this would rank fairly high. Like, above getting struck by lightning or eaten by a shark, right? Surely.

But first, I have to share this story. I’m sitting here – not on my couch either, TJ Green – trying to write this, and I hear what sounds like a lawnmower coming from the neighbor’s house. It feels like 24 outside, and is nearly dark. My neighbor is mowing his grass. I have no clue if he’s a Colts fan or not, but he’s given me an idea: Rather than watch this game I’ll mow my lawn instead, even though the high temperature Sunday is only supposed to be around 20.

Anyway, where was I? Oh right, they can surely score more than the Vikings. I just laughed out loud.

Despite an offensive line starting three rookies, and despite taking a season-best 76 hits from the vaunted Minnesota pass rush, Andrew Luck plays pretty well and keeps the Colts in the game  Trailing 27-23 with under 4 minutes left, Luck takes over on his own 5 and begins to march the team down the field. Things are looking good. As Luck takes the next snap, a couple of drunken fans rush the field. Their double move – one going outside of Dwayne Allen and the other going inside of Anthony Castonzo – completely befuddles the Colts’ line. Allen barely touches his guy, who destroys Luck. Fumble!!! The ball is picked up by Vikings safety Harrison Smith, who returns it 78 yards for the game clinching score. In the booth Kevin Harlan is ecstatic. On the field TY Hilton looks like he’s ready for an 8 state killing spree. After watching 3 minutes of stadium replays, Chuck Pagano finally decides to throw the challenge flag. His challenge is overruled, as referee Jerome Boger rules the play stands because the fumble was “a clear and immediate recovery” by Smith. On the sideline, TJ Green pulls his phone from his sock and tweets a middle finger emoji to the Vikings Twitter account, adding that “drunken fans don’t know how to play the game.”

Wait a minute, wait a minute. For a second there I thought I was doing “Why the Vikings will score more than the other guys,” as though they needed the extra help.

Alright, so….despite taking a season-best 76 hits from the vaunted Minnesota pass rush, Andrew Luck keeps the Colts in the game  Trailing 27-23 with under 4 minutes left, Luck takes over on his own 5 and begins to march the team down the field. Things are looking good. As Luck takes the next snap, a couple of drunken fans rush the field. Their double move – one going outside of Dwayne Allen and the other going inside of Anthony Castonzo, does not fool Luck at all. He stiff arms the first fan, driving the guy’s shoulder into the turf and fraying his labrum, then ducks and hits the other fan low, lacerating the poor fella’s kidney. Luck rumbles for a first down before a surprised Minnesota defense brings him down. In the booth Kevin Harlan is ecstatic. On the field TY Hilton looks like he’s ready to go on an 8 state shopping spree. On the next play, Luck evades another fierce pass rush and hits Jack Doyle with a 12 yard strike for what proves to be the game winning score. Not seeing a replay, Chuck Pagano decides to throw the challenge flag anyway. His challenge is overruled, as referee Jerome Boger explains that any head coach who challenges his own team’s touchdown is an idiot and should be “clearly and immediately fired.” On the sideline, TJ Green pulls his phone from his sock and tweets a middle finger emoji to the Vikings Twitter account, adding “I’d never take a shot at your fans. Not in a million years. But if the weird looking Viking hat fits, wear it.”

The Colts cheer group has been pretty silent on social media this season, indeed confirming that the organization has sucked the life out of everything near it. It could be worse. We could root for the Browns instead. They don’t even have cheerleaders.

If the last one doesn’t make you love your country, you’re helpless.