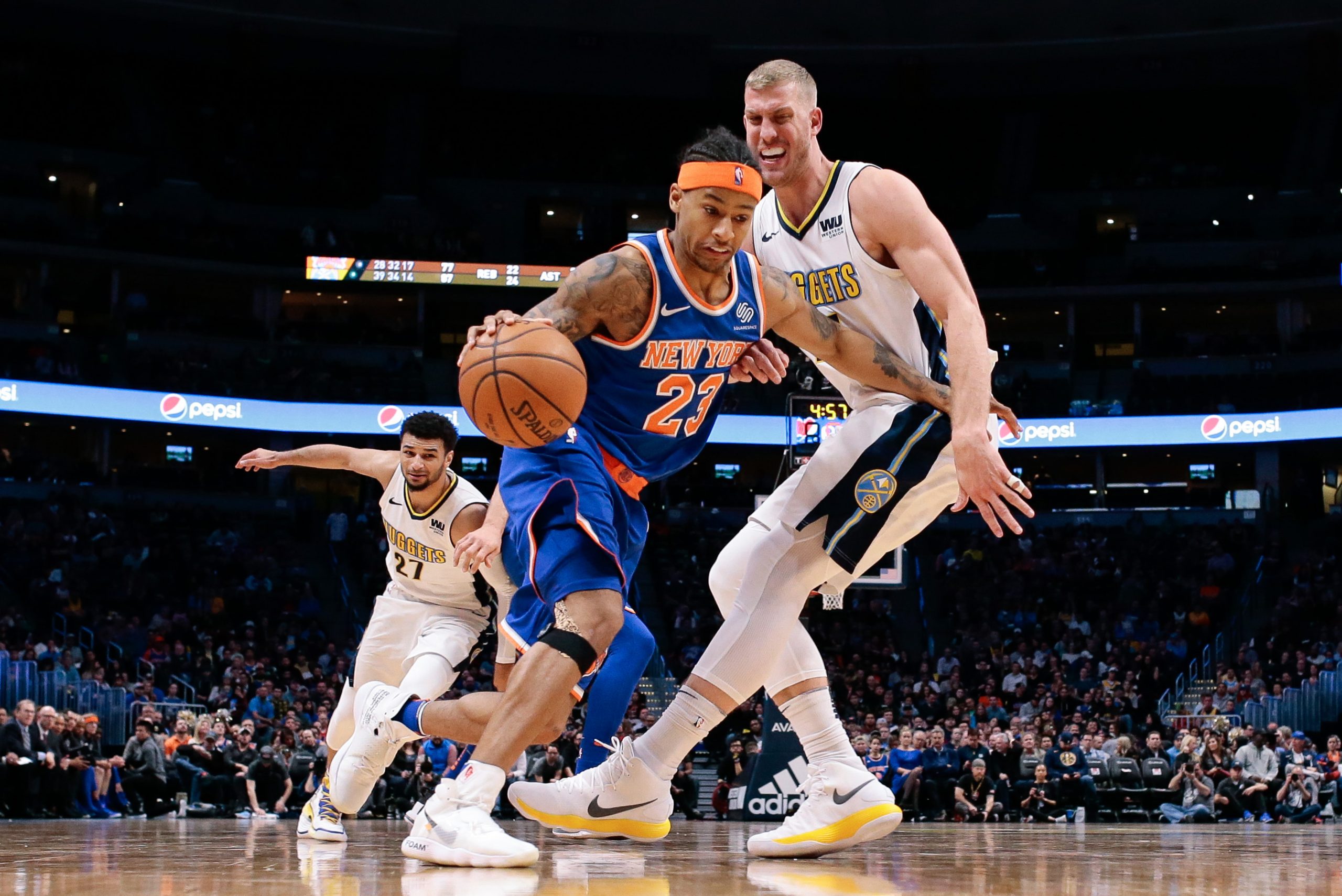 Since entering the new year, the Knicks’ most recent struggles and respective challenges have suggested they overachieved to begin the campaign. Though they initially flirted with a .500 record, the team’s recent west coast road trip exposed many flaws. Hope of a postseason birth is slowly fading away and New York is looking more like a potential seller toward the trade deadline with each passing day.

Normally when a team comes to such a realization, a certain transition occurs and younger players that stand to have more of an impact on the future are given extensive looks with more minutes and responsibility, as a means for development. Recognized by the NBA and set to take part in All-Star Weekend, the Knicks have a “Rising Star” on their hands in Frank Ntilikina. While Jarrett Jack has done a solid job as a veteran leader and floor general for this team, such prowess hasn’t resulted in a very successful January. If Jack’s minutes aren’t resulting in more wins, Ntilikina should eventually be the beneficiary of more minutes. The rookie’s decision-making needs to mature and the Knicks need to work with him to develop more of a calm and steady demeanor when running the floor. If Ntilikina himself is overzealous, such a haphazard approach will be infectious to those around him and that certainly isn’t a good thing. Still, if the Knicks aren’t playing to win, allowing the 19 year old to work out the kinks on the court may improve the future, even if it isn’t pretty in the meantime.

Ntilikina is a big part of the core group that holds the keys to New York’s future. No one is denying that. Nevertheless, there seems to be some concern that the emergence of new acquisition Trey Burke will burden Ntilikina’s development. Quite frankly, there’s no reason the pair can’t co-exist. What’s more, bringing in Burke and subsequently playing him key minutes (much like Coach Jeff Hornacek has chosen to do over the past week and a half or so) will have no negative impact on 2017’s number eight overall pick.

Ntilikina looks to have a bright future, but it’s difficult to dispute that Burke is — at this point — a more ready NBA guard. After all, Burke, a lottery pick in the 2013 NBA Draft, has four seasons in The Association under his belt. He’s faced the necessary competition and understands the tempo of a big league game. At 25, he’s played at the professional level and even had time to develop and come into his own following his collegiate experience at Michigan. Burke makes things happen. He’s explosive around the rim, can attack the defense and has a good handle on how to manipulate the speed of a given contest. Just 19 years old, Ntilikina can’t say the same. After becoming the G League’s second-leading scorer before his call-up, Burke has jumped out to averages of 9.3 points and 3.8 assists on a 62/43/83 shooting clip through his first six appearances with New York. As the Knicks prepare to take on the Nets on Tuesday, Burke will head in on the heels of back-to-back 18 point performances. Playing at a rather high level, there’s no way Coach Hornacek can look the other way and choose not to play him. Burke’s earned the right by providing the Knicks with so many things they’ve lacked in recent weeks. The fact that Ntilikina hasn’t provided a similar boost isn’t his new teammate’s fault.

Ntilikina is averaging 20.4 minutes per game this season, logging 16.8 through his last ten. Burke is averaging 13.2, but his role has certainly become more prominent in the last two or three games. That being said, the rookie’s decline in minutes began before Burke even arrived. Ntilikina isn’t ready to shoulder the burden of heavy minutes, especially if something like a postseason birth is at stake. Until the Knicks officially throw in the towel on this season, it makes sense to give Burke more looks and find ways for both reserves to complement Jack.

Aside from Burke’s offensive spark, Ntilikina is a defensive pest. He’s grabbed 3 steals six times this season. What’s more, nurturing his ability to guide an offense is also a priority. He’s shown potential there as well, tallying 7 or more assists on nine occasions this year. By playing the two alongside one another, Coach Hornacek has demonstrated a commitment to the development of each one. Surprisingly enough, such a strategy has also shed light on Ntilikina’s significance as a potential off-guard moving forward.

Burke and Ntilikina have different strengths and can share court time as responsibilities are divvied up. They can co-exist without concern, especially as the Knicks (as hopeless as it may be) continue to compete toward a playoff spot.