Wisconsin and Minnesota Set for a Rematch 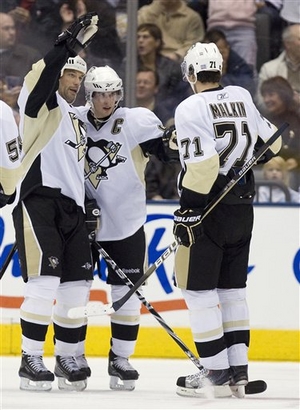 The Matchup: Wisconsin vs. Minnesota

About University of Minnesota

Notable: The Gophers started as the pre-season number one team in the nation after reaching the NCAA National Championship Finals last season. The team has not lived up to expectations sliding further and further down the polls. Since the Gophers and the Badgers last met Minnesota has dropped two games one to top-ranked Minnesota State and the other to Minnesota Duluth in the Second Annual North Star College Cup.

Notable: Since the last meeting between the Gophers and Badgers, Wisconsin got swept at home by Michigan being outscored 13-4 on the weekend. Eddie Wittchow is now back and eligible to play after serving a two-game suspension for a hit during the final seconds of the last time the Badgers and Gophers played.

With the Badgers season all but washed away, the team is still searching for their first win in Big Ten play.

It is odd to think that a home series against Minnesota would be a great chance to steal some wins, but it looks like that might be the case.

Minnesota is slumping; their team has not been living up to their own and the nation’s expectations. There is a sense of panic in Minnesota for Don Lucia and his boys and it could be what gives Wisconsin an Edge in this series.

Wisconsin-Minnesota hockey games are always competitive, both teams know each other very well, and both teams do not seem to fond of each other (understatement of the century).

The late surge by sophomore Grant Besse has been a lone bright spot for the Badgers. The Plymouth, Minnesota native has scored in three of the last four games for UW. His energy really started to pick up during the Badgers series against Minnesota, so look for him to net a couple this weekend.

Recent history also would favor the Badgers at home. Last year, Wisconsin recorded a sweep of the then top-ranked Gophers in a surprise upset.

One major key to winning this series will be penalties. Minnesota’s power play is one of the best in the nation operating at about 25 percent. The Badgers cannot afford to take penalties and give Minnesota time to set up their power play unit.

Tempers flared in Minnesota in the last series resulting in a mini-brawl right before the final horn of the series finale. With the teams meeting again so closely after, look for some chippy play early.

I really like Wisconsin in this series. It may be ridiculous to believe that this team could win two games in a row let alone one but I have a good feeling about this series. Wisconsin is playing for pride the rest of the season. They need to be feeling like they need some sort of statement to remind the Big Ten that they are not a joke. Badgers sweep at home.