Withdrawals At The Bank 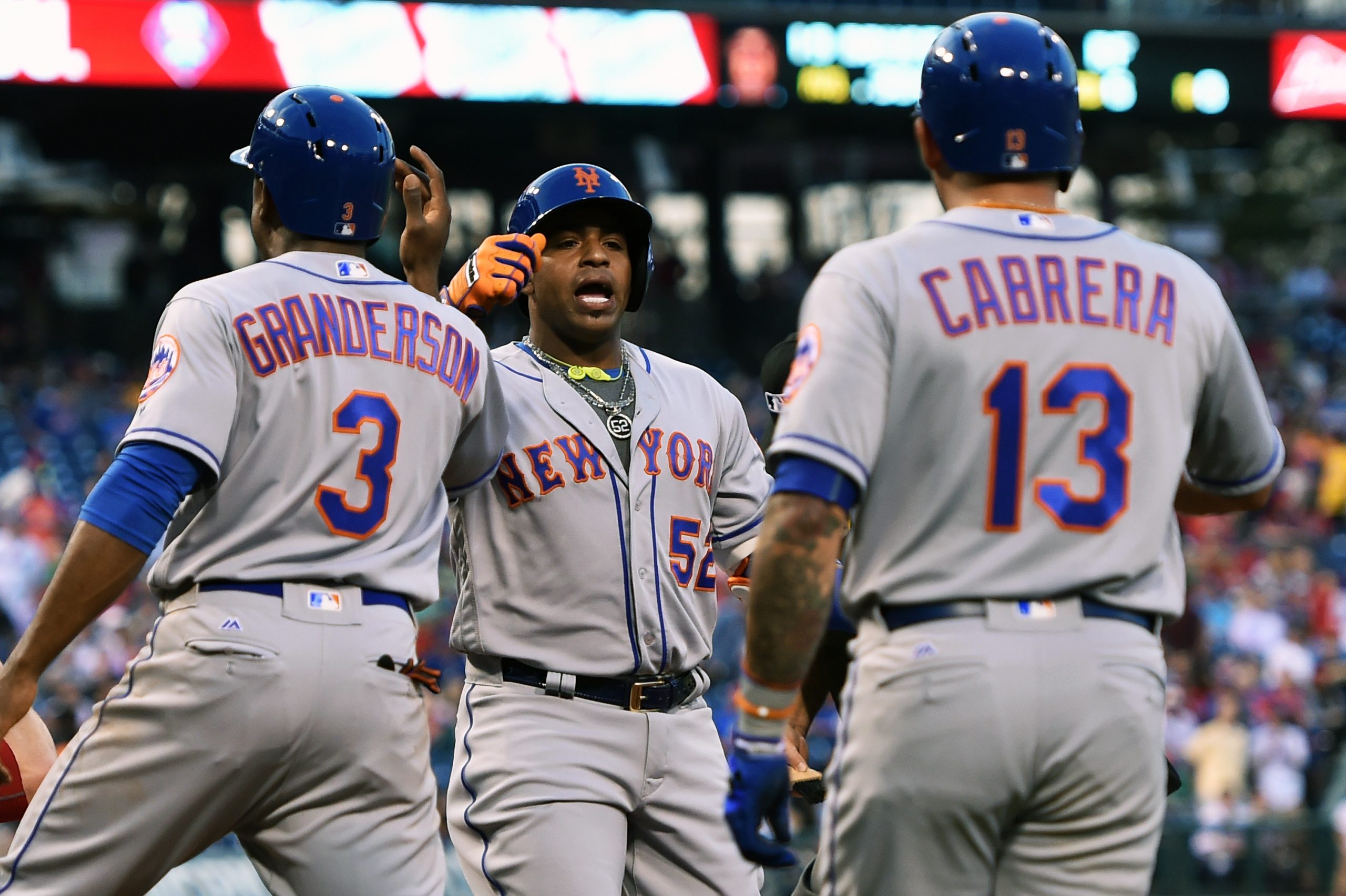 There always seems to be that one game in Philadelphia per year where the Mets launch a ton of home runs and completely embarrass the Phillies pitching staff. The last time the Mets didn’t go into Citizens Bank Park and score double digits in a game is 2013. This year’s version of Home Run Derby was well timed as it came one night after Edubray Ramos tried to main Asdrubal Cabrera. History will show that Ramos made the Mets mad and spurred them to hit a million home runs, starting with Jay Bruce’s game winner on Monday. It’s nice to discuss when you feel like breaking down sporting events into digestible soap opera storylines, which we do more and more these days. Maybe if Ramos had offered Cabrera some Chickie and Pete’s crab fries instead of trying to hit him in the head, the Mets wouldn’t be so angry.

But the truth of the matter is: When you combine a dangerous lineup with a bad pitching staff and let them marinate together in a kitten sized ballpark, then you’re going to get double digit demoralizers. The Mets did what they were supposed to do against a starting pitcher who gave up 1.4 HR’s per nine innings last year, and they continued it against a suspect bullpen in a 14-4 victory in cheesesteak land. Yoenis Cespedes had three home runs by the fifth inning, Lucas Duda hit two from the sixth on, and Cabrera and d’Arnaud rounded out the magnificent seven. I was starting to get worried that the Mets were manufacturing too many runs with base hits and groundouts and not freaking out the fan base enough. But seven home runs should do it.

But if that wasn’t enough to freak us out, then a Matt Harvey injury should do it. He had to leave last night’s game after staring directly into Ray Ramirez’s eyes. When one does that, you can expect calamities to happen. Tuesday’s calamity was a pulled hamstring acquired while covering first base on a grounder, and all of a sudden the Mets’ rotation depth was taking its biggest hit.

The good news is: Harvey plans to pitch in five days.

Matt Harvey breaks down tonight's start, says his hamstring cramp is no issue. He plans to pitch again in five days. #Mets pic.twitter.com/Xzai1HCV9c

The bad news is: Harvey plans to pitch in five days.

Matt Harvey timeline:
TONIGHT: He's fine, won't miss a start.
THURSDAY: His next start is being skipped.
SATURDAY: His leg was amputated.

We’re going to be down to Daisuke Matsuzaka and Aaron Harang by June, aren’t we?

***
We’re starting to get some details on Ty Kelly being claimed by the Blue Jays on waivers. Apparently on Monday, club officials came into the clubhouse and said “look, we have some roster issues. Would anybody like to volunteer to go to the Blue Jays?” And when nobody did, Citizens Bank Park security chose Kelly on their own and dragged him out of the clubhouse by his arms, bloodying his face in the process. It was an ugly scene. But it was an interesting way to make a roster choice. I’m not sure anybody else ever thought of something like that.