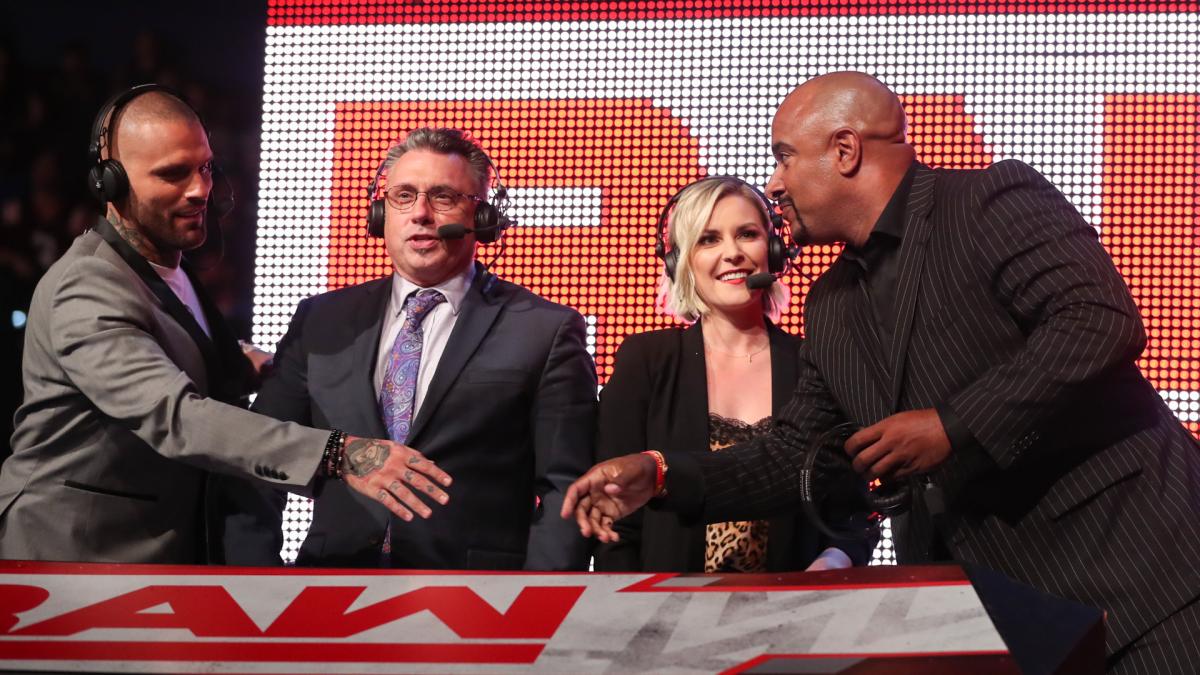 A lot of speculation has been flying around recently has to what the commentary teams for Raw, SmackDown Live and NXT will be like the week that SmackDown Live debuts on FOX.

WWE officially confirmed earlier today it’s commentary team for each show and the lineup of matches and segments for each of these shows.

WWE.com provided the following statements concerning the new commentary teams for each show:

WWE also announced their official lineup of matches and segments for next weeks shows.

NXT will make its two-hour live premiere this Wednesday, October 2, on USA Network at 8/7 C, as The Undisputed ERA defend their golden prophecy and the NXT Tag Team Championships in a match against the Street Profits. Also, NXT Champion Adam Cole defends his title against Matt Riddle; NXT Women’s Champion Shayna Baszler takes on Candice LeRae; Johnny Gargano competes against Shane Thorne; and fans can witness “The Velveteen Dream Experience.”

Immediately following NXT, season nine of Total Divas will premiere on E! at 10/9 C. The hit series is back with a season more personal and action-packed than ever. WWE Superstar Ronda Rousey joins Natalya, Naomi and Nia Jax for the new season, which also includes returning cast member Carmella and newcomer Sonya Deville. Nikki Bella and Brie Bella will make guest appearances in the series as well.

Prior to the premiere, the Friday Night SmackDown Kickoff Show “blue carpet” special will air at 7:30 p.m. ET/PT on FOX from the Staples Center, featuring celebrity, Superstar and Legend arrivals, as well as backstage access.