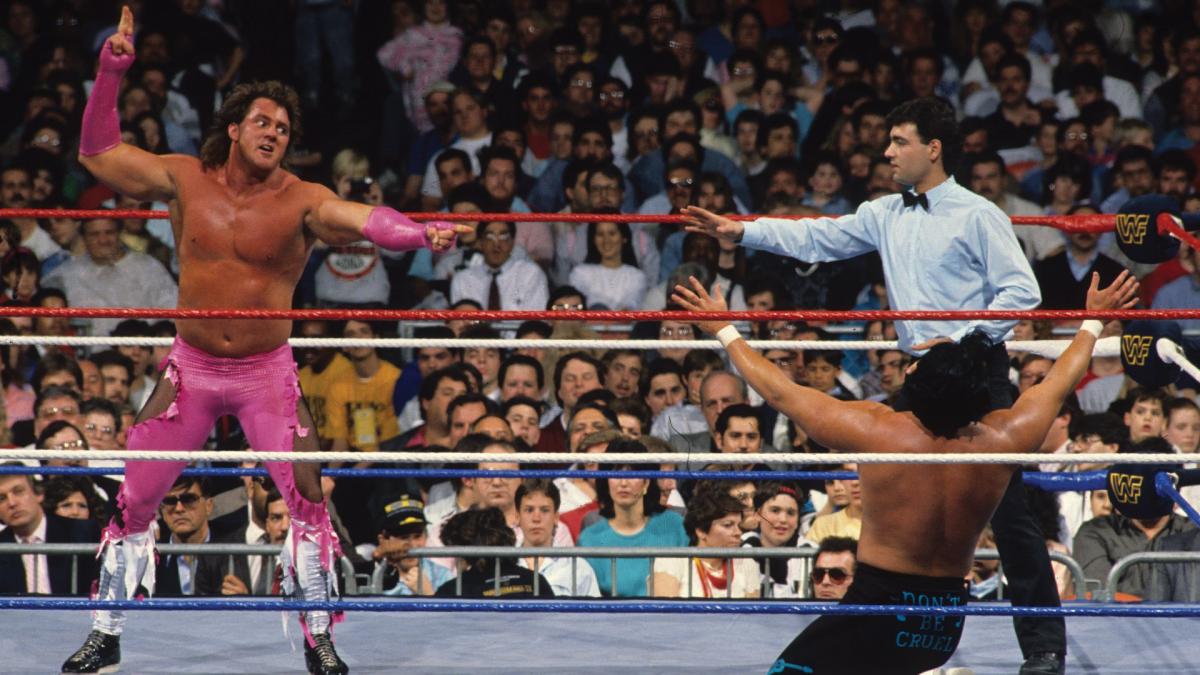 The final member of the 2019 WWE Hall of Fame class was announced as Brutus “The Barber” Beefcake and he will be inducted on Saturday night as part of WrestleMania weekend.

Beefcake will enter the Hall of Fame despite holding just one major title in his WWE career and that came early in his career, long before acquiring the gimmick that would make him a household name in the 1980s.

Beefcake’s wrestling career began in 1977. His close friendship with Hulk Hogan would open many doors for him and he and Hogan even formed a tag team in the late 1970s where they were billed as brothers.

His first big break with WWE came in 1984 when he signed with the company. Managed by Johnny Valiant, Beefcake was a heel who competed against David Sammartino at the very first WrestleMania at Madison Square Garden.

The match ended in a double disqualification and Beefcake’s first singles run would be short-lived.

In 1985, he formed a tag team with Greg Valentine known as the Dream Team. In August of that year, they would defeat Mike Rotundo and Barry Windham to win the WWE Tag Team Championship.

The team had a solid run as champions before losing the titles to The British Bulldogs at the second WrestleMania.

At WrestleMania III, Beefcake would play a large role in the event. After he and Valentine defeated The Rougeau Brothers, the two had an argument that would lead to the team splitting up. Later in the show, ‘Rowdy’ Roddy Piper would defeat Adrian Adonis. Per stipulations of the match, Adonis would have to have his head shaved due to the loss.

It was Beefcake who would do the honors of cutting his hair, forever earning him the nickname “The Barber”. He was able to run with this and that is the main reason he is going into the Hall of Fame.

Beefcake would have a memorable feud with The Honky Tonk Man over the Intercontinental title which led to a feud with Ron Bass in which Beefcake won a Hair vs. Hair Match on Saturday Night’s Main Event.

Beefcake would then team with Hogan for a match against Randy Savage and Zeus around the time the movie No Holds Barred came out. Beefcake and Hogan would win the match at SummerSlam between the teams in 1989.

At WrestleMania VI, he defeated Mr. Perfect, becoming the first man to ever pin him in WWE. Things were going great for Beefcake until a career-threatening injury occurred.

A parasailing accident destroyed Beefcake’s face, requiring over 100 metal plates to be inserted to reconstruct it. This would keep him out of action for nearly two years.

When Beefcake returned to television, he hosted an interview segment titled “The Barber Shop” with the most famous segment being the one in which Shawn Michaels threw Marty Jannetty’s face through a glass window, breaking up The Rockers.

When he returned to the ring in 1993, he became involved in a feud with the tag team champions at that time, Money, Inc. This would lead to Hogan teaming up with Beefcake once again, calling themselves The Mega-Maniacs.

The two teams would square off at WrestleMania IX in Las Vegas, a match Beefcake and Hogan would win by disqualification. This would be Beefcake’s final televised match with the company.

Beefcake wrapped up his career in WCW where he used several different gimmicks, many of which were a rival to Hogan, who was also with WCW at the time.

He was first known as The Butcher and even received a match with Hogan for the WCW World Heavyweight Title at Starrcade in 1994 against Hogan, a match he would lose.

He would go on to become Zodiac as part of Kevin Sullivan’s Dungeon of Doom stable, again trying to help destroy Hulkamania. He then had a short run as The Booty Man before disappearing for well over a year.

When he returned to television, he had a completely different look. So different that most fans didn’t know who he was. He was known only as The Disciple and this time, he was an ally of a heel Hogan, notably helping him in his feud with Ultimate Warrior.

After turning on Hogan and joining Warrior’s One Warrior Nation but that only lasted until Warrior left the company. His WCW run ended quietly and following that, he made sporadic appearances for smaller promotions.

All told, Beefcake won 11 championships in his career but only one of those came in a major promotion. His journey to the Hall of Fame is mostly due to the connection he was able to create as “The Barber” as he was easily one of the most popular Superstars on the roster in the late 1980s and early 1990s.

The team here at The Floor Seat would like to congratulate Beefcake on his induction into the WWE Hall of Fame.