Yoenis Cespedes’ Slow Start Hasn’t Been All That Bad 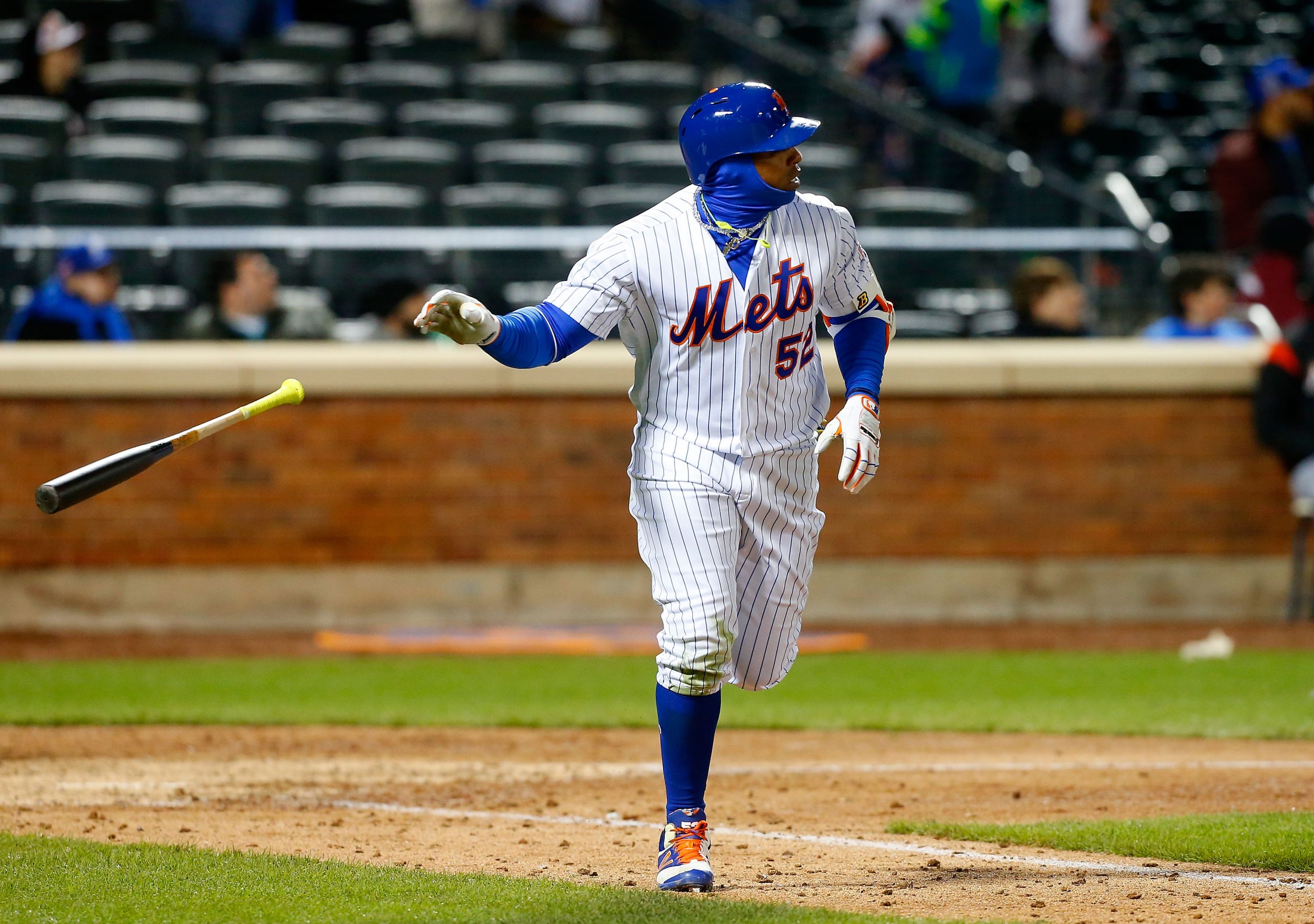 As evidenced by their young rotation, the New York Mets are a team — and organization, for that matter — built around starting pitching. However, while having a dominant starting staff is awesome, we’ve seen that a legitimate offense is just as important toward their eventual success.

After all, you still have to score more runs than the other team to win.

For the Mets, it doesn’t really matter how deep the offense appears on paper because it all flows through Yoenis Cespedes. Considering the fact that he’s slashed .154/.267/.308 in 30 plate appearances thus far — good for a 63 wRC+ — it shouldn’t be totally shocking to see New York scuffling at points because their offense hasn’t gotten into a groove yet.

And yes, there’s no possible way we can draw any conclusions from a seven-game sample size, but there are a couple of encouraging trends from Cespedes now that we’re one week into the regular season.

Heading into 2016, one of the biggest knocks on Cespedes’ offensive game was a general lack of plate discipline. It was hard to deny, as his walk rate went from 8.0% in 2012 as a rookie all the way down to 4.9% in 2015. But through 543 plate appearances last year, he walked a career-high 9.4% of the time because he swung at a career-low 34.6% pitches outside the strike zone.

The 2017 season has only just begun, but it’s looking as if he’s continuing to trend in the right direction in his age-31 campaign. It wouldn’t make any sense to compare what he’s done so far this year to what he did all of last year. So, here’s a side-by-side look at how his plate discipline stats from his first seven games compare to his first seven games of 2016, where he slashed .259/.333/.370, producing a wRC+ of 96.

More or less, Cespedes’ plate discipline numbers from the first week of last season held up through Game 162. Expecting the same kind of performance this year based on the early numbers above wouldn’t be fair, but it’s an interesting exercise to see what kind of potential strides he’s continued to make in this department.

The Mets undoubtedly want Cespedes to be a complete hitter, but let’s be honest — the main reason they signed him to a four-year, $110 million deal last winter was for his power potential. They don’t call him La Potencia for nothing, ya know.

After two consecutive years of 30-plus homers and 85-plus RBI, the left fielder has shown he can be that middle-of-the-order bat New York desperately needed to acquire this past offseason. When it comes to hitting home runs, there are generally two things we look at: fly-ball rate and hard-hit rate.

If we use the same sample size from last year to compare, the differences to this year are rather eye-popping.

The fly-ball rate and hard-hit rate likely aren’t sustainable, but neither is that tiny BABIP. Based on how those early numbers normalized during the ’16 campaign, the 31-year-old could see some new personal bests in these departments when it’s all said and done.

As we’ve mentioned throughout, it’s virtually impossible to draw any kind of legitimate conclusions from such a small sample size, especially since we know it takes a bit before reaching the stabilization points in each of the categories discussed above. However, it’s hard to not at least feel encouraged by what we’ve seen from Cespedes thus far.

Spring Training statistics don’t matter, but he was locked in for most of Grapefruit League action, which could clearly be seen from the 1.225 OPS he produced with just 6 strikeouts and 6 walks in 54 plate appearances. That hasn’t carried over seamlessly, and although the traditional production isn’t there yet, it’s not outrageous to think he’s actually off to a better start this year than he was in 2016.