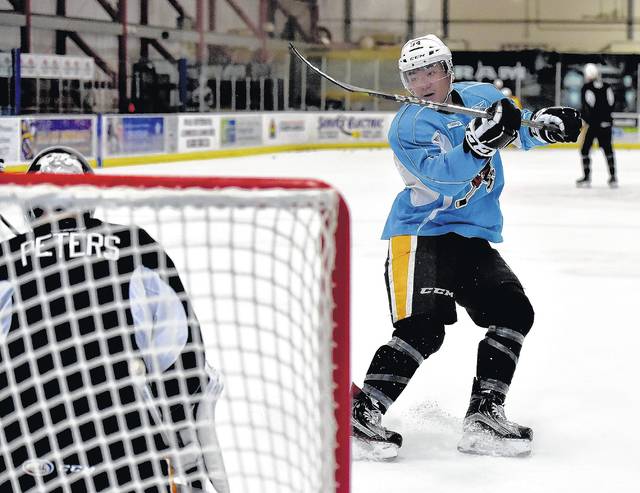 Yushiro Hirano looks just like most of the players at Wilkes-Barre/Scranton Penguins training camp. He’s 6’1″ and weighs in just over 200 lbs. And like any player on a tryout he puts his head down and digs in when coach Clark Donatelli asks. But he is not like any other player at camp and like very few ever before. Hirano hails from Tomakomai, Japan, more than 6,000 miles from the Pittsburgh Penguins top affiliate. And he’s looking to become just the second player ever to be born and trained in Japan to make it all the way to the NHL.

Hirano’s North American hockey journey started in Ohio, where he played Junior hockey for the Youngstown Phantoms in 2015-2016. The Phantoms, who have produced well-known NHLers like Brandon Saad and Andrej Sustr, are no strangers to welcoming players from unusual places. They also opened the door for Australian-born Nathan Walker who was part of the Stanley Cup winning Washington Capitals last Spring.

In Youngstown, Hirano turned heads with a serious work ethic and a frankly terrifying slapshot. One of many stories about the player teammates call Yush goes like this: he once broke the cage off of a goaltenders mask during a game forcing the goalie to leave the crease while they repaired his mask. He scored on the replacement 20 seconds later.

He was invited to prospect camps by teams like the Chicago Blackhawks and the San Jose Sharks and was ranked the 184th overall North American skater heading into the 2016 draft. Unfortunately (or fortunately for a professed life-long Penguins fan) he did not hear his name called in 2016. Instead, he’s spent the interim playing professionally in Japan and Sweden. So when he was offered an ECHL contract with the Wheeling Nailers in August, he jumped at the chance to become just the second player to skate for the team. Then, he got the tryout in Wilkes-Barre.

And he’s done everything right since.

After his first day of camp Tim Venesky, who covers the Wilkes-Barre/Scranton Penguins for the Times Leader and The Athletic, noted he “didn’t look out of place at all” in drills and that he had a real shot of joining the team. Clark Donatelli also praised him by noting how receptive he is to instructions, something that can go really far in a system meant to develop like the ECHL and AHL.

If Hirano makes it that will make him just the second player ever from Japan to play in the AHL (shout out to the AHL’s Jason Chaimovitch for the number) but it’s already about more than just him to the 23-year-old winger. “If I could make the team, I can show Japanese kids. They can get their dreams from me. I want to do that.”

For a kid who reportedly practiced his, now infamous, shot more than 100 times a day in high school and still regularly hitting triple digits in practice shots multiple times a week, the chances of making it are as good as he could hope for.