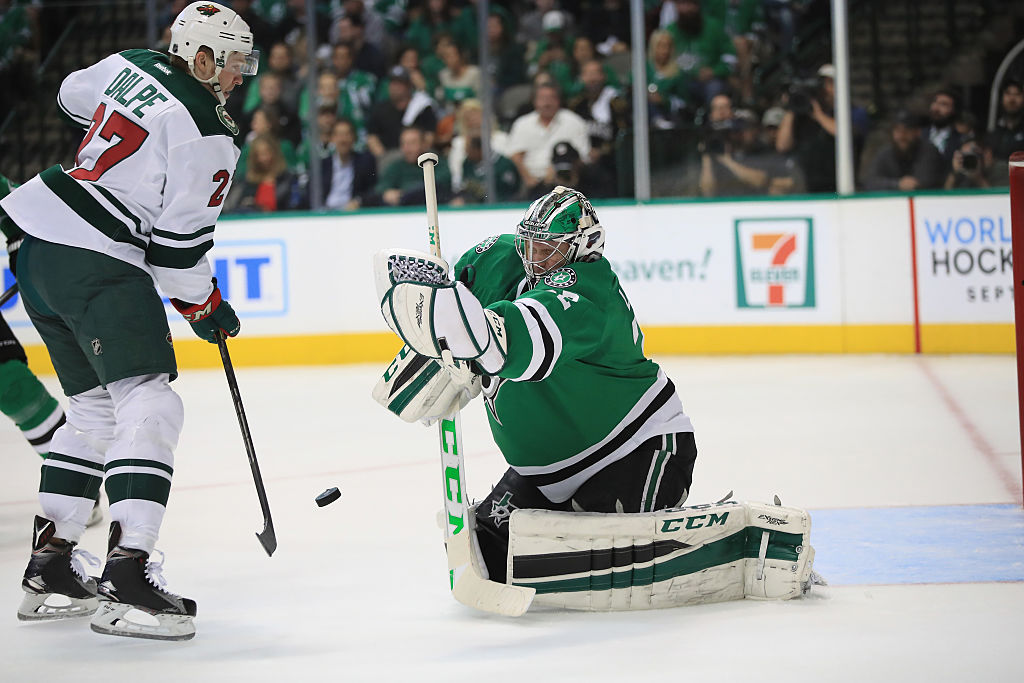 The trade deadline is approaching and that means that players are going to be switching teams all over the place. It doesn’t just have to be via trade, it can be through the waiver wire as well. Zac Dalpe, a former Ohio State Buckeye has been with the Minnesota Wild the past couple of years.

Dalpe was mostly used as depth off of the bench due to injuries for the Wild. He was more than serviceable in his time in the AHL and contributed offensively at times in the NHL as well.

He isn’t going to change the hockey universe by any stretch but as the Jackets continue to play a lot of games with very little rest. Dalpe is a player that has experience in the NHL and will fill in when needed. The risk is very low here and is some insurance just in case the team needs a warm body.

The Jackets probably have better players to fill in down in the AHL right now but the known quantity of Dalpe in the NHL probably put them over the top.

His shot differential numbers are all over the place and make for an interesting case. He has been a positive many times throughout his NHL career but is seeing a bit of a downturn this year. Mind you this is only in a few games so far this year.

The most interesting part of the entire pickup is the fact that Dalpe played 55 games for the Vancouver Canucks when Tortorella was the coach. There is going to be some distinct familiarity there and will likely make Tortorella a happy man. He knows exactly what he is going to get from him.

He isn’t just a bruiser either, he has some speed to his game and some offensive spark. It isn’t huge but it is better than a pure enforcer on your fourth line.

Considering the injuries to the Jackets right now, this shouldn’t be a surprising move. Rather than possibly overpaying at the deadline, the Jackets are trying to fill in their team in different ways.

Nothing is better than “free”, right?

Dalpe will report to @monstershockey, per #CBJ Jarmo Kekalainen

Dalpe's waiver "clock" had not expired with #mnwild, but they were attempting to reset it. #CBJ claim, can send directly to minors.