Home » ny rangers latest news and notes ahead of season

NY Rangers latest news and notes ahead of season

The New York Rangers are one of the more interesting teams in the NHL this year one season removed from a first-round exit in the playoffs.

That exit stings, but bettors looking to play odds oddsdigger.com can see firsthand Las Vegas doesn’t hold the hiccup against the Rangers. The team continues to boast plenty of talent and even better, continues to add to the roster.

The Rangers have an intriguing young winger by the name of Marek Hrivik on the roster.

Hrivik only scored one point over five games last year, but at 24 years old is a player with a huge amount of upside the team could use. New York would love to keep him around and has said as much as of late, but Hrivik will have to beat out several players to stick with the team. Competition such as this will only make the Rangers better now and into the long run.  With that in mind, it may be time to start looking at their odds for the upcoming season at places like this site.

Gilmour isn’t a household name by any means, but the 23-year-old defenseman oozes potential after four years with Providence at the collegiate level. One of the best power-play artists to make the jump recently, Gilmour might not make the final roster in New York. That said, it wouldn’t be a surprise to see him get called up if enough injuries occur.

Ryan McDonagh and Others Training Hard

Ryan McDonagh, after scoring 34 points last year over 73 games, has been training hard since the season ended with other veterans on the team.

Said veterans have made it loud and clear they view the early playoff exit as a blessing in disguise. Rather than enter the offseason tired and drained, the veterans have led by example and used the extra time to develop chemistry they hope results in a deep run next year. The younger players hoping to make the final roster have great examples to follow. 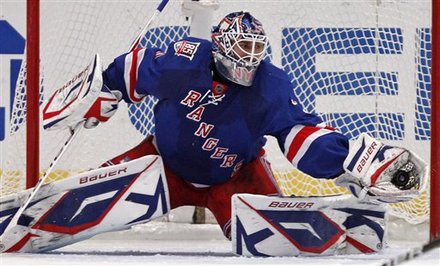 The New York Rangers were active over the offseason, acquiring talent and getting healthy. Now the Rangers enter the preseason looking to make a run...