Home » predictions for tottenham hotspur in the 201617 premier league season

Predictions for Tottenham Hotspur in the 2016/17 Premier League Season

With the beginning of the 2016/17 Premier League season less than a week away, fans of every club are waiting hopefully for experts’ predictions on how their players will fare during the race for the coveted Premier League title. Amongst experts and correspondents who have made some interesting predictions for the upcoming league, Tottenham Hotspur are seeing some promising observations. Although last season was an astonishing breakthrough for most stunned Leicester City fans who watched in amazement and disbelief as their team took home the title on May 2nd, for Spurs fans, the season ended in a similar fashion for the 21st consecutive year, with Tottenham finishing behind Arsenal.

Although Mauricio Pochettino was quick to apologise for the 5-1 final-day thrashing at Newcastle United, there was much to savour from the rest of Spurs’ Premier League campaign. At times, they seemed to be the best team in the league, with a third-place finish confirming direct qualification for the UEFA Champion’s League, sparing them the draining of Thursday night Europa league games and seeing Tottenham perform better in the Premier League than they have for a while.

Predictions for Tottenham Hotspur this season are more favourable than last, with a stronger team expected to take to the pitch when the fixtures kick off on August 13th. The arrival of Dutch player Vincent Janssen means that the team finally has a player who is a striking alternative to Harry Kane, whilst Southampton’s Victor Wanyama’s move to Spurs has many fans hoping that defensive midfielder Eric Dier will have more support on the field and be able to get a rest every now and then, presenting a more energetic Tottenham Hotspur.

Although Tottenham Hotspur is set to enter this Premier League season with a stronger team, chances are that their top rivals will have also put together stronger teams in a bid to scoop the title in May 2017. After Leicester’s surprise win last season, it has been well and truly made clear that no team is safe, and it was clear to see during the transfer window that each team had one goal in mind: to be the strongest contender in the 2016/17 Premier League. Last season proved to be one of Tottenham’s best chances to win the title, and qualifying for the Champion’s League again this season would be an achievement.

Some of Tottenham’s key players on the pitch this season have a lot of expectations riding on them. Toby Alderweireld is likely to be the man of the match yet again, as one of the best centre-backs in England last season, who transformed Tottenham’s defensive record to the extent that no other side conceded fewer goals. Along with Alderweireld, another key player is expected to be newly signed: Vincent Janssen, who was the top scorer in his native Holland last season with a huge total goal count of twenty-seven.

According to the experts, it’s looking unlikely that Tottenham will finish in the top spot this season – but, after Leicester’s odd-defying win last season, anything could happen between now and May 2017. Experts say that Pochettino’s teams tend to run themselves into the ground and end seasons poorly. From their four final games last year, they took away two points. And, at a time where much may be at stake, their last five opponents include winning teams Leicester City, Arsenal, Manchester United, and West Ham. Currently, those in the know expect Tottenham to finish in or around sixth.

What the Bookies Say

When it comes to the odds, Tottenham Hotspur are faring better than some of the teams playing in this season of the Premier League. Bookies are currently rolling out odds of 10/1 for Tottenham to be crowned Premier League champions in May 2017, but they’re not quite matching with hopefuls Manchester City at 9/4 and Manchester United at 3/1. But, their odds are better than those of last season’s champions Leicester City, who bookies are placing at 28/1 – a far cry from last year’s 5000/1 odds, which saw bookies up and down the country reeling with embarrassment – and who bookies had on a level pegging with Spurs back in February.

How do you think Tottenham will fare this season? 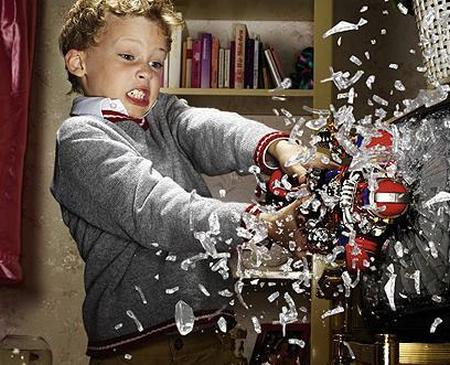 Our Relegation Predictions for the 2016/2017 Premier League Season

If you’re an avid football fan who’s spent the past couple of months sitting around and wondering what to do with yourself at the weekend,...