Pro Athletes Who Love the Casino

History is proof that if we were to name some of the most loved part-time activities of the rich and famous pro athletes, gambling would be right up there with music and the silver screen. Although their gambling habits are usually not made as public as some of their other hobbies, the following pro-athletes are testaments to the fact that a lot of them do love the casino, maybe even a bit more than they should!

This list wouldn’t feel right if it didn’t start with one of the most prominent pro-athletes to be associated with casinos and gambling ever. Right from a time when he was the biggest star in the NBA ‘til now, when he is a common name at high-stakes games around the globe; Michael Jordan and his gambling stories prove that he truly loves to bet. Apart from betting directly, Jordan also has business stakes at the Ilani Casino Resort in Washington, where you will find one of Michael Jordan’s Steakhouse restaurants.

We admit that this baseball star wasn’t exactly the ideal athlete, given the multiple controversies which seem to surround him even now, but if there’s one thing that even his haters will agree to, it would be the fact that he loves to gamble. Excluding his allegedly even more controversial betting habits, Rodriguez was and possibly still is actively involved in playing high-stakes poker games. We will leave the judgment regarding the legality of those games to the authorities for now!

Do you know how much money English footballer Wayne Rooney lost in just two hours in a casino in Manchester? He lost £65,000 and although that would be enough to put most of us out of business for good back in 2008, he probably didn’t even feel it, given that he was earning roughly more than that in two weeks at the time. If you think that was too much then you should know that he gambled away £500,000 just a week or so ago and just as before, he probably didn’t feel too much regret, considering the £13 million salary he gets from Manchester United alone. Wayne Rooney’s love for the casino is well documented online.

Pro-golfer John Daly has openly admitted to gambling on a regular basis and his autobiography contains some staggering bets that he has made throughout his career. Slots are his favourite when in a casino and while he has also won a lot of money during his gambling sprees, he might have lost close to $60 million. The good thing about the man is that in spite of his unrequited love for gambling, he has never exactly owed people money for too long. John Daly is still worth more than $2 million, which is commendable given how much he has lost over the years.

Another basketball player and a close associate of Michael Jordan, Charles Barkley openly admitted to ESPN that he has a “gambling problem.” Although he did mention back in 2008 that he was going to give up on gambling for good, it is highly doubtful that those words were set in stone! He has not since been found rolling the dice at the traditional casinos, but it wouldn’t surprise anyone if he was taking advantage of the anonymity which online casinos provide to gamblers nowadays.

There was a time when gambling was only associated with the rich and famous, but thanks to the best online casinos New Zealand opening up the world of betting to everyone, that doesn’t really hold true anymore. Nevertheless, this list makes you wonder just how much of their fortunes these pro-athletes actually made (or lost) from their bets. 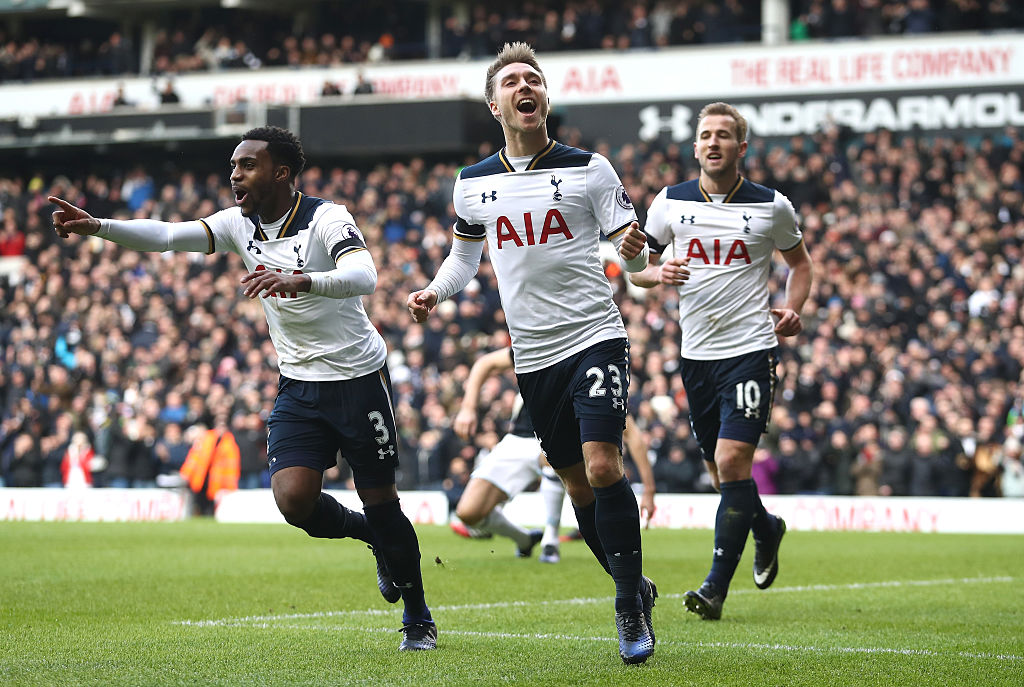 The future looks bright for Tottenham

Tottenham Hotspur FC will be finishing above Arsenal for the first time since 1995. This was more or less confirmed with club’s 2-0 win over...