The Buffalo Bills continue to work on a new deal for quarterback Tyrod Taylor, who emerged as a legitimate starter during a breakout campaign in 2015.

According to Ian Rapoport of NFL Network, talks between the Bills and Taylor are “on going,” with optimism now building in the two sides coming to an agreement on a long-term contract before the start of the regular season.

Negotiations between the #Bills & QB Tyrod Taylor are ongoing and there is plenty of optimism a deal gets done before the season begins.

Taylor, who turns 27 on Wednesday, started 14 games for the Bills in 2015, throwing for 3,035 yards and 20 touchdowns, while also rushing for 568 yards and four more scores. He had just six interceptions, and he finished the season with a passer rating of 99.4—which ranked seventh in the NFL.

The Bills won eight of his 14 starts.  This surprised many people by helping them win NFL picks against the spread.

Despite his relative lack of experience, head coach Rex Ryan is fully behind his young quarterback.

“I feel great about him,” Ryan said, via USA Today. “I think the entire league is going to realize that, ‘Oh, my gosh, who is this kid?’ And if you don’t know, you’re going to find out that he’s a special talent.”

Ryan said the sky is the limit for Taylor, who he expects to get “better and better” as he gains more experience as a starting quarterback.

Now, the Bills plan on rewarding Taylor with a deal that will keep him in Buffalo for the long haul.

A free agent last March, Taylor signed with the Bills on a three-year, $3.35 million deal. He will make only $2 million in base salary in 2016, plus a $1 million salary incentive for playing over 80 percent of the team’s snaps last season. His playing time in 2015 also voided the third and final year of the deal in 2017, making 2016 his last under contract with the Bills.

In terms of average value, Taylor’s current contract ranks 55th among quarterbacks. He is due for a big raise, but hashing out the details of the pay bump won’t be easy. If the talks turn sour, the Bills could let Taylor play out the season on his deal and then plan on franchise tagging him in the offseason.

But for now, it sounds like the two sides are both motivated to get a new deal done. Taylor could have long-term security in Buffalo by the time the Bills are kicking off for Week 1. 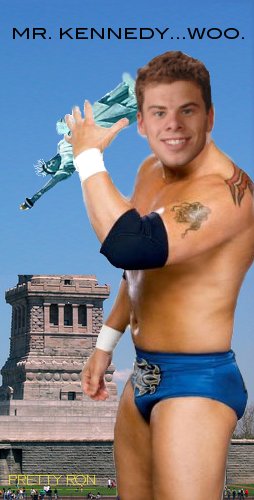 With about two-thirds of the regular season now in the books, we have a clearer picture about the teams that are taking the lead in the race...