Even though Tim Duncan retired in the offseason, the San Antonio Spurs remain title contenders for the upcoming 2016-17 season. Spurs GM R.C. Buford, the 2015-16 Executive of the Year, replaced Duncan in the starting lineup and added to San Antonio’s depth.

The Spurs figure to be one of the NBA’s elite teams next season, which makes them attractive to prospective bettors hoping to make some coin. San Antonio has made the playoffs 19 seasons in a row. Here’s a review of the Spurs offseason.

After 19 seasons in the NBA, all of them with the Spurs, Duncan announced his retirement on July 11, leaving the game as the greatest power forward of all time. He won five championships, two MVP awards, three Finals MVP awards and Rookie of the Year in 1997. He is also a 15-time All-Star and the only player ever to be selected to both the All-NBA and All-Defensive Teams in every one of his first 13 seasons.

Duncan averaged 19 points, 10.8 rebounds and 2.2 blocks during his 19-year career, though he only averaged 8.6 points, 7.3 rebounds and 1.3 blocks in his final season. Still, Duncan’s experience and leadership was greatly appreciated by head coach Gregg Popovich. He’ll now have to rely on Tony Parker and Manu Ginobili for those qualities, so it will be interesting to see if they have the firepower and leadership to win the Western Conference next season.

Who better to replace Duncan in the starting lineup than Pau Gasol? A two-time champion and six-time All-Star, Gasol has played 15 seasons in the NBA, and is one of the better experienced big men still playing at a high level. Last season, with the Chicago Bulls, he averaged 16.5 points, 11 rebounds and two blocks.

The Spurs also signed David Lee in free agency. A two-time All-Star and former champion during his time with the Golden State Warriors, Lee was waived in February by the Boston Celtics and played out the rest of the season with the Dallas Mavericks, where he averaged 8.5 points and seven rebounds in 25 games.

Dejounte Murray played one season of college basketball at the University of Washington, where he set the freshman scoring record with 34 points February 3 against Arizona State. The 6’4″ combo guard has a lot of upside, but he’s far from NBA ready. The Spurs have had a lot of success in the draft, though. And with Parker and Ginobili getting up there in age, Murray could one day start in the Spurs backcourt.

It will be interesting to see how they bring him along. 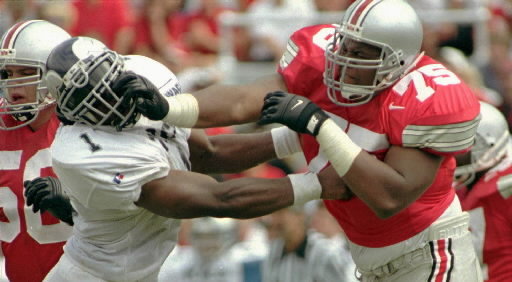 The Ohio State Buckeyes continue to put on a show in training camp this summer before the regular season begins. While the team faced plenty...