Home » ten reasons not to miss the ufcs comeback to toronto

Ten Reasons Not To Miss The UFC’s Comeback To Toronto

Toronto is probably the most sports mad city in Canada, which makes the success of the UFC in this city a foregone conclusion. The biggest metropolis in Canada fills the seats for every UFC event, including more than 55,000 fans cheering on Canadian MMA legend Georges St-Pierre at the SkyDome during UFC 129 in 2011. This is why the long absence of UFC action in Toronto is a bit of a head-scratcher. You think the company would do what it takes to cater to the significant demand for pro MMA within the GTA. The MMA team at canadasportsbetting.ca believes that UFC 206 in Toronto is guaranteed to thrill.

The best fights usually happen when both athletes are performing at top levels, which is exactly what both fighters have been doing since they first clashed in the octagon. Both have the capability to end a fight given a split second opening, which will have fans on the edge of their seat throughout the entire match. Verbal vitriol has also fuelled the animosity between the two, upping the intensity of this light heavyweight rematch.

#2 Long Absence For UFC In Toronto

Toronto has a large, loud base of MMA fans who clamour for UFC action whenever the company visits their neighbours north of the border. The city has hosted tremendous bouts in the past, including Jon Jones’ incredible, five-round title defense against Alexander Gustafsson. Despite Toronto’s love for MMA, locals have had to wait three years for the UFC to return, which means that the atmosphere will be electric throughout the night.

UFC’s return to Toronto will boost the overall betting pools for the fight card because of an increase in local wagering activity. A greater number of casual betting fans will put money down to increase their own involvement with the sport. When popular sporting events take place, online betting offers are more likely to pop up on sportsbooks, especially when signing up with a reputable online service that provides bonuses for new guests.

The Air Canada Centre is one of the premiere sporting venues in Canada, designed to accommodate hockey, which is the MMA of team sports. Other than Australia’s 50,000-plus UFC spectacle, Toronto tends to have huge attendance numbers, as well as big gates when the numbers are tallied up. As witnessed by UFC 165 and other MMA events hosted in Toronto, the Air Canada Centre provides a superb experience for fight fans around the world.

Each big UFC event gives you the chance to play fantasy MMA, and UFC 206 in Toronto will be no different. Since the fight card features a solid mix of championship fights, up-and-comers, veterans and hometown heroes, pretty much anything can happen, giving you a chance to win big by sniffing out parts of the card that are most likely to produce upsets.

Nothing has been confirmed, but the return of the UFC to Toronto has captured the attention of Georges St-Pierre, who has expressed a desire to return from his MMA hiatus and secure a spot on the fight card. Coincidentally, the last time he fought was around the same time as the last UFC visit to Toronto, when he won a split decision against Johnny Hendricks to retain his welterweight belt. Unfortunately, GSP mentioned that it depends entirely on Dana White, who might not be interested in the extra millions he would make if GSP made his return to Toronto.

An injury to Josh Emmett has opened up space for Alessandro Ricci to fight in his nation of origin, which comes at a good time because he was rumoured to be close to hanging up his gloves after a distinguished career in kicking ass. This Muay Thai expert now seeks to elbow and knee his way to glory with the UFC before he reaches his Shamrock years. If confirmed, this would add another great fight to an already solid card.

Those who enjoy betting on the MMA love it when a fight card is filled with well-match competitors and relative newcomers to UFC because of the increased unpredictability inherent in these betting scenarios. Already, UFC 206 features a championship rematch, as well as a slew of fighters hungry to make an impression in front of a huge crowd. Expect a couple of big upsets to take place, opening the opportunity to cash in on a smart wager.

If the fight card holds as scheduled, at least four Canadians will be fighting in Toronto at UFC 206, so expect the crowd to absolutely go nuts any time a Canuck connects or scores a takedown. So far, the main card includes John Makdessi, while the prelim matches include Valerie Letourneau, Olivier Aubin-Mercier and Jason Saggo. The potential exists for GSP and Alessandro Ricci to join the fray, which would guarantee a patriotic frenzy at the ACC.

Now that New York state has legalized pro MMA, the UFC is primed to explode during UFC 205, which is touted as a supercard with numerous high-profile fights, including Conor McGregor’s much-anticipated title defence. If Conor doesn’t get accidentally get KO’ed in training again, as the rumors suggest, the UFC will look to build on the momentum gained in New York by throwing a spectacular event in Toronto, potentially adding another high-profile fight to the card.

Only a couple of months remain until UFC 206 launches in Toronto, which means that additional high-profile bouts may be announced. The light heavyweight championship between Daniel Cormier and Anthony Johnson looks to be a potential classic, as both men aim to have the fight of their life to cement their reputation among the heavy hitters of the UFC. 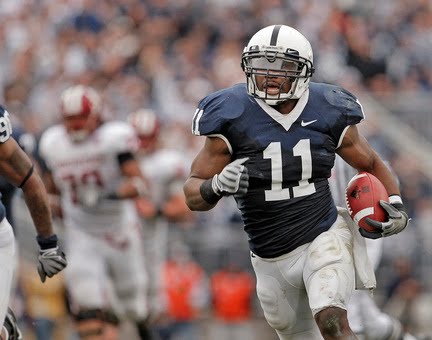 Why do minimum and maximum stakes exist when you are betting on sports?

If you have ever placed a sports bet online you may have come across minimum and maximum stakes. You may also have noticed that these...