Mixed Martial Arts fans will be in for a treat this weekend when Worlds Collide. The highly anticipated event is a MMA co-promotion between Valor Fights and Conflict MMA. The event will take place at the Forum River Center in Rome, Georgia. If you are interested in placing wagers on the fights, check out our sports betting odds for MMA matches.

The event will be streamed live on FloCombat and features a lot of talented young fighters eager to put on a show for MMA fans. The main event of the evening will be between Luis “The Beast” Pena and Kobe “The Great” Wall.

Worlds Collide has been billed as a showcase for the future of MMA, which is true because a lot of the young fighters will get the attention of the bugger MMA promotions like UFC and Bellator, who will likely try to sign them if they’re impressed with what they see on Saturday.

However, the venue itself is considered an historical MMA institution because of its rich history and the impact it has had on the sport.

The Valor vs Conflict MMA events have been going on for over two decades, and started with an epic fight that most true MMA fans remember.

It was the fall of 1999, and anyone who read Full Contact Fighter had heard about the feud between Ryan Gracie and Wallid Ismail.

Ismail and Gracie had crossed paths on several occasions in Brazilian Jiu-Jitsu events and had exchanged words. The heated exchanges between the two fighters eventually spilled into the octagon when the two met in the main event of WEF 8 in 2000, which was held at the Forum River Center.

The fight between Gracie and Ismail was the first MMA event held at the venue, kicking off what would be many memorable performances there.

In addition to the main event fight between Gracie and Ismail, the undercard was stacked with quite a few future legends of the sport. The undercard featured future greats like Matt Hughes, Pat Miletich, Jeremy Horn, Antonio Rodrigo “Minotauro” Nogueira, and Jens Pulver.

These days, you will be hard pressed to see an MMA card that stacked.

As soon as the card for the event was announced, MMA fans flocked to get tickets to the show, which quickly sold out.

Even though the anticipated main event never happened, fans still got to enjoy what was one of the most memorable MMA events ever. There were a lot of knockouts, grueling battles and action that night, nobody seemed to mind the Gracie Ismail fight never happened.

In the following years, fighters like Tito Ortiz, Maurice Smith, Marco Ruas, and Chuck Liddell can be seen roaming the stands, enjoying the event and also stopping to sign autographs and take pictures with fans.

While the UFC receives most of the credit for making MMA a popular sport, it was this event that got even the casual fans to start talking about the sport, which also led to the Fertitta brothers buying the UFC and signing a lot of the performers from that night to help their new promotion grow.

On Saturday, there will be a new generation of fighters trying to make names for themselves. MMA fans shouldn’t miss out on the opportunity to see these guys perform before they move on to the bigger promotions. 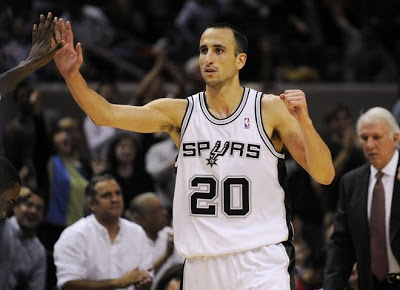 Depending on what you think about the Spurs and Manu Ginobili in particular, the revelation that he will be sticking around for a little longer...