The Incredible Rise Of E-Sports Betting

E-Sports betting is without question one of the fastest growing sectors in sports book betting. This should hardly come as a surprise – after all it has only been widely available online for the last couple of years – but it’s fascinating to see how quickly interest is rising. Until recently E-Sports was a gaming niche with little in the way of a gambling culture beyond informal bets arranged between individuals. Nowadays most of the largest betting sites in the world have their own dedicated E-Sports sections with an ever growing number of betting options available.

It’s pretty common for those yet to experience E-Sports to assume that wagering on the outcome of matches must require some special form of knowledge. To a degree this is true but only in the sense of understanding the game being played – and in this regard it’s little different to betting on a more traditional sport such as soccer or horse racing. However it is important to understand that the way games are played competitively is often very difficult from the casual experience that millions of people enjoy when playing themselves.

For example League of Legends, CS:GO. Hearthstone and many other headlining E-Sports games are played very differently at this level of competitiveness. It’s not necessarily always about the best player or team winning – popular side bets include all sorts of specific aspects of the game in question and this does require anyone staking money on the event to thoroughly understand it.

Yet despite the intricacies of the games being played when it comes to placing a standard sports book style bet on an E-Sports match it’s essentially the same as wagering on any other sport. Simply check the odds, make a selection, and place a bet.

Important Factors To Be Aware Of With E-Sports Betting

E-Sports betting is very much for those in the know and even the largest events attract little in the way of casual ‘flutters’. Being such a new trend means that the vast majority of people have had still very little exposure to E-Sports and would not likely feel tempted to lay down a casual bet in the manner they may with a horse race or obscure Olympic final. This can however play to the savvy gambler’s advantage.

The gaming sites who offer E-Sports within their portfolio may have done their homework, but as such a young and fledgling sport it’s not uncommon for odds to fluctuate significantly between operators. After all there isn’t a huge amount of measurable historical precedence to work with when predicting outcomes and calculating odds. Further to this E-Sports is highly competitive due to the variety of games being played, with many teams and individuals competing in different games to varying degrees of success. To put it simply being the best at one game and carrying that reputation does not by any means compare to being able to perform to that standard at a different ‘event’.

This is a major issue and has been a major bone of contention – especially with bookmakers! Currently there is no supervisory body to regulate E-Sports. Events may be broadcast live and subject to sizable sponsorship deals that fund ever growing prize money pots, yet there’s nobody overseeing the development, marketing or most importantly conduct of E-Sports.

Suspicions have been raised a number of times at the number of ‘shock’ results, which have even drawn accusations of matches being fixed in order to take advantage of the growing interest from mainstream sports books. After all while the prize money is good for the top performers, the majority of professional players receive little in the way of remuneration. Whether or not these allegations have any basis, the fact that they exist in a sport without formal regulation might be enough to put some gamblers off for the time being. It is expected that the various ranches of E-Sports will be united under one governing body in the near future.

The Future Of E-Sports Betting

A few specialist E-Sports betting companies are in the process of experimenting with in-play betting, a feature which is likely to prove very popular with certain games. As regulation becomes more formal it’s likely that more and more big name companies will get behind E-Sports especially given the young demographic that makes up the majority of the fan base. Currently the gambling market for E-Sports is heavily based in Asia (estimated around 2/3rd of monies staked globally) yet it’s likely to continue to become more popular worldwide in coming years. 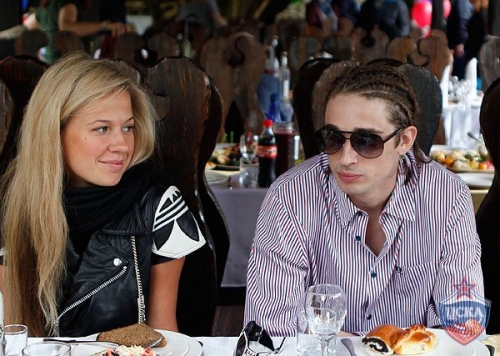 The start of NFL training camps mark the true beginning for a number of the league’s best quarterback battles. At the end of every summer, NFL...