Athletes are now stronger and faster than ever before due to major advances in technology and physiology. The changing face of athleticism in the last two decades has driven a new culture where factors such as diet and fitness are intertwined with peak performance levels. From MLB to the NBA and the Olympic Games, athletes are using sports biomechanics, nutrition, and other science-related activities to gain a competitive edge.

In the quest to one-up their opponents, NFL teams have recently been placing a greater focus on perhaps the most natural and accessible means to enhancing performance – sleep. Both the New England Patriots and Miami Dolphins have had dark rooms installed at practice facilities so that players can take a nap, while the latter uses light-emitting devices during study periods to improve alertness. The science of sport and its link to performance is now a critical part of team preparations for major teams, but these boosters are not merely for the pros – they can be adopted by anyone to improve fitness.

Getting the right equipment and clothing can help to boost your sports performance and recovery levels. Take compression tights, for example; wearing men’s core compression tights during and after exercise will increase circulation, reduce swelling and soreness, and ensure that your body is at its peak for a prolonged duration. A recent study has shown that compression clothing is particularly effective for re-oxygenating muscle tissue once stores have been used up, which can have a direct impact on performance in a range of sports.

The “calories out, calories in” mantra is not a good protocol to follow as the body is unable to process such a large amount in a short space of time. Attempting to cover the expenditure rate can lead to nausea, bloating, and vomiting, so always focus on restricting caloric intake on match days. For the best performance, targeting a “body cooperative” amount is best, so try to take in around 300 calories an hour, though this can be cut further for lighter athletes. A sensible intake could give you a competitive edge.

Simple sugars such as fructose, sucrose, and glucose are inefficient fuels for exercise as they provide energy peaks and crashes within a short space of time and are also difficult to absorb and digest efficiently. In contrast, complex carbohydrates deliver reliable energy without any valleys or peaks, and can be absorbed 300 percent faster than simple sugars. These types of carbs, which are found in vegetables, whole grains, beans, and peas, are an ideal, steady source of energy for all sports and are a great foundation for supporting high athletic performance.

Water accounts for almost two-thirds of your body weight, so it needs to be replenished regularly, especially during rigorous exercise. The body requires water to function, and any hint of dehydration can result in fatigue and loss of performance. Regular intake of water and other liquids will combat dehydration, so try to drink at least three liters or more on a match day. However, it is important not to overdo it, so resist gulping a liter an hour or more as this can override your internal mechanisms and make it difficult for your body to cope with the excess. Acute overhydration can have a drastic impact on your health, so be vigilant. As with any intake quotas, finding the right balance is required.

You need to finish a pre-match, race, or exercise meal between two to three hours beforehand. Eating shortly before exercise can lead to muscle glycogen stores being burned very quickly, which is not ideal for those targeting the best performance. High-quality complex carbs and soy protein is the best combination for a pre-exercise meal, though it can be substituted for liquid fuel if you want to digest foods quickly and are worried about being bloated or nauseous. Under all circumstances, avoid fat-laden products and sugar.

Managing thoughts and emotions and improving the mind-body connection can boost critical decision-making in sports. According to Mindful Life founder Dr. Kristen Race, reducing stress levels is very important when targeting peak performance. She adds: “Mindfulness helps train the prefrontal cortex, the part of the brain that creates a calm and alert state of mind, which helps us stay focused, avoid distraction and perform at our best.” In order to train and strengthen your brain for success, you can follow a few daily practices covering mindful breathing, body scan meditation, and internal and external messages.

Optimizing your sleep, eat, and play cycle can have a transformative impact on performance levels during exercise and is the best natural performance enhancer available to every single athlete across the globe. 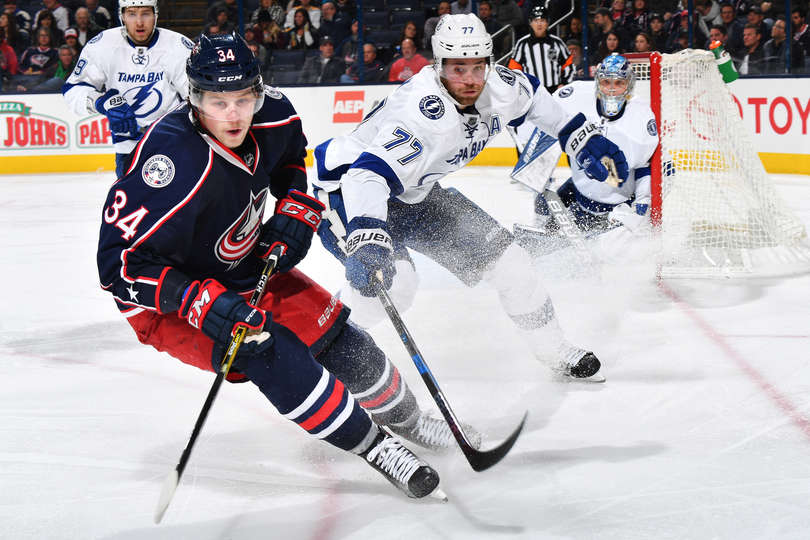 How to Read the NHL Betting Odds

Of the four major sports in North America, hockey is a distant fourth. And with so many of those in their 20’s and 30’s having...