The Major League Baseball is the second most watched sports league in America. There is no denying that Baseball is a popular sport. It has got fans spread the world over who root for their teams with their heart and mind. It has become a natural phenomenon to spot a group of fans dressed up in their teams MLB uniform complete with a cap, streaming in numbers into the stadium on game day. For a dedicated fan, nothing can be more satisfying than walking out of the baseball game with a souvenir to take home. Whether it is an autographed jersey from their favorite player or the bat that hit the winning homerun, nobody can deny their significance. The following is a list of MLB gifts baseball fans would love to have.

Nothing excites an MLB fan more than watching his team play live. Getting to experience the amazing atmosphere of a stadium surrounded by fellow fans happens to be among the best feelings in the world for a baseball fan. Nothing gets them going like screaming at the top of their voice while egging on their favorite players.

MLB uniforms are idolized fashion accessories. This, however, changes when the owner has autographed the jersey. It becomes more than a uniform; it becomes a part of the player. Nothing would make for better memorabilia than a signed jersey even if the player had it on while doing exercise and it smells of body odor.

A poster with all the members of a fan’s team in it can make pleasant baseball gifts. It just feels good to have a reminder of your favorite group of athletes hanging on the wall in your house. It’s even better when the poster is life-size.

The design of the baseball glove gives it a vintage, classic look that epitomizes how far the game has come to this day. Any fan who followed the history of baseball would appreciate having this kind of souvenir in their homes. It is common to see these gloves neatly positioned in most of baseball followers’ houses.

If you have attended a baseball game before, you know that nothing enchants the crowd more than a homerun. In fact, it’s what people look forward to in a match. Imagine gifting a fan a ball from the winning homerun! It would be the perfect gift, one that would find a perfect spot to be displayed in their homes.

People scramble and fight for caps when players throw them into the crowd after a baseball game. You could save a dedicated fan all this trouble by giving him a cap as a gift and am sure he will be delighted.

I once heard someone say “every baseball bat has a story”… This could be argued to be true if the bat saw some time in a baseball match. Being the tool responsible for hitting homeruns, the marks on a bat all have a story behind, and a fan would not mind receiving it as a gift. Besides, it has a unique and exciting shape, not to mention the price.

Jackets are a stylish piece of clothing that most fans like to wear. They are a team’s apparel every fan would be excited to have. Apart from being styled up while donning it, rest assured you are protected from the cold weather because that is what they are made for.

What makes Major League Baseball uniforms unique is the helmet that players put on while they are on the pitch. They just stand out from other leagues with their branded helmets. These are perfect baseball gifts for an MLB fan.

Another classic gift you can get a baseball fan is a signed photograph of their favorite player. This has been happening since time immemorial with even the oldest of baseball loyalists keeping pictures of “Babe Ruth” and “Jackie Robinson” in their special rooms. Getting someone a signed photograph would be going above and beyond the call of duty.

Offering someone a gift is an excellent way to express love and care. For a baseball fan, the above baseball gifts would be the perfect way for someone to make their day and show that they care for them. 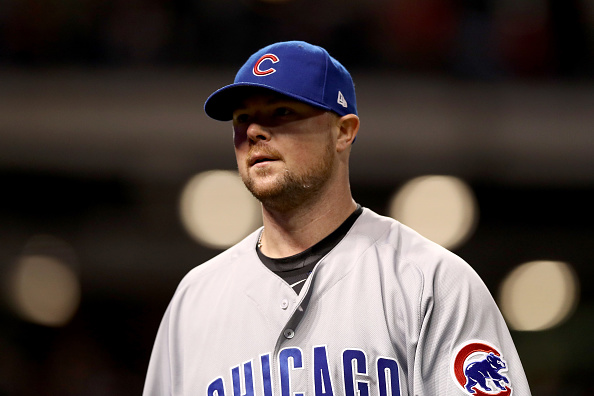 5 Athletes that had Cancer and Overcame It

Cancer destroys the lives of even the most famous individuals. Athletes are no exception and with the news that 2000 Americans could be at risk...