With the 2016 NCAA football season to kick off in just a few weeks, talk is heating up about what’s been happening on and off the field.

Unfortunately, some unfortunate off-field incidents have been in the news, but that’s just the nature of it all. Diehard fans are still talking about who could make a title run this year, and if you have a strong opinion, you can bet on your whim at http://777spinslot.com/best-online-casino/.

Here are the top three stories from this week.

Bronco Mendenhall has still yet to name starting QB

After spending 10+ years at BYU, Bronco Mendenhall has made the trek over to the East Coast and is now head coach of the Virginia Cavaliers.

As Mendenhall looks to rebuild the team, though, he still hasn’t found a quarterback that he can confidently name as the team’s starter. He apparently leans a certain way, though, judging by what he said in a media session this week when asked if he’s made up his mind.

“I think so, just simply by the amount of repetition and how we’ve been distributing it,” he said.

Mendenhall will be deciding between Matt Johns, who started last season and tossed 20 TDs/17 INTs. Connor Brewer, who is in his fifth year at the school, and ECU transfer Kurt Benkert are all in the mix.

Nebraska WR coach, after DUI arrest, will miss four games due to suspension

Keith Williams, who coaches the team’s receivers, was charged Monday with DUI. It was his third one, which probably speaks to a greater issue, but that’s not for us to determine.

Anyway, he’s set to miss the team’s first two games for suspension without pay, and won’t be able to coach or attend the following two games. He released a statement to the media earlier in the week:

“I am disappointed in myself and I am angry at my own poor decision,” he said. “I am embarrassed and I am ashamed but most of all I am sorry — sorry my actions have brought harm to my family, this university who I’ve fallen in love with, to the young men on our football team who I may have let down.”

A number of LSU football players, along with head coach Les Miles, did a pretty awesome thing on Thursday. They visited with families that were affected by the brutal flood that recently hit the area.

Quarterback Brandon Harris shared why he was one of the players that went.

“I just feel for these people. It’s so sad to understand what they’re going through right now,” he said.

Here are a few photos:

That moment when you realize this season will be about something much bigger and more important. #PrayForLouisiana pic.twitter.com/QWRHbD05Sq

A pretty great gesture right there. Love to see that stuff. 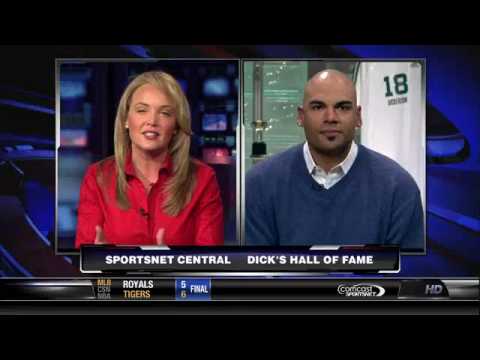 The NFL season is around the corner and we can see people preparing for the upcoming season. However, not only football season is about to...