Home » ufc 203 things are getting heavy

UFC 203: Things are getting heavy

MMA hasn’t always given the heavyweights the same prestige as its pugilistic counterpart. Boxing has a deep history of genuine superstars in the division; from the likes of Rocky Marciano and Muhammad Ali, to Mike Tyson, Lennox Lewis and now, well, Tyson Fury. Though it’s been a quite sedentary division since the 90s, it’s always drawn the big numbers and the big purses.

In mixed martial arts, there have been many periods bereft of depth and quality amongst the big guys. The mid-2000s Arlovski vs. Sylvia era won’t make many reminisce fondly for example. However, you only have to look at the upcoming UFC 203 card to realise that we’re in a pretty good place right now.

Topping the bill is champion Stipe Miocic’s first title defence against former Strikeforce kingpin and seasoned veteran, Alistair Overeem. Miocic is a quietly spoken and likeable champion, although monstrous in stature and performance. Overeem has seen and done it all in combat sports, and was on his 44th professional MMA bout by the time Miocic had made his debut.

Miocic is a clean cut firefighter. Overeem is a fighter whose career has been riddled by steroid use accusations (although just the one failed test), and one or two scrapes with the law. Both of them like to knock people out and have shown a propensity for doing so, and that’s what makes this bout full of potential. Though Betway have Miocic at the shorter odds of 8/11, they’re only giving odds of 2/9 to go the distance. This means, in short, everyone expects a KO from one or the other.

After losing a bout of top contenders to Junior dos Santos, Miocic put together three straight victories all inside the distance. Finishing Mark Hunt in a five round war was a great start as the iron-jawed Kiwi takes some putting away, and then the victory over Andrei Arlovski – with less formidable whiskers – earned him his title shot. Champion Fabricio Werdum lasted less than three minutes before being knocked out.

It’s too late to call it the ‘Miocic Era’ though, but that’s not to detract from the man, but rather a nod to the quality at the top of the division. Overeem, for example, had a shaky patch in the UFC, losing 3 of 4 and getting stopped each time. However, since 2014 he has put together an undefeated streak over the likes of aforementioned former champions, Junior dos Santos and Andrei Arlovski, as well as Roy Nelson and Stefan Struve.

Miocic lost to dos Santos and Struve prior to his run towards the title, while Overeem defeated both men, thus giving the Dutchman the credentials to get his first shot at the UFC gold. With 49 finishes out of their combined 56 victories, either man could finish or be finished, and that’s just what people want from the heavyweight division – the potential for highlight reel finishes from enormous men.

Not only is there the main event, but a sizeable co-main too. Off the back of losing his title, Fabricio Werdum meets Travis Browne, with both men hoping a victory could punch their ticket for top contender status. They met before in these circumstances and Werdum took the decision after five rounds, going on to defeat Cain Velasquez and Mark Hunt for the heavyweight and interim heavyweight titles respectively. Browne lost his last bout to Velasquez, but a victory over Werdum would put him right in the mix, particularly if Overeem takes the belt.

With certain names being mentioned over and over and the complex web of victories and defeats, it shows just why the division is so interesting. It is stacked with talent, and anybody can beat anybody on their night. There’s knockouts everywhere, all out wars, and everybody wants the top prize.

UFC 203 just epitomises that, and no doubt will deliver on the gargantuan promise it has. 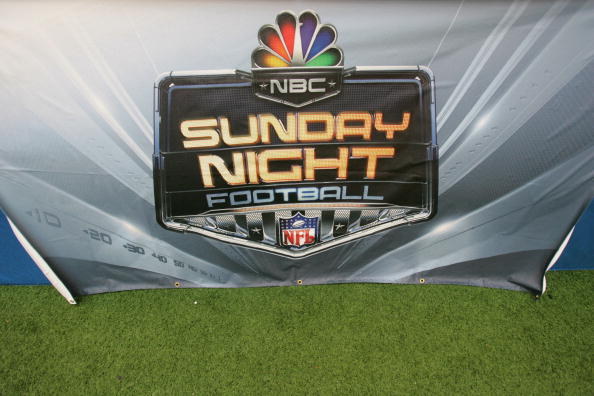 NFL Ratings- the best way to view the insight!

NFL Ratings has been showing the ratings for all TV programs each week. It provides detailed ratings of the programs according to weeks along with...