Did you know that every season since 1990, at least four new teams made the playoffs that didn’t the previous year? Let’s project which four playoff teams from 2015 won’t be in the ’16 postseason (two from each conference) and their NFL odds at betting sites.

No team closed the 2015 regular season better than the Chiefs. They were 1-5, had lost star running back Jamaal Charles to a season-ending injury and were basically dead in the water. It was already time to start thinking ahead to 2016 and Coach Andy Reid was perhaps on the hot seat. All the Chiefs did was win their final 10 games behind a fantastic defense. They went to Houston and destroyed the Texans in the wild-card round of the playoffs before losing in New England in the divisional playoffs. So why don’t I like Kansas City to return to the playoffs? For one, not a fan of quarterback Alex Smith and his receiving corps. Smith generally won’t lose you games but he won’t beat you. And he just doesn’t/can’t throw deep. That puts all the pressure on the ground game and defense. That defense might be without outside linebacker and 2014 NFL sack leader Justin Houston for the entire 2016 campaign. He had ACL surgery in February and best-case scenario is Houston will be back in November. But it often takes 12 months to recover from that. Secondly, the Chiefs play in a very tough AFC West Division with reigning Super Bowl champion Denver and rising power Oakland. You don’t often finish third in your division and make the playoffs, which is what the Chiefs might have to do. The Chiefs are currently +130 at online sports betting sites to miss the playoffs.

Houston was the team that took most advantage of the injuries to Colts quarterback Andrew Luck last season as the Texans won the terrible AFC South with a 9-7 record. But Houston’s problem areas were exposed in a big way in a 30-0 home loss to Kansas City in the wild-card game. The biggest issue in that loss was QB Brian Hoyer, who had five turnovers. He’s gone now, but how much faith can you have in free-agent addition Brock Osweiler? He looked good at times filling in for an injured Peyton Manning last season in Denver, but Osweiler also looked like a backup other times. I like the addition of free-agent running back Lamar Miller of Miami, and the defense should again be solid as long as three-time NFL Defensive Player of the Year J.J. Watt stays healthy. But the offensive line is a question mark. And the division won’t be nearly as easy in 2016 as Luck is healthy and the Jacksonville Jaguars looks like a potential division sleeper. The Texans are -120 on betting sites to miss the playoffs.

Minnesota was the surprise winner of the NFC North last year, ending Green Bay’s four-year reign atop the division thanks to a big upset at Lambeau Field in Week 17. However, the Vikings suffered a gut-wrenching home loss in the wild-card round to Seattle when kicker Blair Walsh missed a potential game-winning 27-yard field goal in the final seconds. Losses like that can linger into the next season. The Vikings, who move into their new domed stadium this season, are going to have a very good defense. The offense is another story. Adrian Peterson won the rushing title in 2015 but is now 31 years old and history has shown that running backs don’t usually perform well at that age. The Vikings are still lacking at receiver, and quarterback Teddy Bridgewater doesn’t scare opposing defenses. Thus if Peterson doesn’t have a big day and the defense is just so-so, the Vikings are likely to lose. I also expect the Packers to reclaim their spot atop the division, meaning Minnesota would have to fight for a wild-card spot. Minnesota is +150 at online betting sites to miss the 2016 playoffs.

Of the four teams listed here, this is the one I feel most comfortable in saying will miss the postseason. The Redskins are actually sizable -200 favorites at sports betting sites to miss out. They were surprising NFC East champions last season as quarterback Kirk Cousins had the year of his life. But we have all seen one-year wonders before — for example, see former Philadelphia Eagles quarterback Nick Foles in 2013 from the same division. The current Rams third-stringer has never been the same since then. The Redskins smartly didn’t sign Cousins to a long-term deal, instead making him prove it again. He will play on the franchise tag in 2016. I worry about Washington’s running game to support Cousins as the team let Alfred Morris walk in free agency and is counting on fumble-prone Matt Jones as the featured back. The defense still looks porous (28th last year) even with the addition of Carolina Panthers Pro Bowl cornerback Josh Norman. But really this all comes down to Cousins, who likely will revert to being a backup-level QB. The Redskins are more likely to finish last in the NFC East this year than first again. 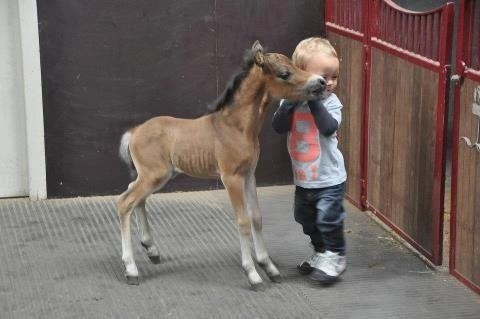 Be Ready To Profit in Week 1 with Killer NFL System

With the various sports betting sites having released at least Week 1 NFL odds, if not more, the fast approaching 2016 NFL season has football...