The NFC East has confounded some of the world’s brightest mathematicians all season.

Believe it or not, however, the Redskins could clean up this whole mess with a win Saturday night in Philadelphia. If they beat the Eagles, they clinch the NFC East.

But such a simple scenario would be asking too much.

The Eagles (6-8) lost 40-17 at home to an elite Cardinals team Sunday night, but they’ll bounce back and keep their playoff hopes alive Saturday night.

The idea of winning the NFC East is fool’s gold for Eagles. Doesn’t solve the major holes they have, just shows that the division stinks.

Meanwhile, the deflated Giants will be eliminated Sunday at Minnesota (9-5). The Giants came back from a 35-7 deficit to tie the unbeaten Panthers Sunday, only to lose on a last-second field goal. The Vikings’ last four losses have come against division leaders. They can handle the Giants.

Then it would come down to whether the Cowboys or Giants are better spoilers. The Eagles finish the season at MetLife Stadium and the Redskins close out at Dallas.

There’s a sense that the Eagles got their worst football out of their system when they gave up 45 points in weeks 11 and 12. They bounced back by beating the Patriots at New England. The Redskins don’t have a showpiece win like that on their resumé.

The Eagles’ overall body of work suggests that they have enough talent to emerge from Week 17 with an 8-8 record and the NFC East title. 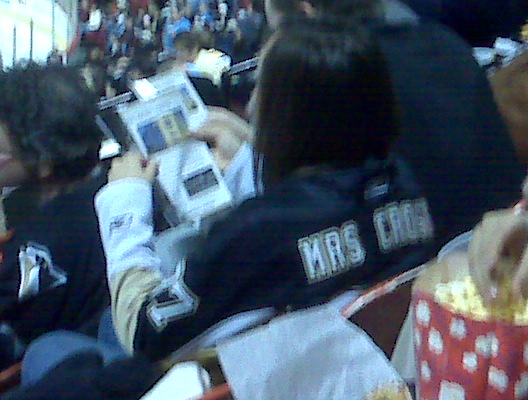 Forward Ryan Wagner and the rest of the Wisconsin Badger Men’s Hockey team poured on the offense in the second period Friday night at the...