ZACH ASTON-REESE: THE LATEST PITTSBURGH PENGUINS ACQUISITION FROM THE NCAA

When you want to figure out a team’s objectives in the immediate future, you just need to look at the acquisitions they make and the manner in which pundits react. The Penguins odds for this season did not exactly shoot through the roof when Zach Aston-Reese came aboard.

But there was enough positive buzz for people to start looking at Zach with more of an analytical eye. So who is the athlete and what does he actually have to offer?

The Pittsburgh Penguins took the prospect out of the NCAA. He was an undrafted free agent last spring before the team scooped him up. Everyone that saw him play at Northeastern University agrees that he has talent.

His four years at the institute were generally regarded as successes. The athlete’s 63 points in 38 games in his senior season were pretty astounding. So one cannot be surprised that he got himself an NHL contract; when you become a Hobey Baker Award Finalist, you can expect some of the bigger players in the game of hockey to start paying attention.

Zack Aston-Reese was not only a finalist for the Hobey Baker award but he also snagged the NCAA MVP and Best Forward prizes. And after leading his side to the NCAA East Championship in previous seasons, one assumes that Zack is ready for bigger and better things.

The reason analysts expect Zack to augment the production of the Penguins is that he is a strong offensive player. At 23-years-old, you cannot help but stop and take note of what will definitely become a gifted playmaker.

The Pittsburgh Penguins gave him a contract the first chance they got. Zach has already been gifted with a chance to show his stuff with Pittsburgh. He exited his senior season and immediately jumped onto the Penguins AHL team.

He already knows what it means to be a Penguin and the Penguins know exactly what they can expect from him. Some Pittsburgh fans might raise a couple of eyebrows over the fact that the athlete went undrafted.

But those worries are easily banished whenever Zach takes to the ice. He is obviously a solid skater and his skills are not in doubt. And when push comes to shove, the athlete seems to know exactly what moves to make and how to make them to maximize plays.

That reveals volumes about his hockey IQ. Of course, the NHL has seen plenty of players with high Hockey IQs who have ultimately failed to live up to expectations. Fortunately for Zach Aston-Reese, he seems to work well with his team.

That ability to coordinate and cooperate is essential for any new player that is looking to integrate into a new team. If Zach can get on well with his teammates, then one assumes that they will help him make the necessary adjustments until he fully transitions from the NCAA to professional hockey.

The Penguins have better players on their roster. But Zach will serve to boost their depth. Every team would benefit from injecting an athlete like Zach Aston-Reese into its ranks. Zach just has to prove that he is as versatile and powerful a player as everyone believes. 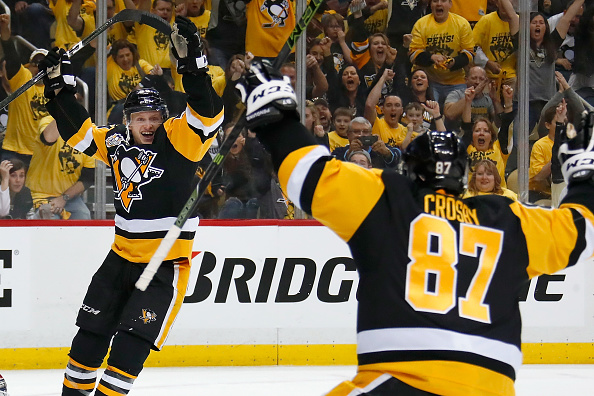 Hockey fans have had to endure a long and arduous summer without any NHL action, but the off-season is finally drawing to a close and...