Aftermath: The Penguins fall short of a Triple Crown 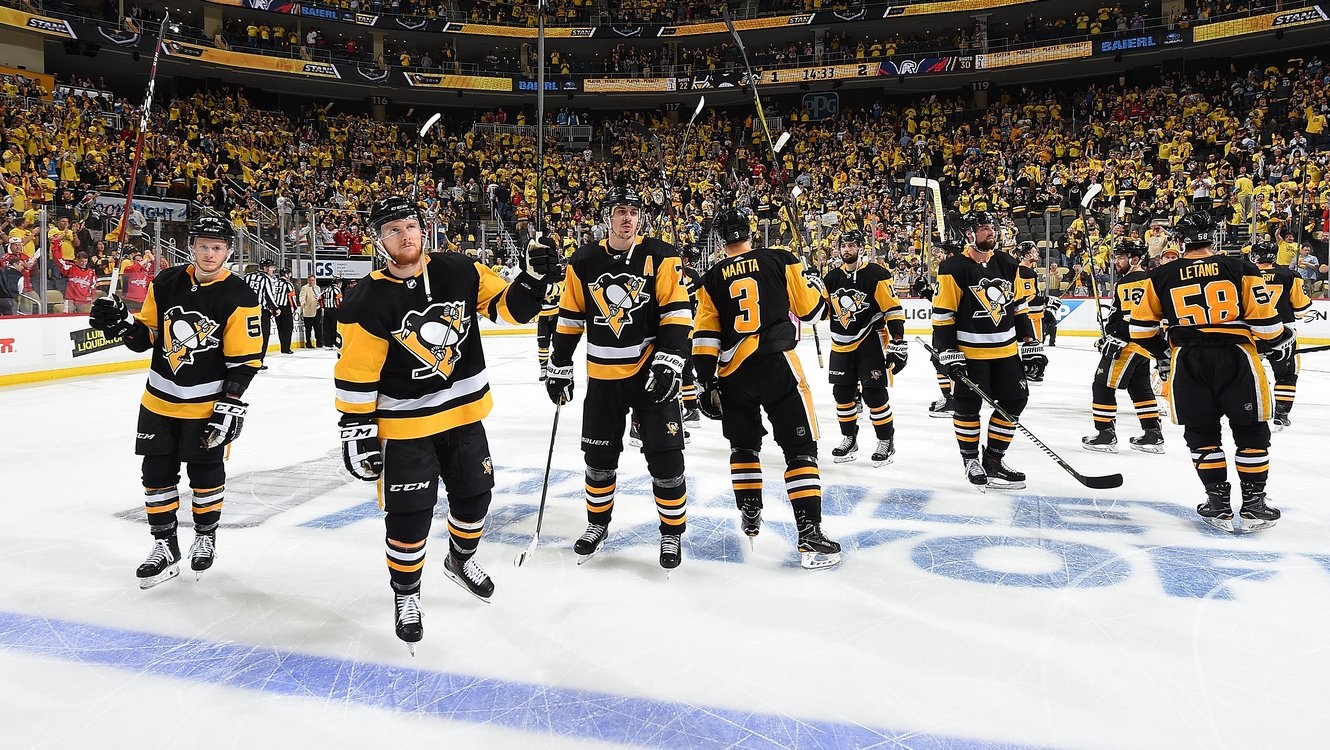 Aftermath: The Penguins fall short of a Triple Crown

For fans of thoroughbreds, Triple Crown season arrived with the running of the Kentucky Derby last Saturday afternoon. If Derby winner Justify wins the Preakness two Saturdays from now, he will head to New York aiming for history and a Triple Crown when he runs the Belmont Stakes in early June.

Maybe some Pittsburgh hockey fans saw the horse racing analogy in the Penguins at the outset of the playoffs this spring. The black horse with gold trim was striving for a third straight Stanley Cup title – a Triple Crown dream that might also be realized in early June – but this script was too good to be true and reality has a way of horse-whipping your sac.

Monday night, it was Evgeny Kuznetsov flying up the middle of the ice like a pre-gelding colt surging on the homestretch to pass the tiring two-time champion at the wire. As Pensblog captain Rich wrote yesterday morning, “The path to a third consecutive Stanley Cup was a little too steep for a group that has been climbing the mountain for the better part of the last two years … The tank was empty.”

The puck slipped through Matt Murray exactly as the clock struck 10 in Pittsburgh, but it might as well have been midnight. The Cinderella magic the Penguins possessed for the past three seasons deserted them and there would be no Game 7, and certainly no shot at a Triple Crown.

Even so, don’t be all negative like certain fecal Pittsburgh media and their suck-up, servile, lackey Twitter followers who can’t think for themselves. (Note: we will neither name them nor embed their urine-soaked tweets here to deny them the free publicity they crave but don’t deserve.) Ignore and rebuke all the negative agit-prop that is so stupid it defies all logic like the assertion the Pens must take this loss to their graves or pin all the blame on Kris Letang.

CLUBS WHO FELL SHORT OF A TRIPLE CROWN

Since New York Islanders won four straight Cups from 1980 to 1983, here is a brief look at the four other teams before the 2018 Penguins who fell short of a Triple Crown and “only” won two in a row. Note how none of them even advanced to the third round.

TL;DR – The Pens gave you untold joy the past few years winning two Cups. Winning three straight has only happened five times in the 100 year history of the NHL. It’s really hard to accomplish.

When the Battle of Alberta actually meant something. The juggernaut Oilers were tied 2-2 in Game 7 with visiting Calgary. With 15 minutes to go in regulation, rookie defenseman Steve Smith tried a breakout pass from behind his own goal line.

It didn’t work out the way he had hoped.

No one remembers that Perry Berezan was credited with the Flames’ goal, only that Smith royally screwed up at the worst possible moment.

Imagine if last summer Pittsburgh traded Sidney Crosby, Conor Sheary and Ryan Reaves to New Jersey for Taylor Hall, Travis Zajac, $30-million and the Devils’ 2018, 2020 and 2022 first-round draft picks. Then this spring, the Devils come back from 3-1 down to take the Pens to Game 7 in the First Round. Crosby scores the opening goal a minute in, then ices the Penguins with a shorthanded empty netter.

All of Pittsburgh would die.

That’s basically what Gretzky did to Edmonton here.

I was 8 when pens lost to the Islanders in game 7 in 1993. After back-to-back cups. I cried my eyes out, inconsolable. Some 8-year-old might have the worst day of their life today.

For the same reason you millennials will warn your future children not to ask you who Evgeny Kuznetsov is, you will warn them not to ask Grandpa who David Volek is. Or why he gets all choked up about Kevin Stevens when watching this game.

A nasty historic parallel: Pens are seeking a third straight Cup and are home for their 12th game of the playoffs. It turns out to be the first of that year to go to OT, and they lose. Happened in 1993 and 2018.

There’s a very short list of late 90s players a true Pens fan would have considered acquiring 1-for-1 in exchange for Jaromir Jagr. Peter Forsberg is on that list. When he wasn’t battling frequent injuries, there was no better all-around center in the NHL.

From the end of 1998 to the beginning of this second round series, Detroit had won 11 straight playoff games including the first two on Avalanche ice.

No problem. Forsberg scored four goals in the last three games including two in the clincher at Joe Louis Arena. He tapped in the opening goal on an odd-man rush then singlehandedly created the play that led to a breakaway for his second goal, all while being punished on and after his path to the net.