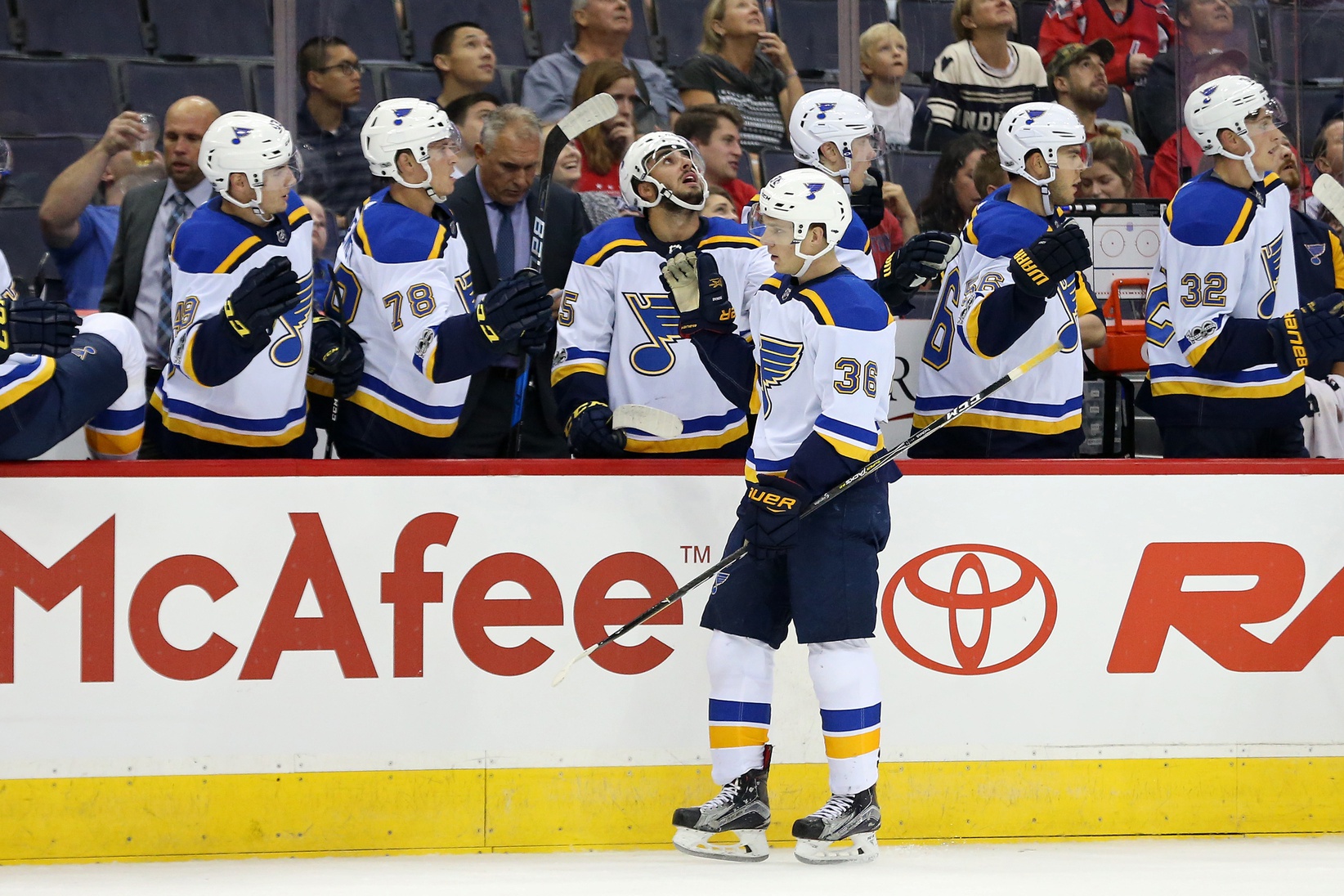 The future looks bright for the St. Louis Blues. Following a summer in which the team made some significant changes on offense, fans are counting down the days until the 2018-19 season starts. While it’s easy to focus on the immediate season ahead, there’s also a lot to be excited about down on the farm.

The Sporting News recently took a comprehensive look at all of the farm systems in the NHL, ranking which ones they felt were the best. The Blues ranked fifth on their list thanks to some extremely talented young players who could make the jump to the NHL in the very near future.

Below was their assessment:

“A busy offseason has added some legitimacy to the Blues’ annual quest for the Stanley Cup, and they still own several of the game’s premier prospects. Center Robert Thomas is looking more and more like a steal from the late part of the 2017 draft’s first round, where the Blues also plucked skilled power winger Klim Kostin. Roadrunner Jordan Kyrou, a second-round pick in 2016, won the OHL’s MVP award, and AHL goalie Ville Husso was outstanding this season and is NHL-ready. You also should expect defenders Jake Walman and Jordan Schmaltz will see some time with the big club.”

Robert Thomas looks like he’s destined to play with the Blues this season, barring any major changes. Jordan Kyrou has already proven he’s a force at the lower levels. Ville Husso may challenge Chad Johnson for time as the Blues’ backup goaltender. Several of the team’s prospects should make the jump over the next year or two.

Though these rankings are always extremely subjective, the Blues coming in fifth is particularly impressive when you factor in that they haven’t made a top-20 or better pick since 2010 when they selected Jaden Schwartz 14th overall and Vladimir Tarasenko 16th overall. They’ve built up their strong pool of prospects through some solid drafting and overall asset management.

Adding on, the Blues have been able to build a seemingly competitive NHL roster and a strong group of prospects without breaking the bank. Though the Blues have the largest current payroll in the league, they’ve mostly managed to avoid some of the crippling cap issues other teams face. Some significant money is coming off the books after 2018-19, leaving the Blues in a strong position to retain the talent they want.

Oh, and before we close this out, the Chicago Blackhawks ranked 23rd … so that’s awesome.