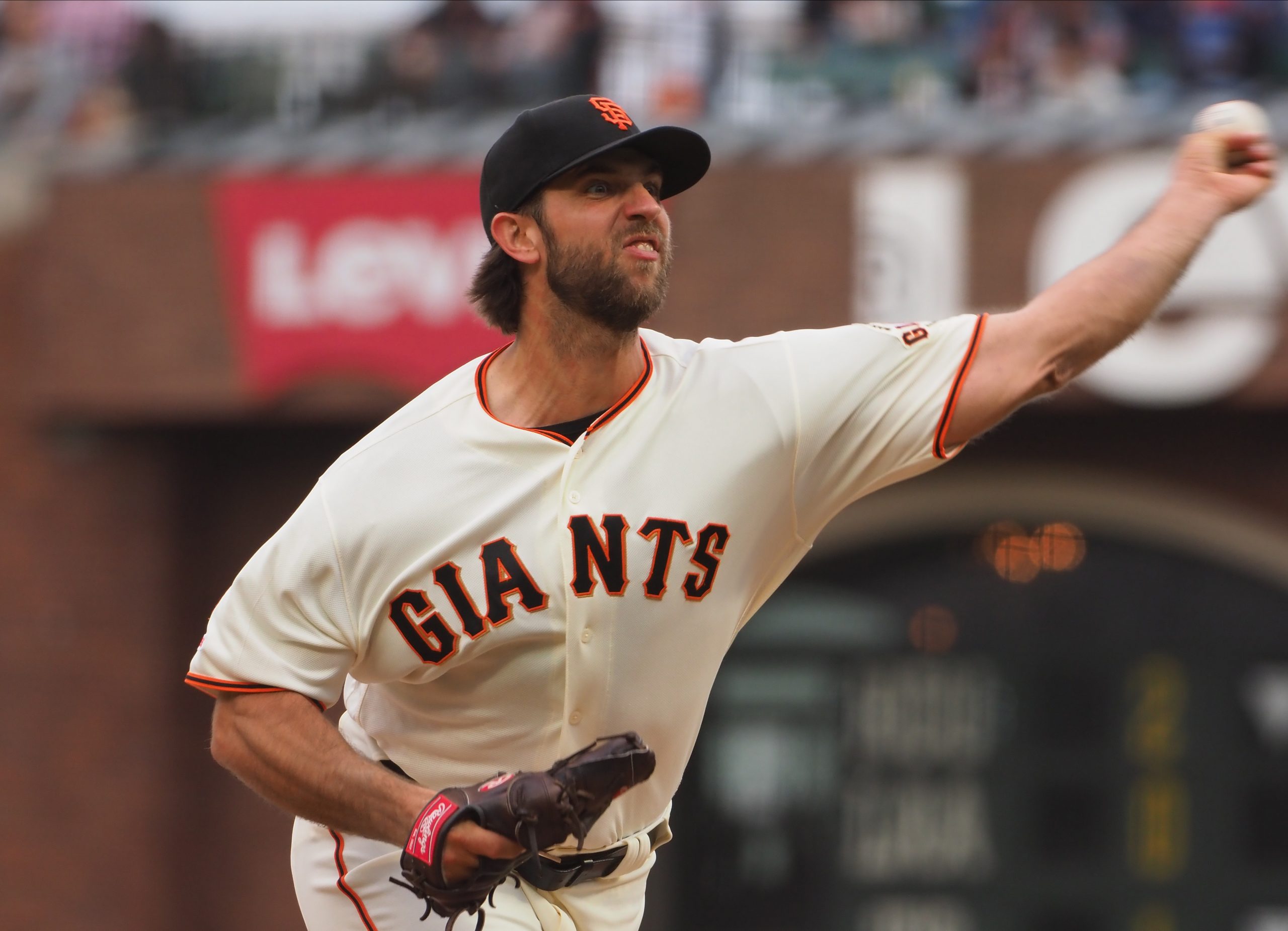 Right before the 2nd half of the 2019 season kicked off, I broke down six American League pitchers that the Phillies could look into at the end of July. Since then, a lot has changed. The trade season looks as if it is underway, as Andrew Cashner and Homer Bailey were dealt to the Red Sox and Athletics, respectively. Neither are blockbuster trades, but it’s a sign that the rumor mill will start picking up. Additionally, president of baseball operations Andy MacPhail spoke to the media about their deadline plans. While it did not seem like MacPhail was leaning towards being sellers as some have suggested, MacPhail also seems to think it does not benefit the team to be aggressive buyers, as they are not “one trade away from the World Series”.

Whether they make a splash or not, the one thing that has not changed is their need for starting pitching. Only seven games into the 2nd half, the Phillies are 3-4. There have been more poor starts than good ones, even with Aaron Nola starting two of those seven. The starting rotation is clearly a bigger need than anything else, especially as Maikel Franco begins to heat up at the plate. The trade rumors and reports of the Phillies being interested in various starting pitchers clearly point to that being the belief of the front office as well.

Maybe the most significant transaction news for the Phillies this month so far is the recent signing of Drew Smyly. Rumor has it that he will be on the MLB team right away after coming from Milwaukee’s AAA team, making his debut start this weekend against Pittsburgh. The left-hander had injury problems his whole career, but was a solid mid-rotation arm up until 2017 when he had Tommy John surgery and subsequently missed two full seasons. In his return with the Rangers, Smyly struggled mightily, putting up an 8.42 ERA in 13 appearances and just over 50 innings. It wasn’t just bad luck either, as his BB/9 was up to 5.96, his HR/9 was at 3.33, and his DRA at 9.67. If that keeps up over the couple starts he could make before the deadline, the Phillies may move on from him early.

Even with the terrible results from Smyly, there’s definitely a reason for the Phillies to be taking a flyer on the 30-year-old. Even despite the major injury struggles, in his short showing in 2019 Smyly’s velocity has bounced back completely, the percentage of pitches in the zone have matched his career marks, and he’s still been able to produce whiffs with each of his pitches. The only clear differences from 2016 Smyly and 2019 Smyly are that he has lost slight movement on each pitch, hasn’t been able to get as many swings on fastballs out of the zone, and when he’s been hit it’s been in the air more often. The Phillies are betting that the lack of chasing and increase in flyballs is not who Smyly is, but rather a small sample size and slow adjustment to a new league years after his last time pitching. 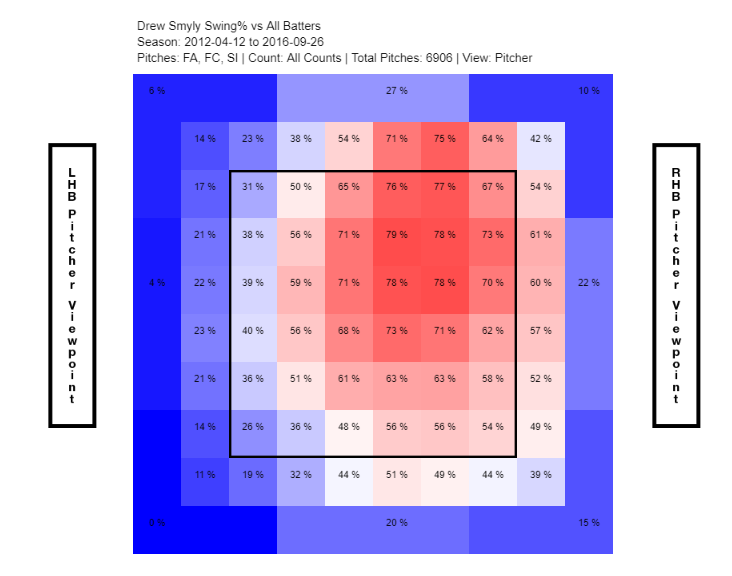 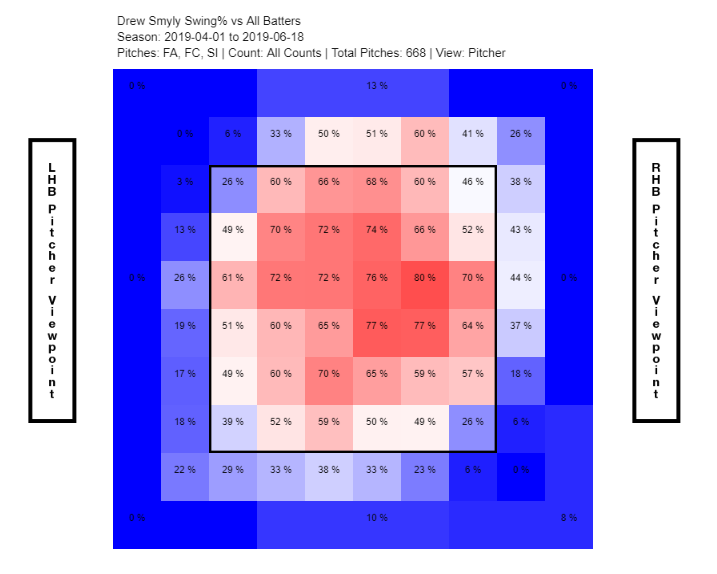 The Phillies will give Smyly a few starts to show if that’s the case or not. Should he perform similarly to how he did in AAA in his short time in Milwaukee, the team just added a cheap arm as an upgrade. How good could he be? In the three previous seasons before being shut down for two seasons, he put up a 3.94 ERA and a 4.05 xFIP in the American League, both about average for the time period. While he won’t eat innings, an average starter would be a great result for Philadelphia. There is a chance he won’t match that even if he is healthy. As a low velocity, low spin, flyball pitcher with no elite breaking ball, it’s hard to see how he could dominate in 2019. As of now, the Phillies are somewhat desperate though, and Smyly at least gives them some upside to test out. He won’t be the last starter they add in the coming weeks, however.

Recently, Jon Morosi reported that the Phillies, among a few other teams, are interested in Robbie Ray. The Diamondbacks are only a game back of the Phillies, but they still seem willing to sell this July. Robbie Ray is up there with the most interesting of their trade pieces. As a 27-year-old with control through 2020, Ray makes more sense for the Phillies if they do not want to waste their prospects on a rental.

Ray profiles as an above-average starting pitcher. While he has had trouble staying healthy over 162 games (only one season over 28 games started) he has had a clean bill of health this season. Since 2015, his first full season, Ray has had an xFIP under 4.00 every year. There have been ups and downs and changes to his pitch usage and effectiveness, but ultimately Ray is still a solid middle-of-the-rotation arm that can help the Phillies out. In 2019, Ray has a 3.81 ERA, 4.04 FIP, 3.89 xFIP, and a 4.20 DRA. ZiPS, Steamer, and Depth Charts projections for the rest of 2019 all have his ERA close to 4.00. That would be .3 earned runs per 9 innings better than the average NL starter, at about the average number of innings per start. That allows him to be arguably the Phillies 2nd best starter, although a clear step down from Nola.

Ray is certainly a unique arm, styling as a high-three-true-outcomes pitcher. Only Max Scherzer and Chris Sale have a higher K% over the past three seasons. No starter has a higher BB% over the same time period. The home runs have been slightly more controlled, but still above 1.20 in each of the past few seasons.

While Ray’s effectiveness has not taken a step back, his fastball velocity is town one mph this season compared to 2018, and two compared to 2017. It has risen up back to 93 mph as of late, but it is still not ideal. He has made other changes to his game to compensate. Ray started throwing his sinker a bit more this season. While his sinker has gotten 2% whiffs throughout his career, it has produced more ground balls. More significantly, however, is throwing his slider 10% more, and curve 7% less. Both have been similarly effective overall by pitch value the past few seasons. Over his career, Ray’s slider has gotten more whiffs but been harder to locate in the zone. In a new age of more balls out of the zone in favor of more swings and misses, it is not particularly surprising that Ray has relied on this new approach, or that it helped him.

What would it take to deal for Ray? It could be difficult considering other contending teams in the market, especially as they have more of a rush to get him for this year’s postseason, at least based on MacPhail’s comments. Based on the surplus-value of estimated performance and arbitration, it would take one of their top guys for sure. Maybe they can hold onto Alec Bohm, but the Diamondbacks would likely require one of Adonis Medina, Spencer Howard, or Luis Garcia.