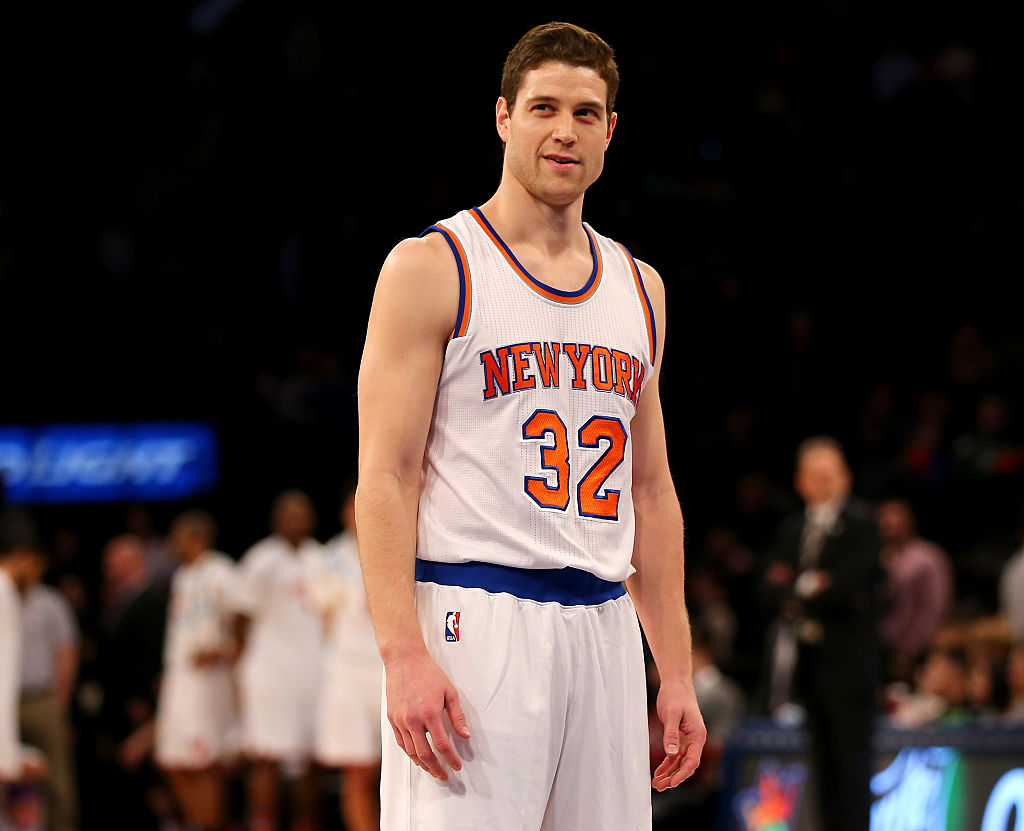 It’s a summer of action for Westchester Knicks alumni. While there were 12 Dub Knicks were on Summer League rosters, the action didn’t stop there. Nine former Westchester players competed in The Basketball Tournament with the hopes of securing $2 million grand prize and etching their name as the TBT’s fifth champion.

Team Fredette made a great run in their second year that include four victories over top teams. The No. 2 team in the Midwest region picked up an eight-point win over the Peoria AllStars in the opening round and secured a 10-point win over Jackson TN Underdawgs in their second game. Jimmer Fredette displayed his three-point range similar to his BYU days, including this deep three. He finished with 41 points on 6-of-11 from deep in a 104-91 win over the Fort Wayne Champs. Fredette was named to the All-Tournament Team.

Jordon Crawford showcased his defensive intensity and playmaking ability throughout the tournament. He was setting up the team and often found players in good situations to score. Ra’Shad James had an effective shooting performance against Scarlet & Gray, which saw him finish with 16 points and shot 4-of-5 from downtown.

Team Challenge ALS was one of the teams to watch in the summer tournament and they looked hungry to claim the title that the team nearly won last year. The No. 1 team in the West region secured a victory over Fort Hood Wound in the opening round behind Sean Marshall’s 20 points on 6-of-11 from three-point range. Marshall added in four rebounds and three steals. Team Challenge ALS defeated CitiTeam Blazers in the second round then took down Sons of Westwood due to the strong play of their bench. Their quest for the TBT championship was halted in the Quarterfinals when the team fell to Eberlein Drive, 67-78.

Like the other 71 teams who entered The Basketball Tournament, their goal was winning the TBT championship and the $2 million. But the team showed that the tournament was more than basketball. Players honored those who have fought ALS by having their names on the backs of their jerseys.

Talladega Knights, the No. 15 team in the Northeast region, had an improbable run in The Basketball Tournament. The team defeated Queens Struggle in order to face No. 2 HBC Sicklerville. Keith Wright ended the game with the game-winning basket in the Elam Ending.

Fort Wayne Champs, a team of players who played with the Fort Wayne Mad Ants, picked up victories in the first two rounds. That included a 93-82 win over No. 11 The Region and a 84-66 win over No. 14 Illinois Bc. Anthony Kent recorded 11 points, five rebounds, and two assists in their second round game. Fort Wayne Champs run in TBT came to an end with a 104-91 loss to Team Fredette.

One of the collegiate alumni teams, Purple and Black, featured a former Westchester player. Jordan Henriquez reunited with his fellow Kansas State alumni in The Basketball Tournament. Purple and Black suffered a tough two-point loss in the opening round to No. 7 Atlanta Dirty South. Henriquez recorded seven points, 10 rebounds, and two assists in the team’s lone game.

D3, a team that consisted of former Division 3 basketball greats, were the No. 13 seed in the West region and had a tough opponent in the first round. Sons of Westwood were victorious over D3, 90-65. Ben Strong finished the game with 19 points and four rebounds on 7-of-10 from the field and 3-of-4 from deep.

Team Utah was another team in the West region that featured a former Dub Knick. Nick Covington suited up for Team Utah and faced Few Good Men. The two teams went back and forth, but the Gonzaga alumni topped their opponent due to the free throws Matt Bouldin made to ice the game.

The G League season may have been over for four months, but the former Westchester Knicks left their mark in the 2018 summer tournament. This wasn’t the first year Westchester alumni suited up in TBT and it won’t be the last.

Is there a chance a team of former Westchester players team up and attempt to make a run in The Basketball Tournament in the future? Only time will tell.