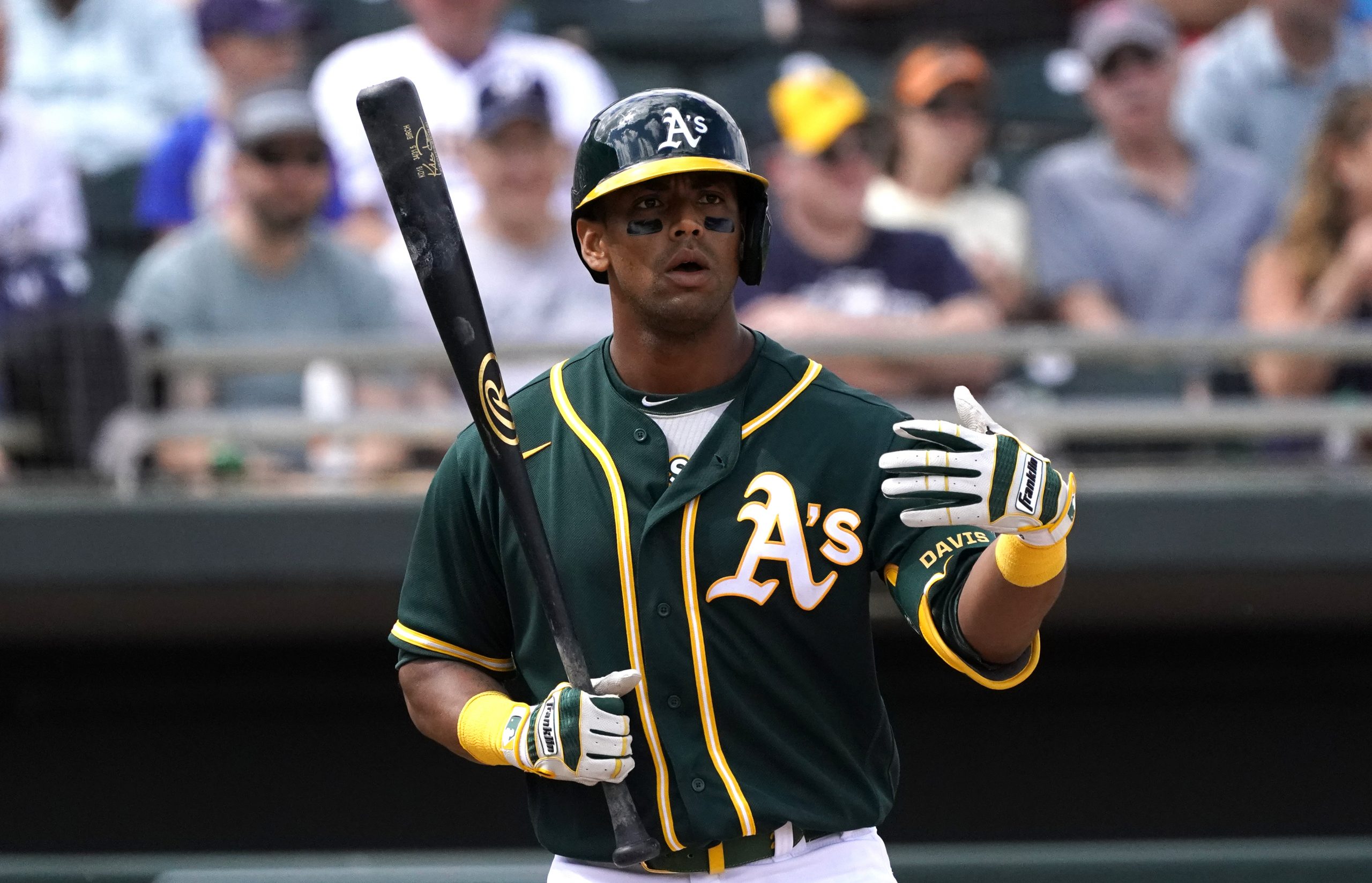 In a blockbuster trade on Saturday between two American League West Division rivals, the Oakland Athletics traded designated hitter/outfielder Khris Davis of Lakewood, CA to the Texas Rangers for two-time All-Star shortstop Elvis Andrus of Maracay, Venezuela according to Ken Rosenthal of The Athletic. In addition to Davis, the Rangers will receive catcher Jonah Heim of Buffalo, NY, and pitching prospect Dane Acker of College Station, TX. The Athletics will receive catcher Aramis Garcia of Hialeah, FL.

Both Davis and Andrus struggled mightily when it came to trying to hit the baseball consistently in 2020. Andrus was six points below the Mendoza Line at .194, while Davis only batted .200. Davis has been known throughout his career for his power, while Andrus has been known for his speed. However last season Davis only had two home runs, and Andrus only had three stolen bases. That was a major drop off to their career averages even with the abbreviated season due to coronavirus.

The Rangers will be the third team Davis has played for. In addition to the Athletics, he previously played for the Milwaukee Brewers. Davis’s two home runs came after leading Major League Baseball with 48 home runs in 2018. Also in 2020, Davis scored nine runs, and had 17 hits, five doubles, 10 walks, 28 total bases, one sacrifice fly, a .303 on base percentage, and a .39 slugging percentage.

Andrus has spent his entire 12-year career with the Rangers. Last season with Texas, Andrus only had 20 hits in 103 at bats, a major drop in production when you consider the fact he is a career .274 hitter.

Expect Garcia to be the backup catcher to Sean Murphy in Oakland, and Heim to be a backup catcher to Jose Trevino in Texas. Garcia did not play in the Majors in 2020, after playing two seasons with the San Francisco Giants in 2018 and 2019. Heim was a rookie for the Athletics in 2020, and had eight singles and five runs batted during 38 at bats.