Gerrit Cole has been virtually unstoppable for the Astros 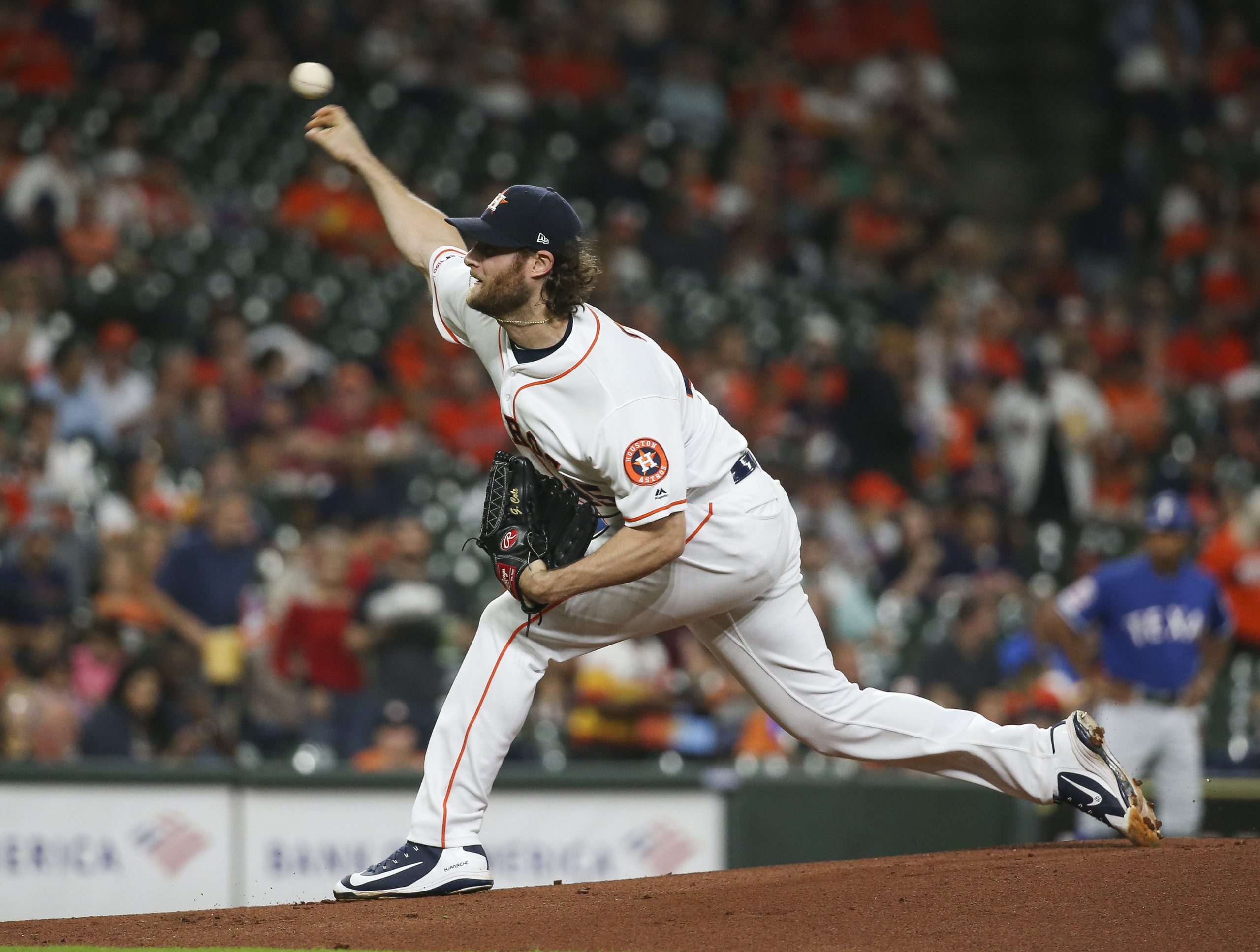 Remember when the Houston Astros were the laughingstock of Major League Baseball? You know, that wasn’t too long ago — they endured three straight seasons of 100-plus losses from 2011-13. That sure seems like a distant memory now, and while their rebuild approach was questionable at the time, they executed it perfectly.

Houston won again on Wednesday night, which has been a common occurrence in 2019. They became baseball’s first squad to 100 wins, which is something the organization has now accomplished for the third year in a row. In case you’re keeping score at home, that doesn’t happen too frequently:

The man on the mound for this game? That’d be none other than Gerrit Cole, who has scripted his own incredible bounce-back story just in time to hit free agency this winter. As the Astros hit a momentous team milestone on Wednesday, the American League Cy Young frontrunner notched his 18th win in typical Cole fashion. He allowed two runs on six hits, one walk, and 10 strikeouts in eight dominant innings.

Those punchouts put him over 300 for the season, making him the first AL pitcher to reach that number since some guy named Pedro Martinez:

.@astros ace @GerritCole45 is the 1st AL RHP with 300 strikeouts in a season since @45PedroMartinez in 1999. pic.twitter.com/4NeJfH8ioj

To accomplish something like this, racking up strikeouts in bunches was necessary. Wednesday’s 10-strikeout performance was the 19th (!) time he hit double digits, which, as you can imagine, also put him in some elite company:

#Astros Gerrit Cole has 19 double-digit strikeout games this season — he is just the fifth pitcher ever with as many in a single season, joining:

Cole’s season-long trajectory in strikeouts over the past few years has been eye-opening, as well. In an injury-shortened 2016 campaign, he posted a career-low 19.4% strikeout rate. He bounced back in his final year with the Pittsburgh Pirates, only to watch his production skyrocket in Houston.

This isn’t a surprising development, though. Houston has helped guys like Cole, Justin Verlander, Charlie Morton, Aaron Sanchez, and others hit another gear in their respective performances.

When it comes to Cole, he’s been leaning on his slider more than ever since becoming an Astro in 2018. Over the past two years, his usage rates for that pitch have settled in at 19.9% and 23.2%, which are the two highest single-season usage rates for Cole’s slider in his career.

While the 29-year-old has been dominant from the jump in 2019, it’s been interesting to watch some of his statistics finally show it following the first couple months. Check out how his ERA, strikeout rate, and walk rate have fluctuated each month this season.

His SIERA through the end of May (2.73) was spectacular and not much different from what he’s produced since the start of June (2.67). However, it’s nice to see that some of his traditional stats have caught up to his peripherals (4.02 ERA through end of May, 1.86 ERA since start of June).

Any way you slice it, Gerrit Cole is basically putting up video-game numbers for the American League’s best starting rotation (when using fWAR). There’s also the luxury of having the league’s best offense behind him whenever he takes the mound, which is obviously a recipe for success.

The Astros appear ready for October, and Cole is undoubtedly looking to put an exclamation point on a career year before hitting the open market.