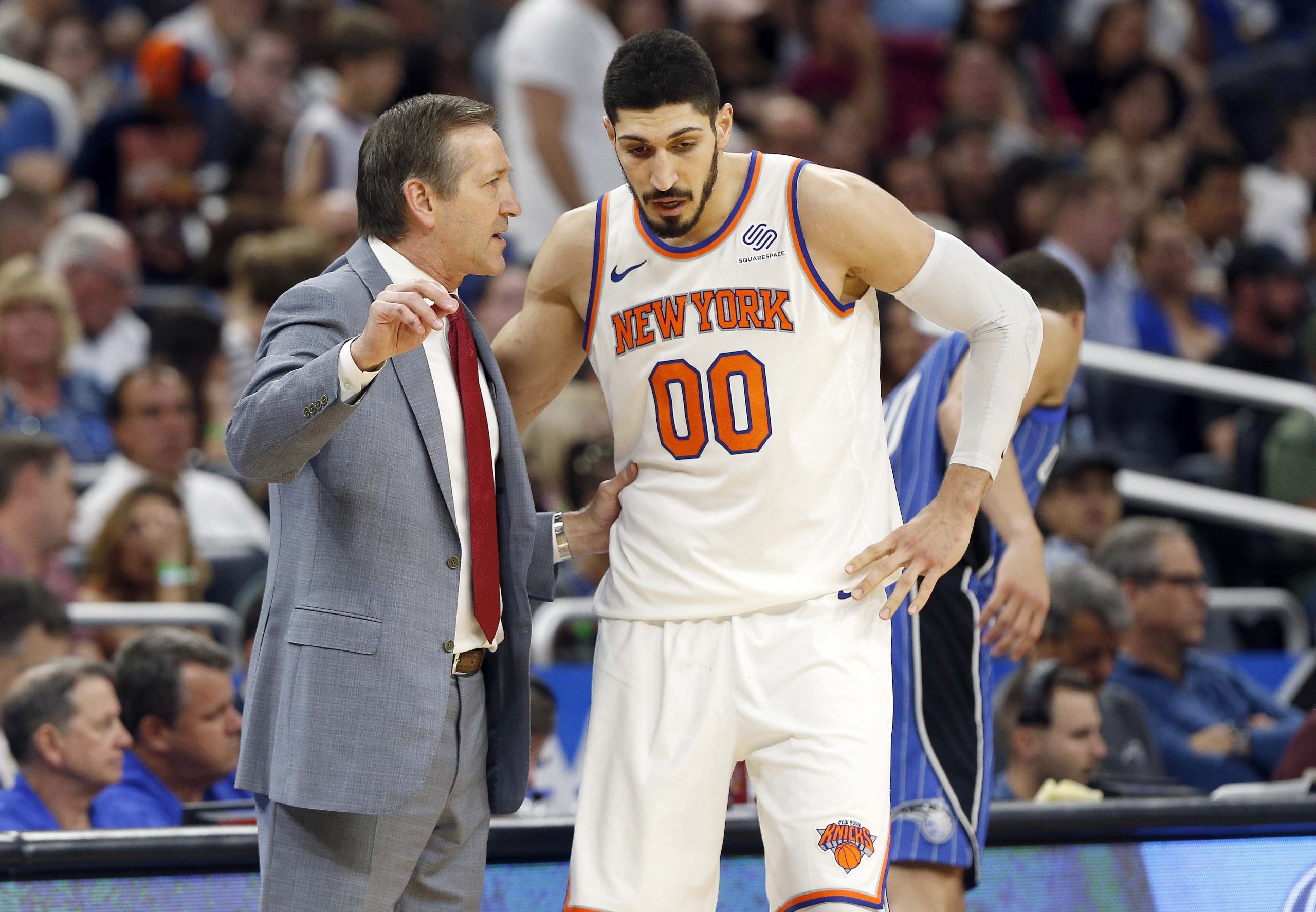 Well, that was quick. Following the Knicks’ win over the Cavaliers on Wednesday night, New York brass reportedly relieved Jeff Hornacek and assistant coach Kurt Rambis of their duties as soon as they got off the plane from Cleveland.

Such a move has since been confirmed.

Just like that, Steve Mills and Scott Perry have rid themselves of more of the few existing ties to past executive Phil Jackson’s tenure.

A longtime Jackson confidant, Rambis failed as interim head coach for New York and his time had truly run its course following four dismal seasons. As far as Hornacek goes, he never received his fair shake in the Big Apple.

Hired last season, Hornacek tallied a 60-104 record with the Knicks. For the former sharpshooting guard who competed for multiple championships with the Utah Jazz, his coaching tenure almost wasn’t his own. In year one, Jackson was breathing down his neck — insisting that the triangle offense be emphasized and making publicly disparaging comments about Hornacek’s top players along the way. How’s that for motivation? In year two, Mills and Perry equipped the head coach with a new look roster. The drama surrounding Carmelo Anthony was no more. The heart and soul of the ball club became Enes Kanter, a player Hornacek was previously familiar with due to his days as an assistant coach in Utah. As the season progressed, the coach’s fingerprints could be found along this roster, but injuries derailed hopes of contention. Tim Hardaway Jr.’s career year proved to be a stop and go campaign following nagging injuries. A torn ACL for Kristaps Porzingis was the ultimate the nail in the coffin.

Alas, Hornacek won’t get the chance to prove himself with the Knicks’ roster exhibiting its highest level of potential. Perhaps he should have.

Such a conversation would, at this point, be all for nothing. For New York, the objective will now become finding the right fit and making such a relationship last this time around.