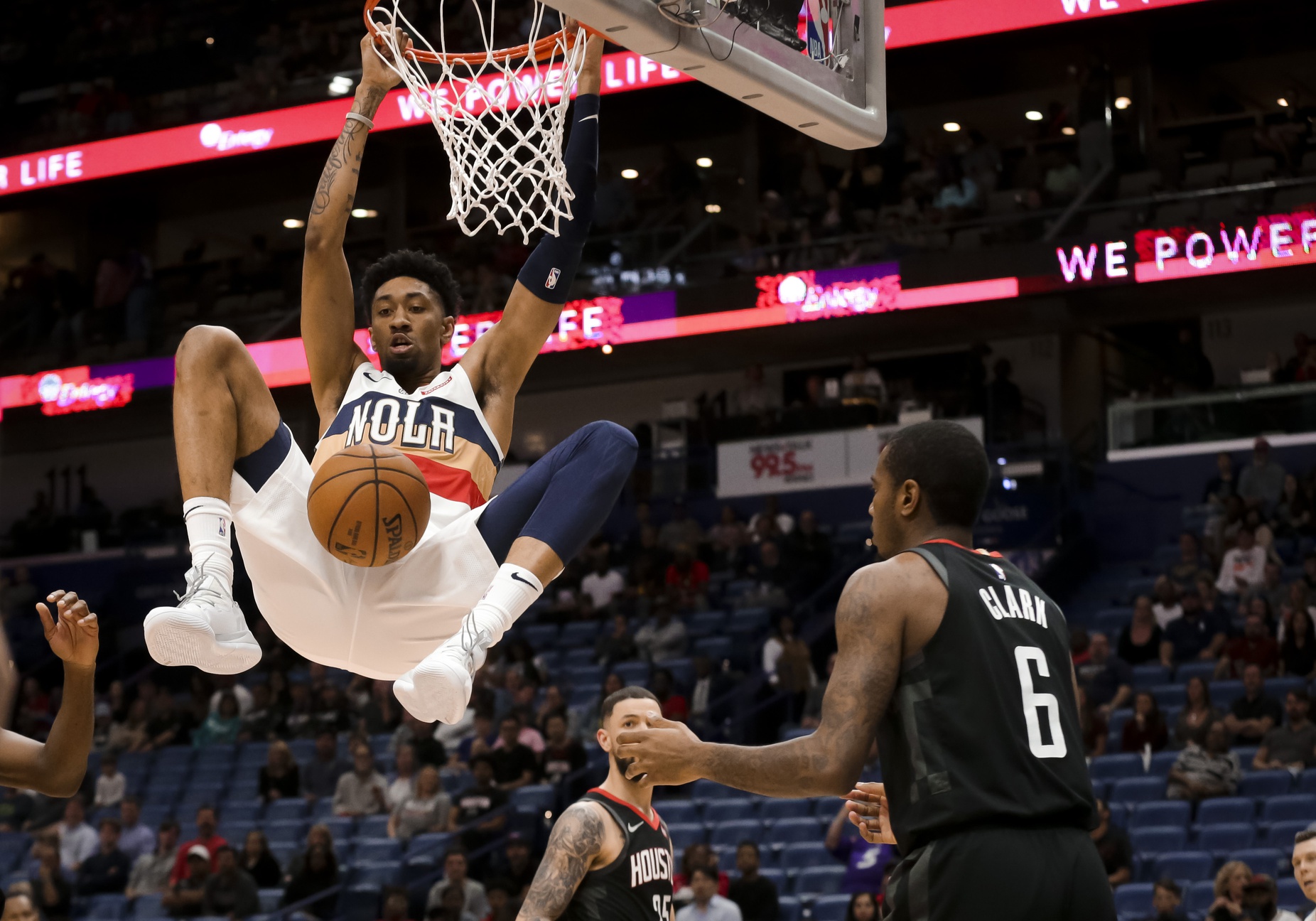 The Dallas Mavericks just pulled off one of the best moves of the offseason. The NBA Finals have not even ended and the NBA landscape is already looking different. Dallas addressed one of their glaring needs by trading for a stretch forward who can really benefit their frontcourt. The Mavericks traded for Houston Rockets forward Christian Wood on Wednesday evening in return for a package centered around the No. 26 pick in the 2022 NBA Draft.

The Dallas Mavericks are reportedly acquiring Christian Wood via trade and sending Boban Marjanovic, the 26th pick in the 2022 NBA Draft, Marquese Chriss, and Trey Burke to the Houston Rockets.

So far, the general consensus is that this was a great move for the Mavericks. What about the Rockets though? Plus, will Wood really assist the Mavericks that much?

Without further adieu, let’s take a deeper look at the trade.

What Wood Brings to the Mavericks

Christian Wood has been one of the more underappreciated stretch forwards for the past few seasons now.

Last year, it can be argued that his talents were swept under the rug due to him being on a lottery team, despite being one of the main options. As a matter of fact, he has yet to play on a contender. So far, Wood has played with the Chicago Bulls, Charlotte Hornets, Milwaukee Bucks, New Orleans Pelicans, Detroit Pistons, and the Houston Rockets.

For once, Wood will finally be in a win-now situation where his talents will be fully appreciated and utilized.

Last season, Christian Wood had a solid campaign despite playing for the rebuilding Houston Rockets. He tallied 17.9 points, a career-high 10.1 total rebounds, and one block per game. Not to mention, he also shot 39.0 percent from beyond the arc and possessed a player efficiency rating of 19.1. With these numbers, especially the outside shooting, Wood should thrive in Dallas’ offense spearheaded by Luka Doncic.

However, the Mavericks still gave up some depth for the stretch forward.

What the Rockets Acquired

With Wood now departing for Dallas, it opens the door for Alperen Sengun to gain more meaningful minutes.

The Rockets are extremely high on him and believe his ceiling is high enough to potentially build around him and Jalen Green for the future. On top of this, the Rockets also receive a quality backup big man in Boban Marjanovic who is a valuable rim protector and glass eater. The cherry on top was another first-round draft pick to go along with the third overall pick they already possess.

As of right now, this deal looks like a win for both sides. The Mavericks get a player who can instantly address one of their weaknesses and the Rockets clear some space and get another draft pick to assist in their rebuilding process. The post-James Harden era has not been kind to Houston so far, but it looks as if they are being patient enough and making the right moves in order to get them back to playoff contention one day. This trade was just as good of a move for them as it was for the Dallas Mavericks.

This trade was the first big deal of the NBA offseason and it very well could end up being the best one this year.