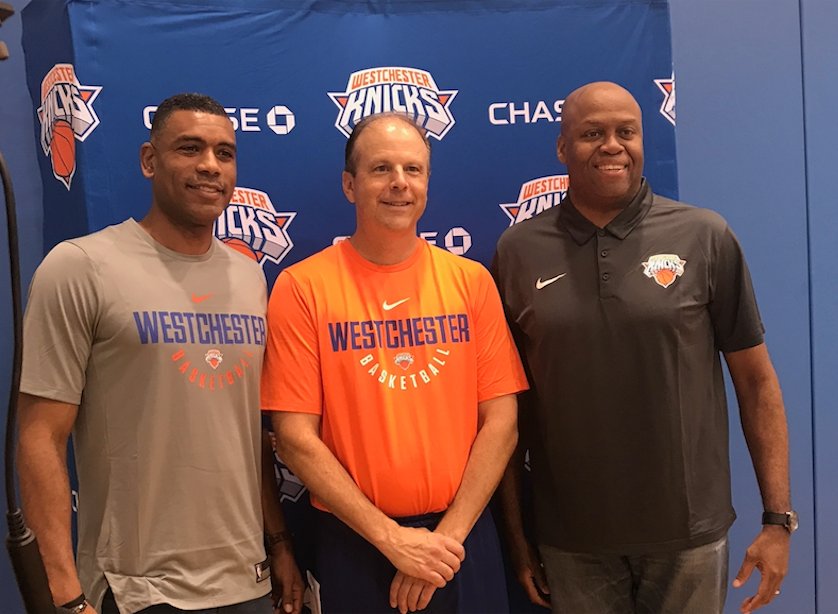 The Westchester Knicks released their schedule for the 2018-19 season, which will kick off in early November. With the season inching closer, the organization announced that Mike Miller will return to the team for his fourth season.

Miller, who was named the 2017-18 G League Coach of the Year, led the Westchester Knicks to a franchise-best 32-18 and an appearance in the Eastern Conference Semifinals. The Knicks saw Trey Burke, Nigel Hayes and Xavier Rathan-Mayes earn call-ups last season. Hayes earned three call-ups with the Los Angeles Lakers, Toronto Raptors and Sacramento Kings. In the past three seasons, Westchester has compiled a 79-71 record and made the postseason twice.

After Westchester lost the offensive output of Trey Burke following his call-up to the New York Knicks, the Knicks became more of a defensive oriented team. When the Westchester lost their starting five to the NBA, their level of production didn’t skip a beat. The depth of the squad produced at a high level and helped propel the team into the postseason.

Those players who have donned the Dub Knicks blue and orange have capitalized on the opportunity the G League offers, while continuously growing and developing their game. The organization and coaching staff have prepared their players for their next chapter in the basketball journey whether that’s in the NBA or overseas.

Westchester Knicks General Manager Allan Houston had high praise for Mike Miller before the start of the 2017-18 season and praised his dedication and maximum energy he brings every day.