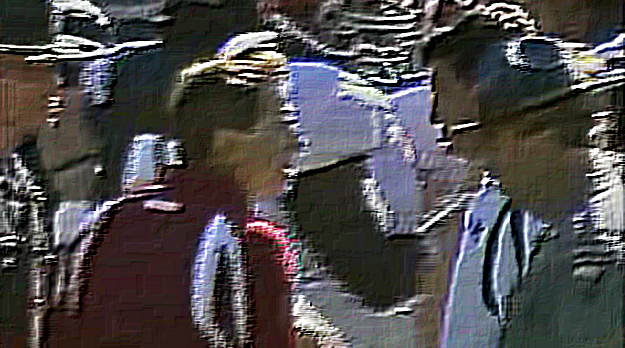 On Saturday night in Traffic Hell Circle Number Four, also known as Baton Rouge, Nick Saban’s Alabama Crimson Tide will meet Ed Orgeron’s* LSU Tigers in the annual CBS primetime game designed to push Uncles Verne and Gary to their maximum waking hours limits. As you may be unaware, it marks the second matching of wits between Saban and Orgeron where both coaches are employed as a head coach of a football program.

*I have no fewer than four cackles every time I read, think, or say this.

The first such battle of strategy took place almost a decade ago in Oxford when Saban was in Year One of constructing the Alabama Soul Harvester and Orgeron was marching to an 0-8 SEC season in his final year at Ole Miss. If you recall, it was the game in which Ole Miss, down three, reached the Alabama four-yard line with seven seconds left and was denied the opportunity to be sacked or throw an interception on the final play thanks to SEC replay officials going full SEC replay officials*.

*I remain mostly furious not over their stupidity, but that they didn’t allow the comedy of an Ed Orgeron seven-second drill to unfold.

However, we are not here today to recall gross incompetence from years past. Instead, we are here to gaze upon the players who had major roles in allowing Ole Miss Ed Orgeron to lose to Alabama Nick Saban by a field goal. Who were the #youth contributors who led to Saban telling his team to calm down after winning?

While not the wealth of talent that will see the field this weekend, a fine collection of Jefferson Pilot All-Stars. As someone who has followed Ole Miss football in a predominantly unhealthy fashion for quite some time now, I can remember most players when I read or hear their names. That day’s fourth-leading receiver for Ole Miss, Michael Hicks? My brain is showing a 404 error.

WHO SAYS OLE MISS LINEBACKERS DON’T MAKE IT TO THE NFL.

Oh to watch the face of 2007 Gray in that stadium as he watches a punt return go for -8 yards. I’m sure he handled it well.