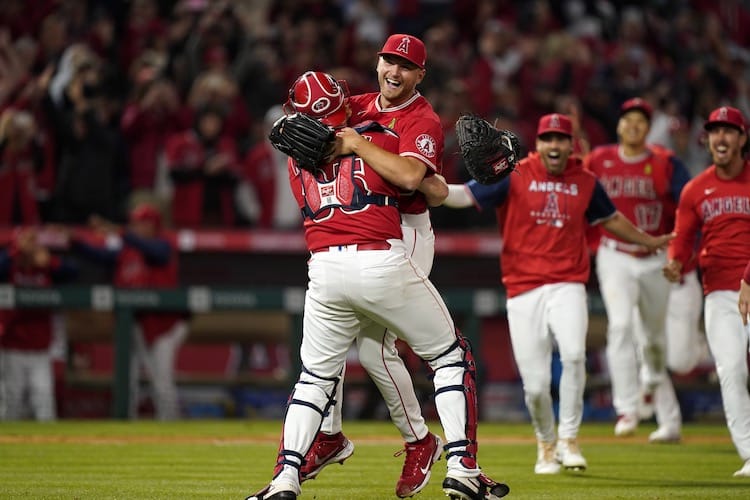 Reid Detmers of Springfield, Illinois made Major League Baseball history on Tuesday by becoming only the 25th rookie in MLB history to record a no-hitter. He accomplished the feat in a 12-0 shutout win over the Tampa Bay Rays at Angel Stadium in Anaheim, California.

If you were surprised at the no-hitter from Tuesday, you were not alone. Heading into the contest Detmers had a poor earned run average of 5.32. However, he had pitched much better in his three previous starts to the no-hitter, after giving up five earned runs in 3 1/3 innings in a 9-6 Angels win over the Texas Rangers on April 15. Now Detmers’s earned run average has dropped from a poor 5.32 to a very respectable 3.77.

The fact that the Rays were no-hit and gave up 12 runs should also be considered a surprise. That is because Tampa Bay is second in the American League East at 18 wins and 13 losses.

Related: Top 5 MLB Games Today | How to Watch the Best MLB Games on May 10

Detmers threw 108 pitches in collecting the no-hitter. He had 68 strikes and 40 balls. However the one statistic from the no-hitter which might be surprising is the fact that Detmers only had two strikeouts compared to one walk. Of the 28 batters he faced, Detmers got the Rays to fly out 14 times and ground out 11 times.

It was a great game offensively for the Angels. Mike Trout had two home runs, while Chad Wallach and Anthony Rendon also hit a home run.  In all, the Angels had eight extra base hits.

This was the second no-hitter in Major League Baseball in 2022 so far. The first came in a  3-0 New York Mets win over the Philadelphia Phillies on April 29. But what was the big difference between the Mets’ no-hitter and the Angels’ no-hitter is the fact that five pitchers were used for the Mets, while Detmers through a complete game for Los Angeles.