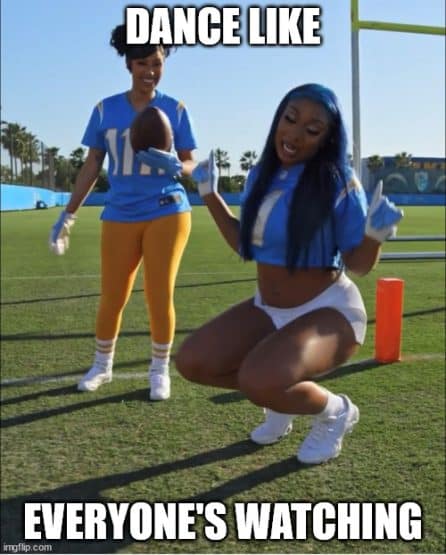 After the draft, the schedule release, and the beginning of OTAs, the thing that finally got me in front of the keyboard was Cardi B and Megan Thee Stallion playing catch with Antonio Gates and Keenan Allen. Not exactly, but it makes for a great story. Serioiusly, FAITHFUL READER, it’s time to really start thinking about the season. I know I’ve put it off and certainly losing the finale to the FUCKING RAIDERS had something to do with it. But I’m back now and much like Christopher Reeve in Superman II I won’t let you down again. Certainly, we couldn’t have asked much more from The Organization this offseason. There are no guarantees and the Rams model of signing everyone you can doesn’t often work. But the one thing we’ve all criticized them for, dating back to AJ Smith’s reign, is not signing any real talent during the summer. I can nitpick and focus on the fact that our kicker can’t really hit from beyond 50 yards or uncertainty at right tackle or the lack of emphasis on linebacking in Staley’s scheme…Shit, I’m doing it again.
Tom Telesco has acquired some real talent since that 1-3 finish. Whether or not it will be enough remains to be seen. I am sure any Bengals or Bills fan will tell you that making the Super Bowl only to lose is worse than not making the playoffs at all. The only positive about getting into the postseason is the hope that you might win it all. I still remember buying and selling my playoff tickets for what became our first heartbreaking playoff loss of the new millennium, on 1/8/05. I still remember writing about the buildup to our first playoff game since the New Year’s Wild Card loss to the Colts. I remember thinking (and writing) that we probably weren’t Super Bowl winners that season but, but that needed to make a good showing. I think we all know how that ended. 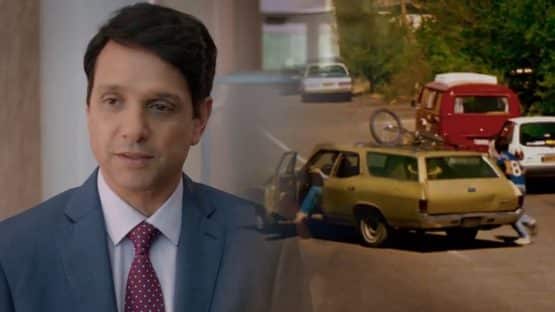 I never could have anticipated that we’d win four straight division titles after that and only get to the AFC Championship game once. Will the next time be different? We’ve got get back into the playoffs first.
I definitely feel like ownership gets that. I don’t care how douchy Dean and his sons are. Just win a fucking ring. I love Staley, but results are all that matter. We know how great he is on the sideline and in interviews. We’ve all been wowed by his press conferences and when he’s “mic’d up.” I don’t think they’d have automatically beaten the Chiefs in that second game if he’d opted for field goals. They let an eight and seven point lead slip away and Travis Kelce went untouched for the game winner. That was what lost that game and truly sank the season. They had ten days off after that and even with COVID losses they should have beaten the Texans. It’s easy for us to focus on Kenneth Murray being on the field (we know clearly injured now) over Kyzir White. White is now gone, as is Chenna. Which Kahlil Mack are we getting? No one knows. I don’t think they are being complacent, which is very un-Chargers like. We’ll have to wait until that first Sunday, which is September 11 this year, to see how it looks. Of course that first game against the Raiders won’t make the last one go away. Neither will the Thursday at Kansas City that follows.

“https://thesportsdaily.com/wp-content/uploads/2022/02/USATSI_17619623_168396541_lowres-555×370.jpg” alt=”betus Promo Code nfl pro bowl betting” width=”555″ height=”370″ class=”size-medium wp-image-1255865″ /> Feb 4, 2022; Las Vegas, NV, USA; Los Angeles Chargers quarterback Justin Herbert (10) during AFC practice at the Las Vegas Ballpark. Mandatory Credit: Kirby Lee-USA TODAY Sports[/caption] But we have all summer to think about that. I’m already thinking about hitting that Columbus Day game at Cleveland. Enjoy your long weekend. I’m about to go mix a margarita, blast some tunes, and grill some dinner for the fam. This installment of JUSTICE IS COMING is dedicated to all those who have passed away recently, and I’m not just talking about Ray Liotta.
We’ll talk soon.
JIC,
RLW