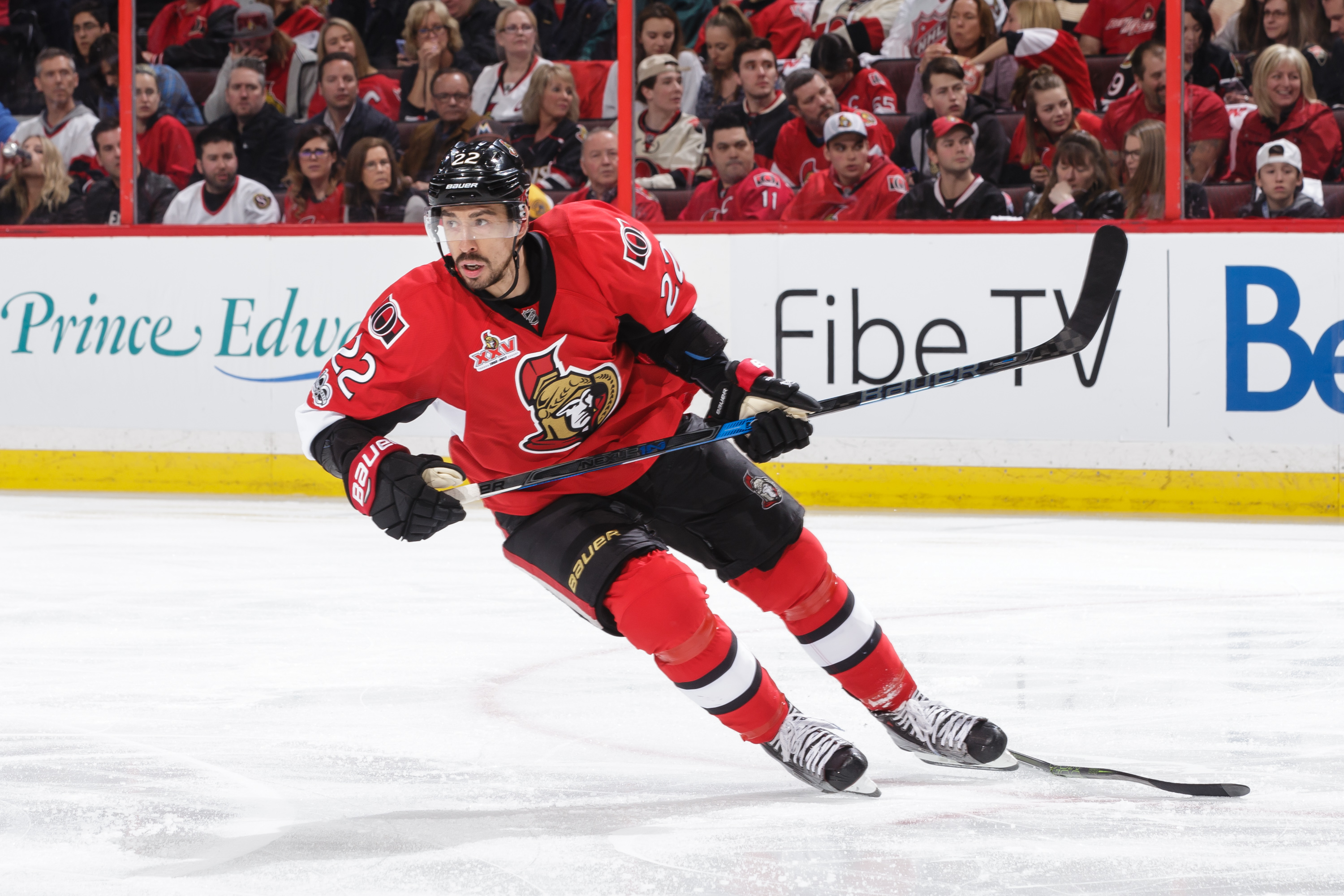 With training camps opening up this coming week, Peter Chiarelli is hard at work trying to finalize his team’s camp roster. Once again, that roster will include some veteran NHL talent coming in via professional tryout contracts. Last year, the Oilers brought Kris Versteeg and Eric Gryba in on PTO’s. This year? We know at least one player will be coming.

While the club has yet to confirm, veteran forward Chris Kelly will be joining the Oilers at training camp on Thursday. The news, first reported by John Shannon, doesn’t come as much of a surprise mainly because of Kelly’s connections with the organization.

Kelly is very familiar with Peter Chiarelli, having played for him in two separate stops. First, Kelly played in Ottawa where Chiarelli worked as an assistant GM until the spring of 2006. Chiarelli later traded for Kelly at the deadline in 2011 in Boston, where Kelly helped the Bruins win a Stanley Cup.

Kelly was a serviceable player for a long time, providing solid two-way play and very strong penalty killing ability. He’s also known as a great leader and a dependable guy to have on the team, which absolutely would appeal to both Chiarelli and coach Todd McLellan.

A look at Kelly’s scouting report via The Hockey News.

Can Kelly Make The Team?:

I do believe Chris Kelly can make the Oilers and earn a contract with the club in the next few weeks. Edmonton’s biggest issue currently is their penalty kill and Kelly can contribute in that area. His offensive game has become a non-factor (5-7-12 in 82 games) and his possession numbers aren’t great, but he can play a specific role in the NHL still.

With Anton Slepyshev currently on the mend with an ankle injury, there is a roster spot to be had. It’s also not out of the realm of possibility that Kelly can outplay and beat Brad Malone to be the extra center on the roster. While it’s not certain, it’s possible.

Is This A Good Bet?:

I don’t think anyone should be expecting Kelly to come to Edmonton and be a difference maker. That said, I think this is a fine bet by Chiarelli. He knows the player well and knows that he can help the team in an area of need. If that is still the case, Kelly could prove to be useful for the Oilers.

The beauty of the PTO is that if Kelly can’t provide that strong PK presence, the Oilers can flat out cut him and move on with no issue. There is really nothing to lose here.

If Kelly can still play, he’s going to get a contract and make the Oilers as their 13th or 14th forward for the upcoming season. I suspect that ends up being the case and that Kelly ends up on the roster come opening night. Chiarelli loves this player and believes he can fill a hole.