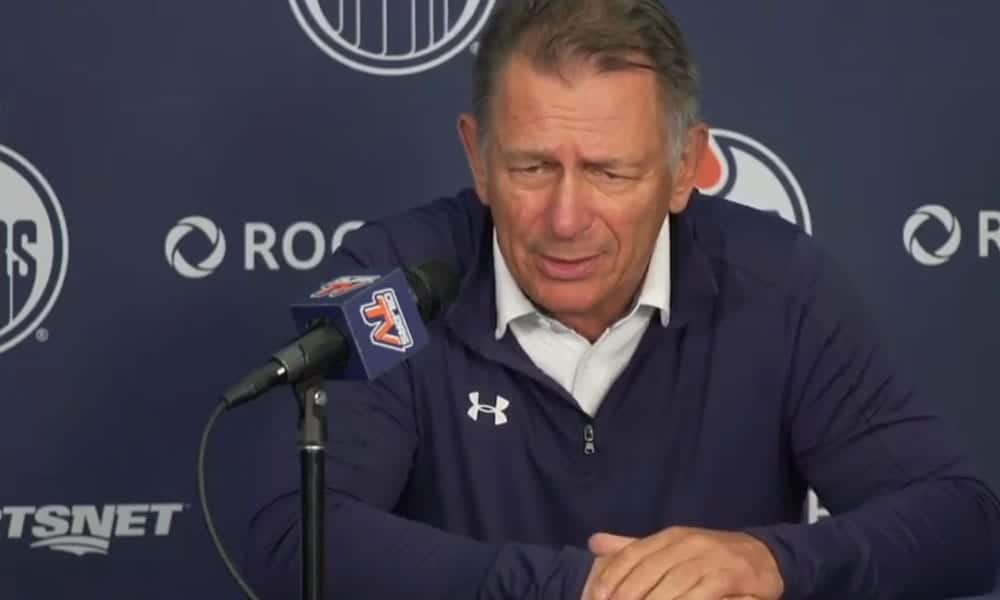 The draft represents the future, not only as the time when many of the league’s future players are selected, but also as the beginning of the offseason’s busiest stretches. With all the GMs convening, the busy process of making most of the yearly adjustments to their respective rosters.

In real time, moment to moment, pick to pick, there are ample discussions on immediate winners or losers, verdicts on each move in a vacuum. Of course, so much is natural, but analyzing the picture as a whole, all the offseason’s moves in concert, is important to keep track of as well. We don’t yet know all the moves that might get made, but between the draft and many trades throughout the league, we’ve seen teams begin to take stances heading into free agency, the Oilers included.

With that said let’s touch up on the big news and updates from the Oilers draft weekend.

Duncan Keith officially retires. Although there was a surprisingly large acquisition cost, not to mention cap hit, Keith’s retirement certainly is a positive from a cap perspective. Although those keen to the Oilers cap situation believe a large ($3.4 million) credit, the league has ruled that will not be the case. Regardless, this affords the Oilers the opportunity to build a better, more efficient roster.

GM Holland was clear to mention that Mike Smith is dealing with a significant injury situation. At just over $2 million against the cap Smith has been a very efficient contributor, not to mention a significant one. The rhetoric seems to suggest that there is little to no chance of him being an option for this season. In this case his cap hit would be cleared.

With roughly $8 million off the books between Keith and Smith, the Oilers added to that total in dealing away Zack Kassian to the Coyotes. It clears the Oilers most burdensome contract outright, giving Holland the ability to be aggressive in the signings and trades ahead. It cost the Oilers a mere 3 spots in the 1st round of the 2022 draft, but implicated a 2nd and a 3rd in the coming seasons. It was a steep cost, but a cost that fits the Oilers timeline. Perhaps the loss of draft capital prevents the Oilers from potential deadline acquisitions in the next couple seasons, but it allows the flexibility to create a stronger team in the present, when the most options are available.

Holland has been explicit in stating it, and we can all see and understand the need, as well as the opportunity, to nab one of the top UFA goalies, Darcy Kuemper and Jack Campbell. The Oilers have a clear starting role available and a strong team, as well as the cap space to make what might be too dollar for either. Kuemper has been linked to the Oilers before, while Campbell has been consistently linked to the Oilers in the past month of speculation.

Of course it is possible that another goalie could be had in a trade, we shall see what unfolds. The one thing that is assured is that the Oilers will be acquiring someone to star ahead of Stuart Skinner, as the waiver eligible youngster appears ready for a backup role.

F- Reid Schaefer: it’s easy to think he might be stylistically similar to Evander Kane, a big, fast, power forward, armed with a good shot and some goal scoring ability. He will likely be in the WHL the next 2 seasons, where he’ll likely take on a bigger role as his skills improve. We should see his offensive totals continue to climb, and Director of Amateur Scouting Tyler Wright was sure to emphasize that Schaefer’s game improved as the year went along and as the games got bigger.

Jonsson fits the bill for the current trend in goaltending, size. At 6 foot 5 inches, his selection might reveal more about where the position has gone across the board than it does about the Oilers strategy specifically, as more and more prospects available share that attribute. Jonsson was the number 1 option for a poor Brynas Jr. team, which couldn’t have helped his raw stats such as save percentage. Regardless, as with most 5th rounders, not to mention most goaltenders, it will mean a long while before we can start thinking about his name in the context of Oiler starts. Hopefully he can continue playing in a starters role, this time on a more competitive team, but he should remain in Sweden for at least another 2 years.

A left shot defender said to have a degree of physicality to his game, Yevseyev played most of this past season in the VHL, as opposed to the junior MHL league. Director of Amateur Scouting Wright noted that they were excited about the selection, even as he fell in NHL Central Scouting rankings as the season wore on. Despite modest offensive totals, it is encouraging that Yevseyev is playing in a pro men’s league, and it would be a nice development curve to see him thrive at the VHL level enough to push for KHL time in the next season or two.

A seventh round pick seldom pans out, but the Oilers have a number of close relationships to Maatta. The head Coach of NCAA Vermont is Oiler Coach Jay Woodcroft’s brother, Todd, and fellow Oilers prospect Luca Munzenberger plays on the team as well. Maatta is an older prospect, turning 20 the week of the draft, and had modest offensive totals in his freshman season. Clearly he is a hard worker, a coach’s favourite, and is said to be more of a two way contributor. There was some flash at the cancelled U20 World Juniors, so perhaps he can work his way into being a top 6 producer at the college level over the next 2 seasons. Although it seems like a long journey for Maatta, it’s hard not to point out some similarities to Zach Hyman’s developmental path and profile.