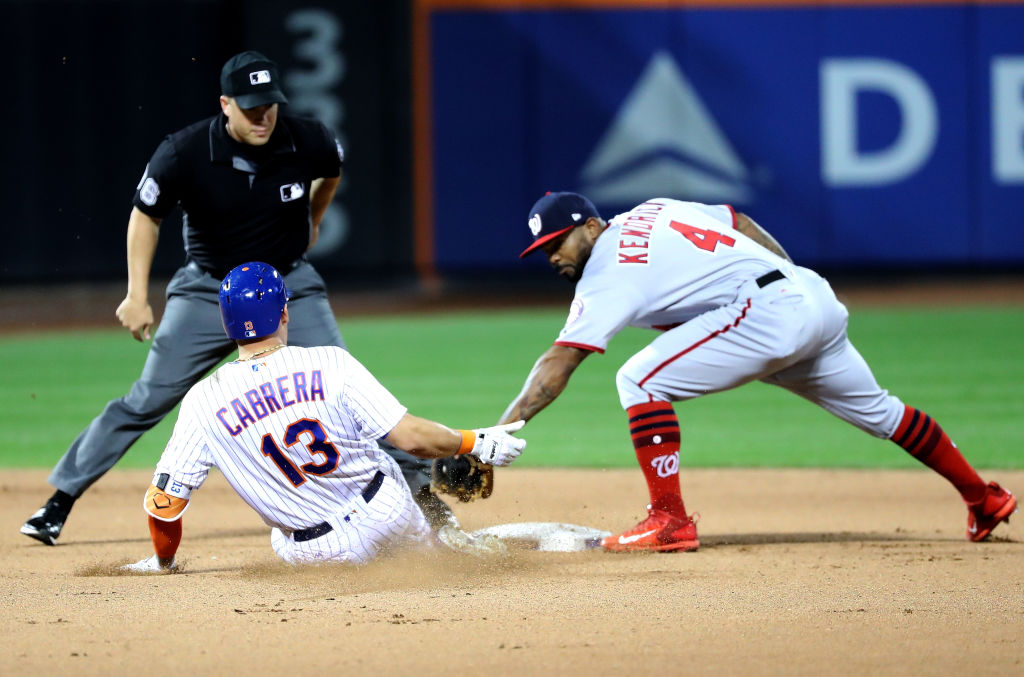 The New York Mets (66-87) scored an exciting win over the Washington Nationals (92-61) last night to open their weekend set with the National League East champs. While the contest was thrilling for the fans in attendance as the Mets rallied from a 6-1 deficit to score a 7-6 victory, the game didn’t mean much with the Mets long out of the playoffs and the Nats fielding a lineup filled with backups. The two teams will continue their three game series tonight, with first pitch for the contest scheduled for 7:10 pm at Citi Field.

NEW YORK, NY – SEPTEMBER 22: Asdrubal Cabrera #13 of the New York Mets gets tagged out at second by Howie Kendrick #4 of the Washington Nationals on September 22, 2017 at Citi Field in the Flushing neighborhood of the Queens borough of New York City. (Photo by Abbie Parr/Getty Images)

Tonight will be an exciting night for the Mets, who will send Noah Syndergaard (1-2, 3.29 ERA) to the mound. Syndergaard will be making his first start since April 30th, when he suffered a partial lat tear against the Nationals in Washington, and will be limited to one inning in his return from the disabled list. Matt Harvey, who was originally scheduled to start tonight, will come on in the second inning and continue the game from there. The Nationals will counter with right hander Stephen Strasburg (14-4, 2.60 ERA). Strasburg has won four straight starts, including last Sunday, when he held the Los Angeles Dodgers to one run in six innings of work.