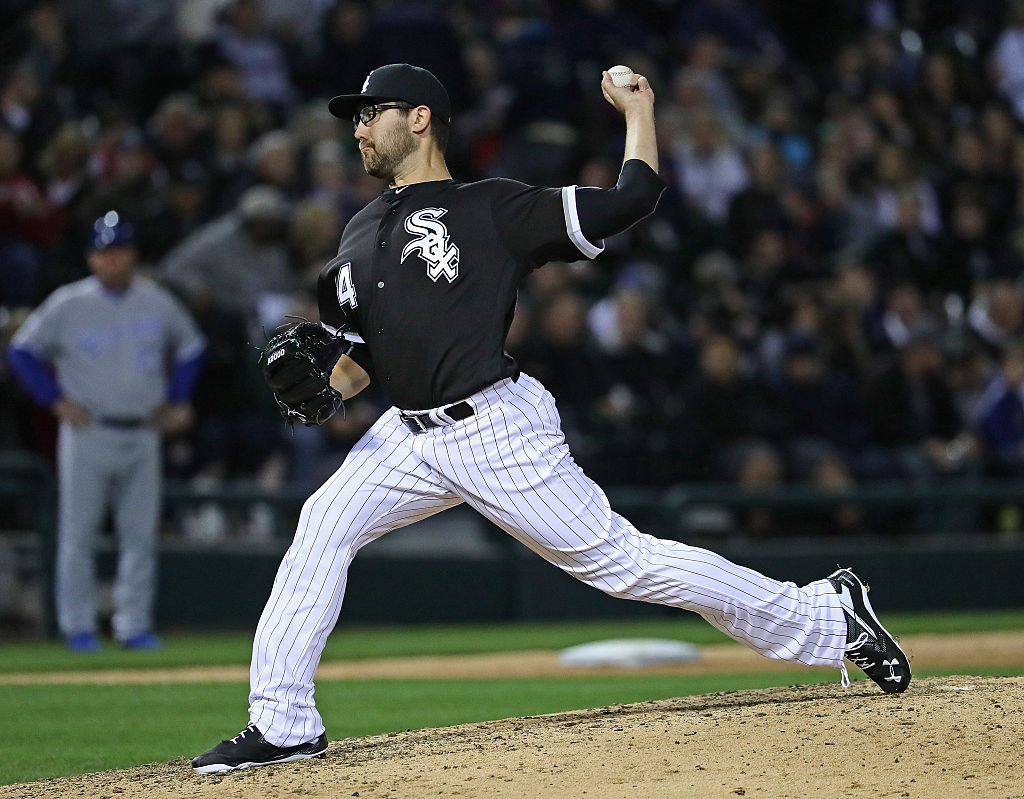 The New York Mets made their first official acquisition over the weekend. In what definitely will not be considered a splash, the Mets signed left handed pitcher Matt Purke to a minor league deal, MetsBlog.com reports. Purke, 27, has pitched to a 5.50 ERA and 1.78 WHIP throughout his six year minor league career. The 2017 season was a solid one for Purke, who pitched to a 3.84 ERA and struck out 80 batters in 65.2 innings pitched for the Chicago White Sox’ Triple-A affiliate. Purke has limited major league experience, when he appeared in 12 games for the White Sox in 2015 and pitched to a 5.50 ERA. The Mets have invited Purke to spring training, which will give him an opportunity to compete for a job in the big league bullpen.

CHICAGO, IL – MAY 20: Matt Purke #64 of the Chicago White Sox pitches in the 9th inning in his Major League debut against the Kansas City Royals at U.S. Cellular Field on May 20, 2016 in Chicago, Illinois. The Royals defeated the White Sox 4-1. (Photo by Jonathan Daniel/Getty Images)