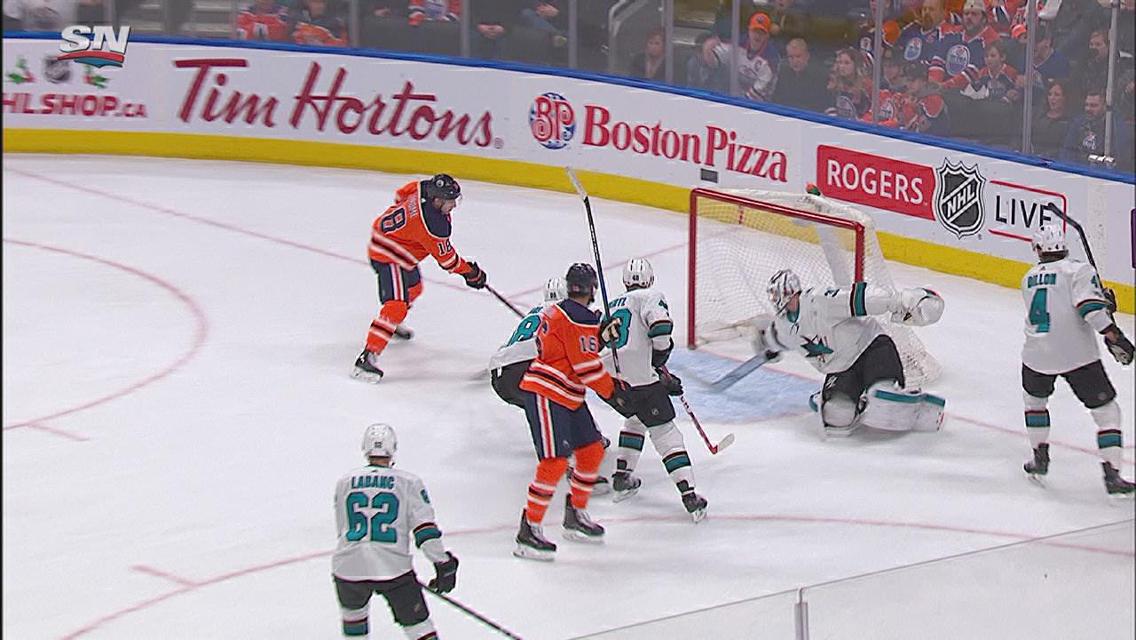 Leading up to New Year’s Day, I’ll be counting down the ten best moments of 2017 for the Edmonton Oilers. Luckily, unlike most previous years, there were some excellent moments to choose from for this team. Most of the moments are from last season’s late year push and playoff run, but the 2017-18 campaign has given us a few moments.

One of those moments actually came this past week, when much maligned forward Ryan Strome forever etched his name in the Oiler record books. Late in the first period of a pivotal game against San Jose, Strome received a pass from Leon Draisaitl with an empty net in front of him. Strome would slam the puck home for his fifth of the season, and the 10,000th goal in franchise history (NHL regular season).

Maybe even more importantly on Monday night, the Oilers were able to get a regulation win over the Sharks. Edmonton has now won three in a row and is slowly creeping back into playoff contention. Strome’s goal against San Jose was a major moment in Edmonton Oiler history and a major moment in what this team hopes is a push back above the playoff cutline.

Tomorrow, we’ll take a look at moment number nine of the 2017 calendar year.