Thor Gets Thanos'd As The Education Continues 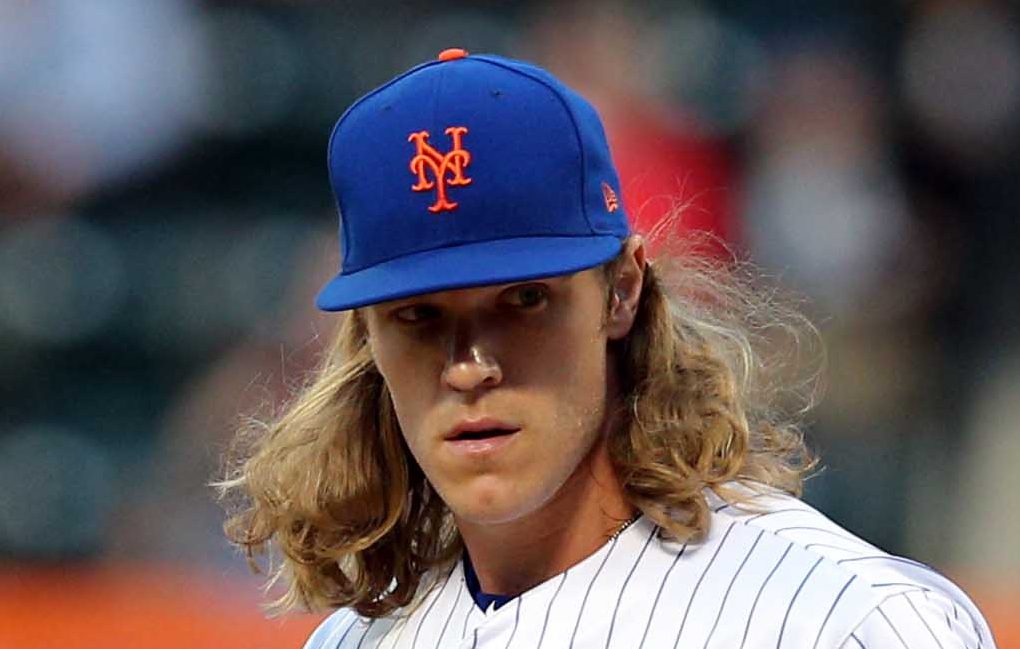 Thor Gets Thanos'd As The Education Continues

Noah Syndergaard threw 75 strikes out of 101 pitches in his last start against St. Louis. It was as brilliant as brilliant gets. He learned, as I think we all learned tonight, that you can’t do that against everybody, and you can’t do that against the Atlanta Braves. They smacked around Syndergaard’s fastball and it was 3-0 Braves before most people were in their seats. I can’t even be mad because Syndergaard was going with what worked and these Braves hitters were too good for it. And if Ozzie Albies and Ronald Acuna Jr. continue to climb towards the stratosphere and combine with Freddie Freeman and Nick Markakis to form f*cking Voltron like they did in the first inning on Tuesday, they’re going to be too good for a steady diet of fastballs for a long, long time.

Syndergaard settled in and kept the Braves off the board for five more innings while yet another Braves starter made their major league debut against the Mets and made it a memorable one. This time it was Canada’s Mike Soroka who gave up just a Yoenis Cespedes home run in his six innings of work. I can’t even be mad about it because Soroka is one of their top prospects and I have given up hope of ever blowing out a Braves prospect ever again.

The one thing that drove me nuts tonight was Amed Rosario’s at-bat in the seventh inning. Shane Carle starts the inning for the Braves, but left after two pitches with numbness in his index finger and thumb. (Poor kid if that’s Thoracic Outlet Syndrome.) Daniel Winkler comes in and throws two more balls to walk Gonzalez. Amed Rosario then comes up against a guy who’s barely warm and can’t find the plate. What does he do? Take a hack at a borderline outside pitch for strike one and give the advantage right back. I know baseball players do things differently now than in the 70’s and 80’s and I hate being the “in my day” guy. But I think in any era against a cold pitcher and in need of a rally down two runs, you have to make him throw a strike. Swinging at what was probably ball one turned the whole at-bat and the whole inning in Winkler’s favor, and in the favor of a Braves bullpen which has struggled this season. It’s part of the continuing education of Amed Rosario, and he deserves our patience so he can grow. I just hope that this isn’t why the Mets kept Jose Reyes, so he can teach him how to do what Reyes has been notorious for doing his entire career.

The ninth inning was similarly frustrating as Jay Bruce walked and Gonzalez got a gift on a fly ball which was lost by everybody including Chipper Jones and Brian Jordan. Rosario came up again and faked bunt/swung away, which was the right play, but I’m wondering if it was the wrong guy to execute that particular play with his struggles to make contact. Rosario struck out, Wilmer Flores drove in a run with a groundout to make it 3-2, and then Reyes flew out (after swinging at both pitches that he saw) to Acuna who gave us the ultimate tease of twisting around and acting like he was going to fall on his face before making us all realize that Braves don’t mess up game ending catches. Willie Harris didn’t do it against Carlos Delgado, Ender Inciarte didn’t do it against Cespedes, and Ronald Acuna wasn’t going to do it against Reyes. Just like Mike Soroka wasn’t going to bomb in his first major league start against the Mets. There are certain things that just don’t happen in life. Those are just a few.