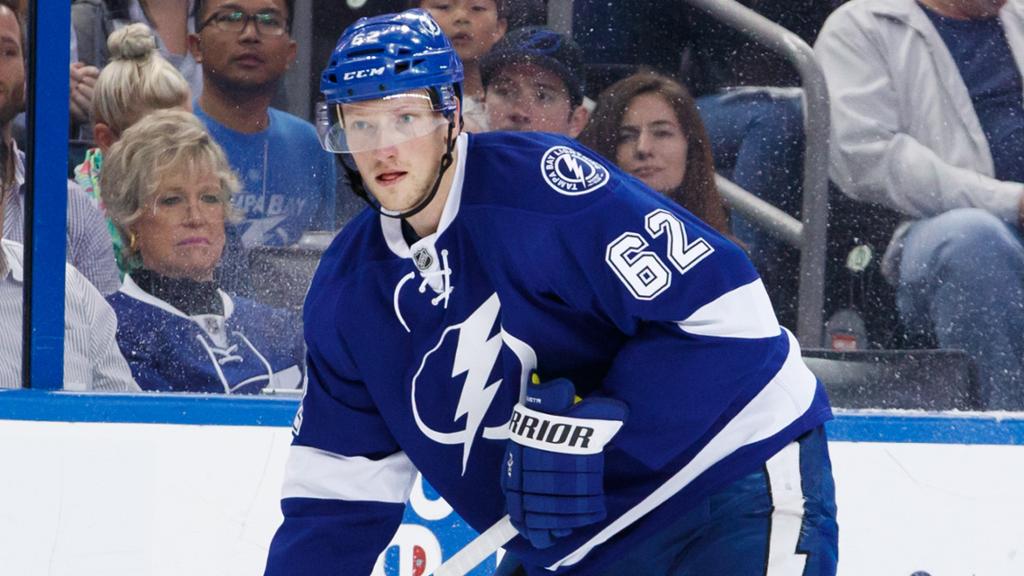 Sometimes, especially in the NHL, you can’t get what you want. You are forced, for numerous reasons, to look at lesser options and to try and find bargains. Due to cap issues this summer, the Edmonton Oilers will be forced to find some of those bargains.

The club’s top-priority, it appears, is to add a top-four defender who can move the puck and play on the powerplay. Ideally, that player is a right-shot. The problem is, almost every team in the NHL is looking for that guy. Even if you find him, he’s going to cost a ton to acquire in terms of assets, cash or even both.

Andrej Sustr isn’t a sexy name by any means. That said, he’s an NHL-caliber right-shot defender in need of a second opinion. He could potentially be had for cheap this summer on a ‘prove it’ contract.

Sustr seemingly fell out of favor with Jon Cooper during a tough year in Tampa Bay in 2016-17. He played in 80 games, but he saw his role get reduced and then went through a tough contract negotiation with the club in the summer.

The end result was a one-year deal that paid Sustr $1,950,000 for his services. He found his way into 44 games and struggled at times.

With Tampa Bay adding defensive help in the form of Ryan McDonagh at the deadline and with prospects like Cal Foote and Erik Cernak bubbling under, Sustr’s time is likely up.

Sustr is a right-shot defender and is a hulking presence. The Czech blueliner checks in at 6’7” and weighs 220 pounds. You wanna talk heavy hockey? This 27-year old could be a poster child when he gets the rough stuff going.

Sustr, via hockey reference, posted a 51% Corsi For percentage this past season. That’s an upgrade on his career percentage, which stands at 49.7%. This is a player that, on average, just about saws off the opposition when it comes to possession.

Here’s a look at Sustr’s scouting report via The Hockey News.

Assets: Has incredible size and skates reasonably well for his big frame. Is cool under pressure and a steady performer. Defends well thanks to his long reach and sound positioning.

Flaws: Could stand to develop a meaner streak in order to maximize his shutdown capability at the highest level. Lacks offensive prowess. Does not shoot the puck nearly enough.

Sustr, at this stage of his career, is a third-pairing option at best. He’s currently fighting for his NHL career and Tampa used him as more of a seventh defender this past season.

In Edmonton, he’d be the club’s third best right-shot option behind Adam Larsson and Matt Benning. So, if the club wants strict lefty-righty pairings, he’d be a third-pairing option.

Not much, if we are being honest. Sustr likely settles for a one-year ‘prove it’ contract if he sticks around the NHL, and probably plays for something around $1,000,000 as he tries to rebuild his value following a tough campaign.

Sure, the sexy option is to add a top-four option that can provide offense. Those are tough to find and even tougher to acquire, however. We can talk about adding that player all spring long, but odds are the summer comes and goes without a solution being found.

Peter Chiarelli is going to have to get creative and try to find some bargain options. Sustr is a decent buy-low candidate that should come cheap and could help in a depth role. Who knows, maybe he starts to trend back towards the player many thought would be a top-four option just two short years ago.

He fits the Chiarelli/McLellan template for a defender, as well.