Jason Vargas Will Make His Next Start Despite Another Poor Performance 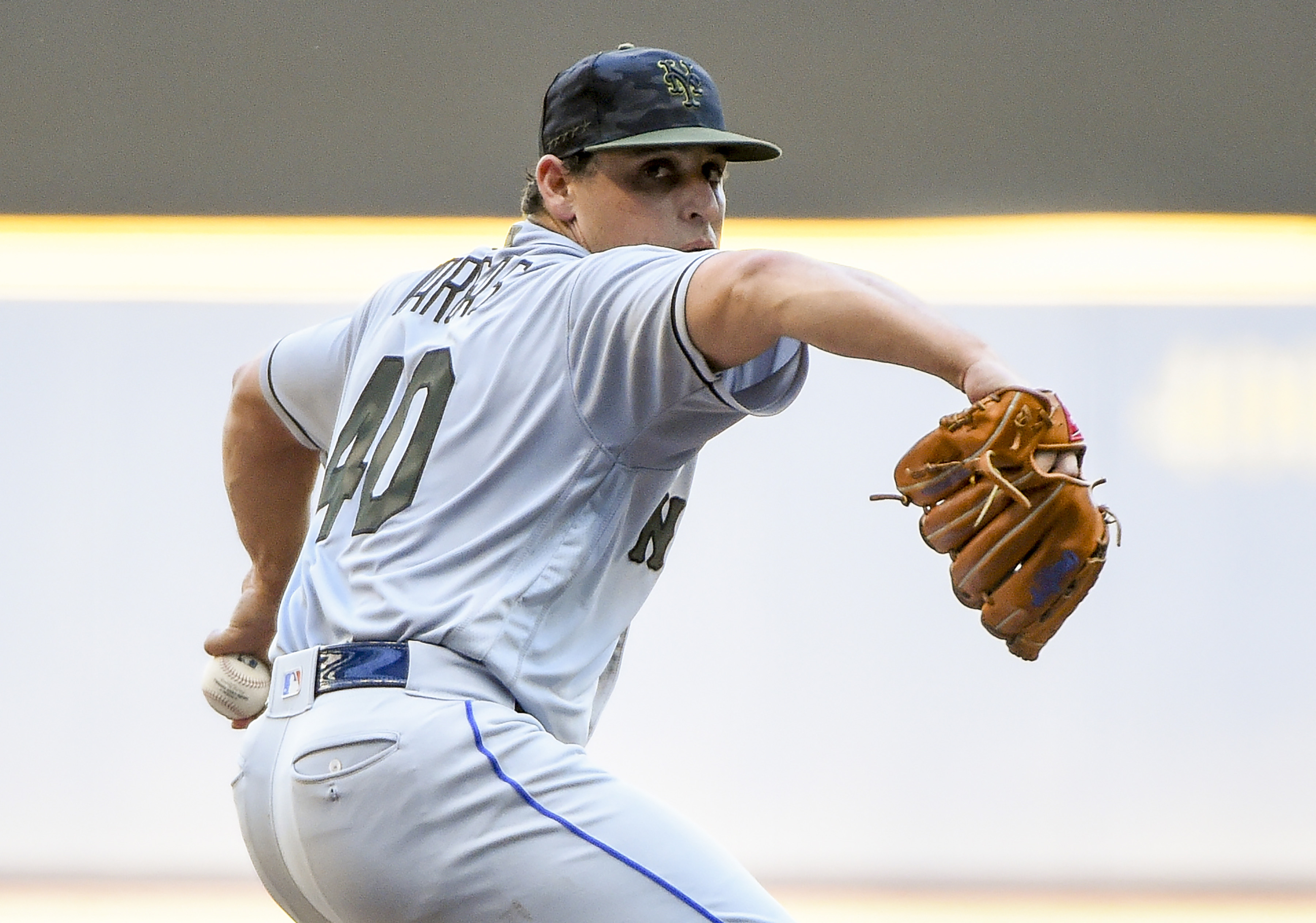 Jason Vargas Will Make His Next Start Despite Another Poor Performance

The New York Mets got another dreadful outing from Jason Vargas yesterday, who gave up five runs in three innings in a 17-6 loss to the Milwaukee Brewers. Vargas somehow escaped with a no decision despite his awful performance, but he now has a 10.62 ERA on the season, having given up 24 earned runs in 20.1 innings pitched over five starts. After the game, Mets’ manager Mickey Callaway indicated that Vargas will remain in the rotation simply because they don’t have another option right now, MetsBlog.com reports.

Callaway pointed out that the Mets don’t have a starter for the second game of tomorrow’s doubleheader yet, so they don’t even have a viable alternative for Vargas on the 40 man roster. Corey Oswalt, who some figured would make that start, landed on the disabled list for Triple-A Las Vegas with tightness in his lat. Matt Harvey is now in Cincinnati, giving the Reds solid performances the Mets rarely got after 2015. Rafael Montero is done for the year after undergoing Tommy John surgery, and Chris Flexen inspired little confidence in his long relief stint against the Brewers yesterday. P.J. Conlon is the likeliest option to get the ball on Monday night in Atlanta, but he hasn’t shown enough upside to take Vargas’ spot in the big league rotation.

The answer for the Vargas problem would appear to be putting Seth Lugo in the rotation, but the Mets can’t afford to pull him (or Robert Gsellman) out of the bullpen right now. With A.J. Ramos completely lost at the moment and Jerry Blevins struggling to get lefties out, Lugo and Gsellman are the two most reliable relievers in the Mets’ bullpen outside of Jeurys Familia. That calculus may change whenever Anthony Swarzak returns from his two month absence due to injury, but he appears to be at least another two weeks out from a comeback.

That means that the Mets are stuck with Vargas for now, whose next start comes Thursday against the Chicago Cubs. It certainly appears as if Mets’ General Manager Sandy Alderson made a $16 million mistake on Vargas, who is looking a lot more like the second half version of his 2017 self (6-8, 6.38 ERA) than the All Star first half version (12-3, 2.62 ERA). Assuming Swarzak is back by mid-June, Vargas most likely has two more opportunities to stick in the rotation: Thursday against the Cubs and June 6th, when he faces the Baltimore Orioles. Two more stinkers in those games will likely earn Vargas a demotion to the bullpen in favor of Lugo.