Where Is Rock Bottom For The New York Mets? 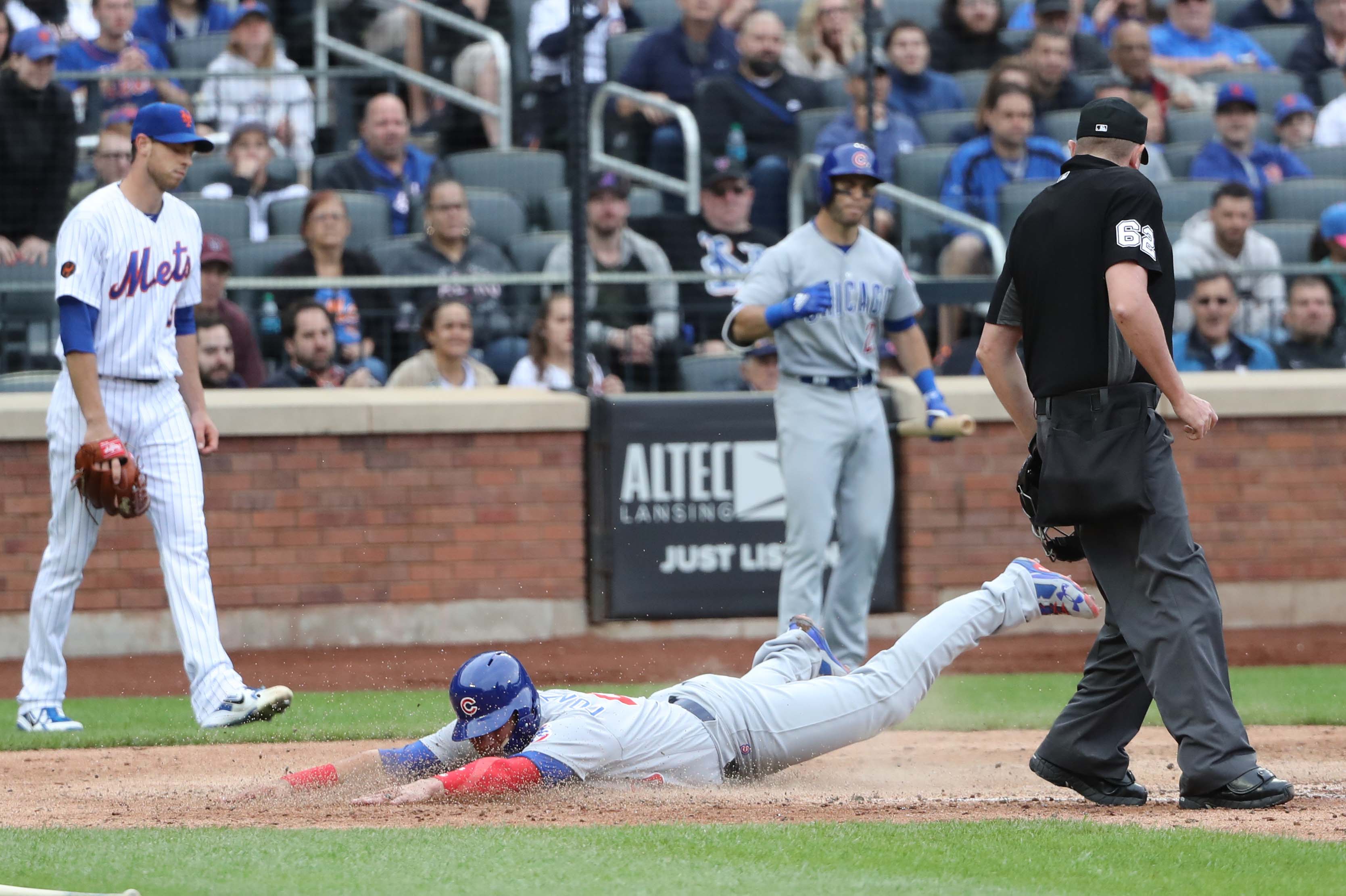 Where Is Rock Bottom For The New York Mets?

Prior to the start of their homestand on Thursday, New York Mets’ General Manager Sandy Alderson talked about a silver lining for his ballclub, pointing out that they had gone 8-8 over their previous 16 games despite a rash of injuries (ignore the fact that the Mets were still just 16-25 since April 14th). Manager Mickey Callaway doubled down on the optimism from Alderson, indicating that he felt the team had already hit rock bottom and that a team meeting wasn’t necessary. Fast forward four days, and not only has Alderson’s silver lining completely evaporated, but it looks like the Mets aren’t anywhere close to rock bottom.

Prior to the start of their series with the Chicago Cubs on Thursday, WFAN’s Joe Beningo predicted on air that the Mets would score four runs in four games since they have never shown an ability to hit at Citi Field. The Mets did slightly better than that, scoring six runs against the Cubs over four days, and (shocker) they lost all four games. The Cubs managed to score more runs (21) in the series than the number of hits (20) the Mets were able to record in four games, which is an embarrassing state of affairs. This comes courtesy of a lineup that is anemic against lefties, with the Mets now hitting just .203 against southpaws after the Cubs dominated them with three left handed starters over the weekend. The injuries certainly haven’t helped, with the past few days featuring Kevin Plawecki playing the role of John Mayberry Jr and Eric Campbell.

The starters have nothing to be ashamed of, as they pitched very well against the Cubs. Seth Lugo, Zack Wheeler, Jacob deGrom, and Steven Matz combined to allow just five earned runs in 24 innings pitched, a performance that was certainly worthy of four victories. The bullpen was awful, giving up 16 runs in 17 innings pitched, which makes sense considering the unit’s collective ERA has been around five and a half since the middle of April. The Mets’ defense, which inspired Callaway’s team meeting after Friday’s loss, was also abysmal. There were multiple instances of missed cut off men, bloop hits falling in thanks to a lack of range from the Mets’ outfielders, and just bad execution in general. The seventh inning yesterday took the cake, when Matz got stuck with a loss because the Cubs’ Javier Baez stole home on a pick off attempt at first and another run came home on a 203 foot sacrifice fly that Luis Guillorme fielded instead of right fielder Jay Bruce.

It says a lot when the manager called a team meeting (after he said it wasn’t going to be necessary) and the team continues to play flat baseball for the next two days. Part of it is due to a talent issue, with the Mets having at least seven players (Jose Reyes, Guillorme, Buddy Baumann, Hansel Robles, Gerson Bautista, Jose Lobaton, and Tim Peterson) who shouldn’t be on a big league roster for a club that wants to win. Its hard to identify what the other part of the problem is, whether it is simply players underachieving or if they don’t believe the manager knows what he is doing. Either scenario is a problem, and there is no easy fix for what ails the Mets.

Callaway has continued to maintain a somewhat optimistic view of the Mets’ situation, noting that the team has to stay afloat until they can get some of their better players back. Reinforcements should start arriving soon, with Todd Frazier and Anthony Swarzak coming off the disabled list tomorrow while Noah Syndergaard, Yoenis Cespedes, and Wilmer Flores shouldn’t be too far behind. Their returns should, theoretically, help improve the talent issue with the Mets’ roster. It is fair to wonder how good the team actually is, however, since they have done nothing but sink like a stone since their 11-1 start.

The schedule says that the Mets still have 105 games left, which is a lot of real estate to make up ground, but their 16-29 record since April 14th has brought them from first place in the National League East to fourth place and a seven game deficit. It is fair to question whether or not the Atlanta Braves and Philadelphia Phillies have staying power for this season, but the Washington Nationals have righted the ship after a rough start and are poised to get back Daniel Murphy and Adam Eaton soon. The Braves and Phillies are also in a better situation than the Mets long term and could make life difficult for them this season since both teams have a lot of games left with the Mets on their schedules, games that the team and its fans likely expected to win the majority of prior to the season. The NL as a whole is very competitive, so the Mets will need to pick up a lot more wins in order to get back in the hunt, a feat that may be daunting for a team that has looked bad for far longer than they looked good.

There have been a lot of comparisons between these Mets and the 2015 edition, but during that season Alderson was able to draw from a strong farm system (largely built by his predecessor, Omar Minaya) to fill holes on his roster. Michael Conforto came up from AA Binghamton to fill a big hole in the lineup while Alderson was able to trade away eight minor league pitchers to add Cespedes, Kelly Johnson, Juan Uribe, Tyler Clippard, and Addison Reed to his roster. Several players that Alderson traded eventually reached the majors, with Michael Fulmer being the only real star he dealt, but the Mets don’t even have trade chips of that caliber anymore with one of the game’s worst farm systems. Without a deep reservoir of prospects to trade from, it is hard to see how the Mets can find the pieces they need to improve the roster if they are able to get back into the playoff hunt by the All Star Break.

In all likelihood, the discussions surrounding the Mets by the trade deadline will be about returns for pending free agents like Jeurys Familia, Jerry Blevins, and Asdrubal Cabrera instead of what players the Mets will be adding. The schedule is still tough this month, with the New York Yankees looming at the end of the week and a 10 game road trip to Atlanta, Arizona, and Colorado to follow. It may feel like the Mets have hit rock bottom now, but they still may have more room to fall, and that is both terrifying and nauseating. The 2015 Mets certainly looked like they had a long window to win with a talented young starting rotation, but cheapness from ownership and poor decisions by the front office have virtually wasted that championship window, and that is a shame.