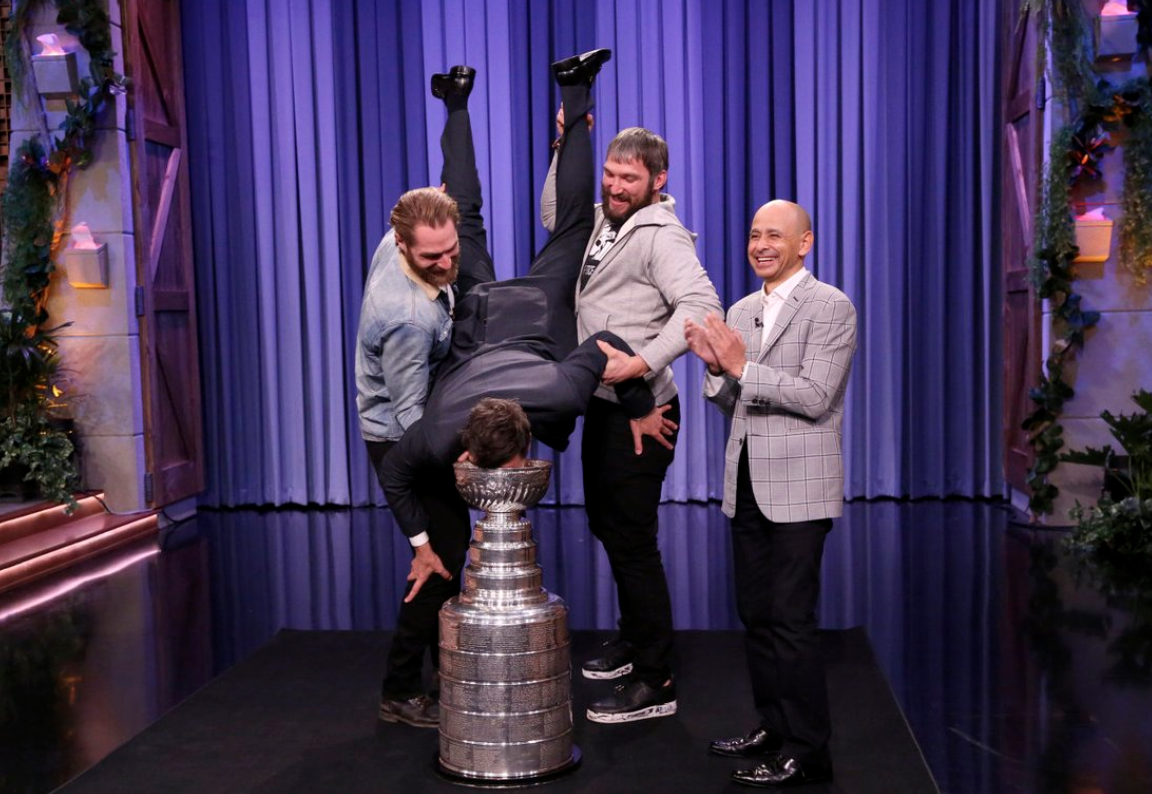 Jimmy Fallon was feeling a bit parched on Monday night. Lucky for him, a few Washington Capitals players had the perfect remedy.

Alexander Ovechkin and Braden Holtby appeared on “The Tonight Show Starring Jimmy Fallon,” and they brought a friend with them.

Spoiler alert: It was the Stanley Cup Trophy.

Not only that, they lifted Fallon up and had him drink from it — frat-boy-keg-stand-style.

You're a natural, @jimmyfallon!

Ovie did the same thing multiple times over the weekend, except with plenty of alcohol in the Cup, so he clearly has the system down.