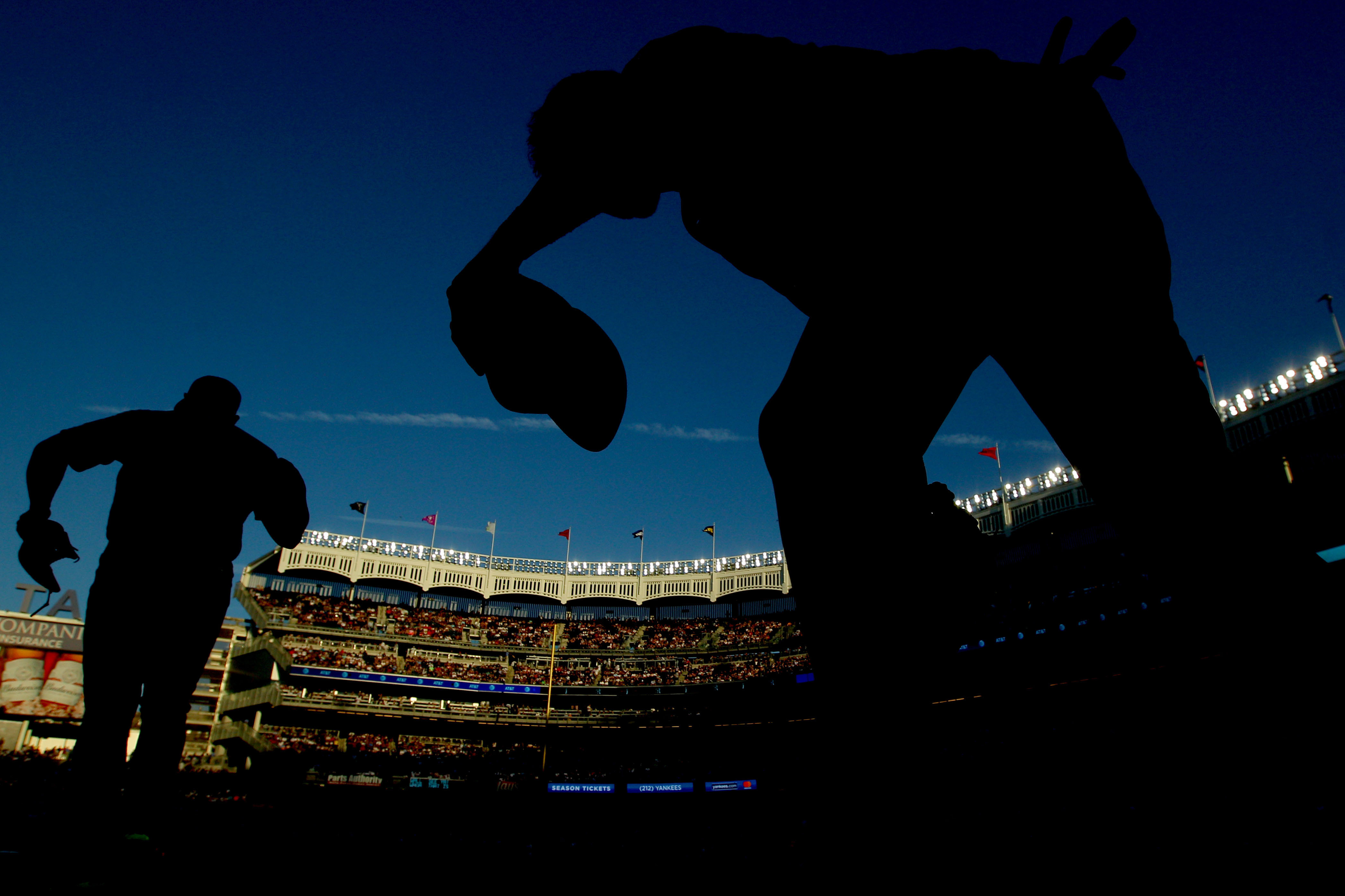 Well there sure is a lot to unpack tonight.

First off the return of Yoenis Cespedes to the lineup after having not played since the 2016 Wild Card playoff game. (Okay not really, it just seems like that.) Initial return? Pretty good. A walk, a single, and a home run off the fair pole that Cespedes thought was a pop-up. He ran, and didn’t fall down. This was good.

But Cespedes gave us something interesting after the game:

Cespedes says that the cause of his medical issues is calcification in both heels. He says the only way to fix the issue is surgery. He’s considering it for the off-season, but the recovery time is apparently 8-10 months.

If Cespedes needs surgery and the recovery is 8-10 months why isn't he doing it now in a completely lost season?

Because the Wilpons are salivating at the gate he’ll bring this year. They will probably have Mike Barwis put him on a regimen of squats and milk.

Cespedes also expressed frustration with things he’s seen on social media questioning his work ethic. He says he worked very hard to come back from his injury. On the criticism, he added: “It’s bad, but I’m not going to go down to their level.”

You tell ’em, Yoenis. And also tell ’em that you were already made to play through injury twice. The Mets put the fun in dysfunction. (Speaking of which, if you haven’t read Metsmerized interview with Nick Francona, who was fired by the Mets for criticizing the Mets policies on Memorial Day, then do so. It confirms what we long suspected about instances of organizational circus time.)

Then you have Noah Syndergaard, who “couldn’t wait to put a whuppin'” on the Yankees. And he was largely successful, as he threw 84 times with conviction through five innings, and gave up one run. He gave up 8 hits, but three of them were infield singles, and he got through most situations unscathed. The only issue was a drop in velocity by four MPH from inning 1 to inning 5, and perhaps that caused Mickey Callaway to lift him after five instead of six.

Seth Lugo gave up a couple of runs in the sixth on a double to Neil Walker (sheesh), and was huffing and puffing in the seventh. Gary, Keith and Ron were discussing how Mickey Art Howellaway was counting on Lugo going two innings, which is sad because it’s the first game of the second half against the Yankees and the Mets’ horrible season has forced him to manage this like a spring training game. (There was also another factor, but we’ll get to that.)

Luckily, Lugo got out of the seventh, and Robert Gsellman got through the eighth and ninth (again, another factor at play), giving up juuuuuuuust enough runs to keep the Mets on the right side of the ledger and give them a victory over the Yankees. It gives the Mets some dignity as they start the second half, which is all the Mets can play for now that the exodus is beginning soon. Perhaps within hours.

Source confirms: #Athletics working to get Familia from #Mets. No deal in place. Other teams might still be in mix. Interest from A’s first reported by @susanslusser earlier today.

There have been names mentioned such as third baseman Sheldon Neuse to SS/OF Jorge Mateo. Respectively, Oakland’s ninth and fourth ranked prospects. Mateo is a Top 100 prospect. Like, OMG!!!

But then there’s this:

The #Athletics had interest in Jeurys Familia, as @susanslusser reported. But apparently they’re not willing to take on as much money as another club in the bidding.

So much for wanting better prospects. I’m sure we’ll all wake up disappointed.

I’ll save this space for something special if the Mets get a Single A reliever for Familia. Or if the Mets insist on playing Cespedes the rest of the season while they’re a million games under .500.